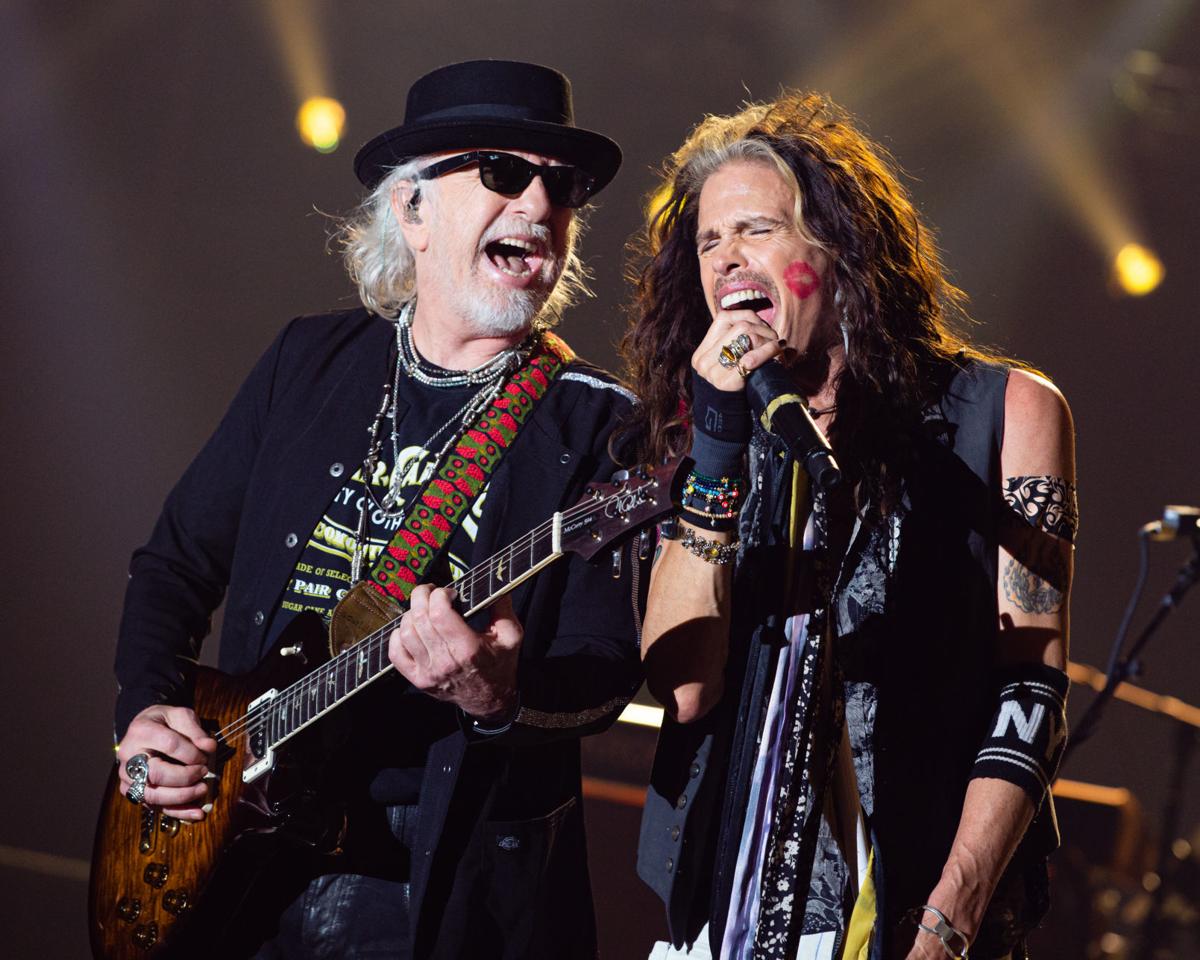 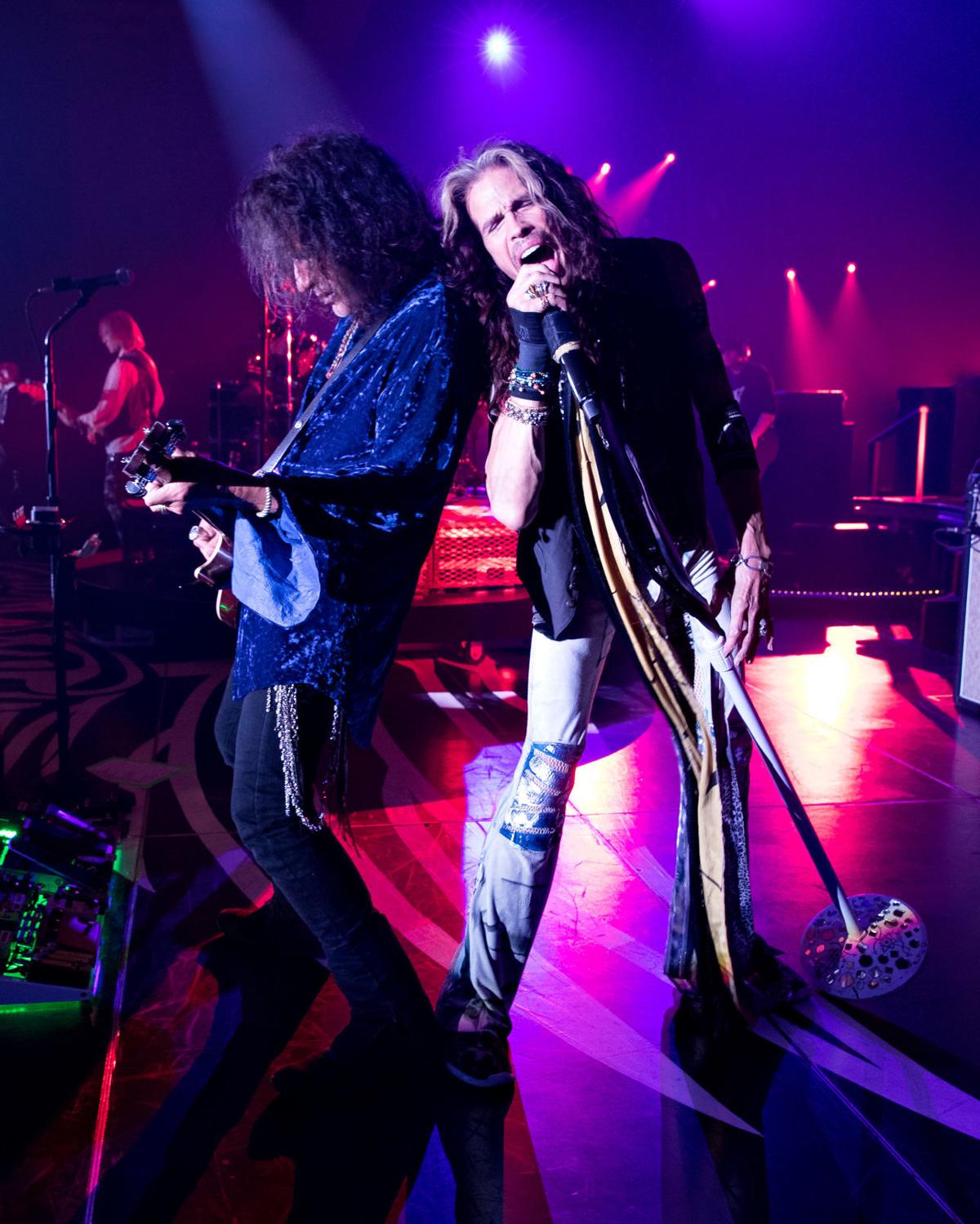 Aerosmith is certainly no stranger to Atlantic City. The band has played here more times than most bands in the same caliber of rock stardom, performing everywhere from the former Revel and Trump Taj Mahal to Boardwalk Hall.

They are also not strangers to Borgata Hotel Casino & Spa’s Event Center, where they played when the casino first opened. Of all the venues, Borgata is by far the most intimate, accommodating about 3,000 in standing-room-only fashion. And thanks to a contract tied to their MGM Las Vegas residency — Borgata is owned by MGM — the Rock and Roll Hall of Famers showed two sold-out audiences on Friday and Sunday that it doesn’t matter whether they are playing to 20,000 or 3,000 people, they will bring down the house.

No matter how many times the Boston Bad Boys invade A.C., it’s tough to get tired of seeing them. Despite their well-publicized troubles as bandmates, they are still up there playing some of the most iconic, memorable and catchy rock tunes ever written, putting on a high-energy rock show that gives the fans all of the hits, a little banter and all the sass that you would expect from Steven Tyler & Co.

The mini tour away from the residency is certainly a stripped-down version from what you would see in Vegas. There are no toys dangling from the ceiling when “Toys in the Attic” is performed, and the production is obviously scaled appropriately, but Aerosmith never needed over-the-top theatrics to please a crowd. They just rock hard. And that’s enough.

The setlist is surprisingly not an exact replica from their Vegas residency. But like Vegas, they thankfully concentrated on the tunes that made them a household name.

Sunday’s show opened with the their cover of Tiny Bradshaw’s rockabilly classic “Train Kept A-Rollin’,” a longtime Aerosmith staple, before ripping into a gritty version of “Eat the Rich” and 1976’s “Last Child,” one of the few times when guitarist Brad Whitford took the spotlight from Joe Perry, proving Aerosmith’s double guitar assault remains as potent as ever.

When Aerosmith ripped into classics like “Rag Doll,” “Sweet Emotion,” “Same Old Song and Dance,” “Dude (Looks Like a Lady)” and the encores “Dream On” and “Walk This Way,” the crowd went nuts, and deservedly so. Aerosmith may be the only band on the planet who can still go toe to toe with The Rolling Stones hit by hit.

They also played their more cheesy late ’80s and early ’90s comeback tunes like “Cryin’,” “Livin’ on the Edge,” “What It Takes” and “Love in an Elevator,” but as cheesy as they may be, they are still a lot of fun to sing along to.

The biggest surprise, like any Stones show, is the hits they didn’t play. They just have way too many.

Steven Tyler, wears white hot pants better than any other 71-year-old rocker. With a tight black T-shirt, form-fitting sequin jacket, sunglasses and streaked hair tucked under a top hat — with customary dangling scarves hanging from his mic, of course – Tyler still has it. Not only does he remain one of the most charismatic frontmen in rock, but he still has a helluva voice that can still hit a lot of the high notes. When he sings the anthem “Dream On,” it can still bring chills … even if he gets a little help with lyrics from a teleprompter that scrolled on the Event Center’s back wall.

Perry looked like a mobster in a black suit with white tie and fedora, armed with a Les Paul instead of a Tommy Gun, staying right in step with Tyler. When he stepped in front to sing the Fleetwood Mac cover “Stop Messin’ Around,” it wasn’t for ego, but to treat the audience to a riveting bluesy highlight of the night, made even better by a blistering keyboard solo by touring member Buck Johnson and an equally fun harmonica solo by Tyler. Tyler and Perry also had a great moment when they sat on chairs in the middle of the runway to offer the lesser known “Hangman Jury,” a re-working of an old blues song that was captivating thanks to Perry’s slide guitar and another nice harmonica moment by Tyler.

When Perry stood on the Baby Grand being played by Tyler in the encore “Dream On,” it was watching rock royalty at its finest.

Aerosmith rocking Borgata’s Event Center was reminiscent of when the No. 1 casino in Atlantic City brought in classic rock heavy hitters like Pearl Jam, The Who, Tom Petty and Billy Joel on a regular basis. Maybe the success of Aerosmith’s two-night, sold-out stop there can be the beginning of something very special indeed.

Livin' on the Edge

Love in an Elevator

Toys in the Attic