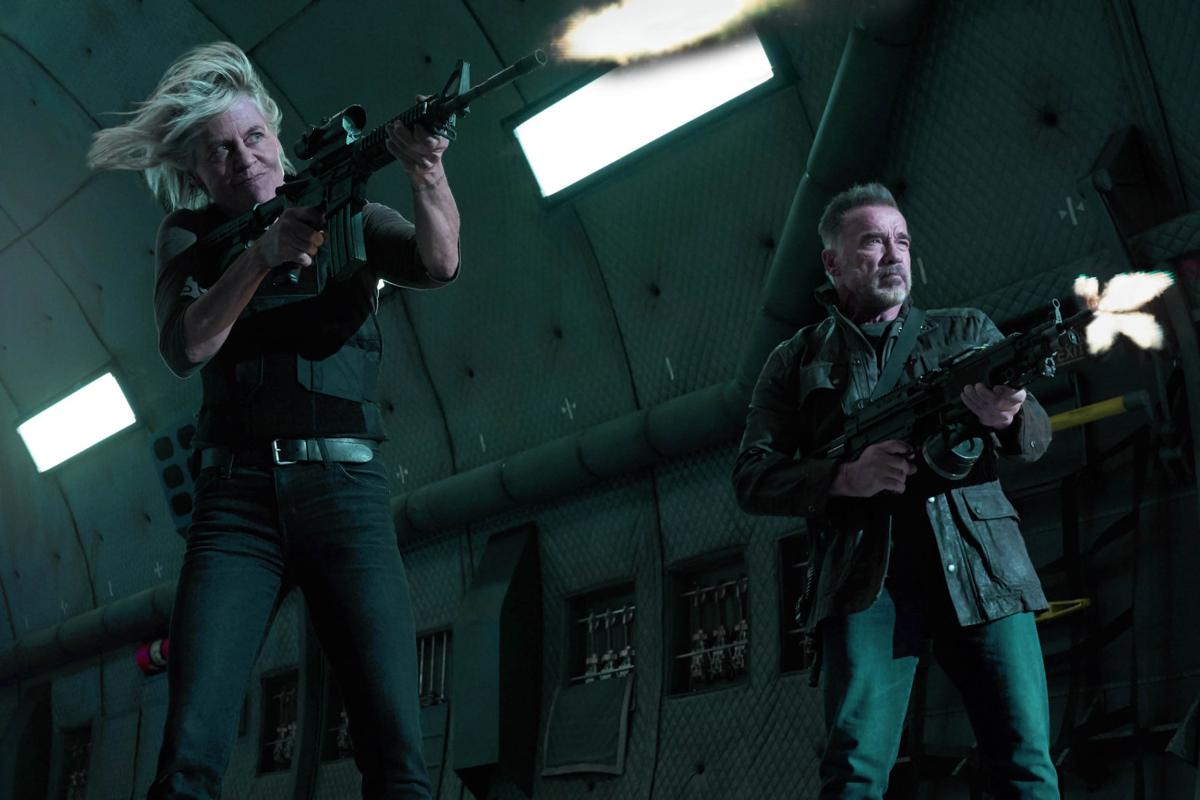 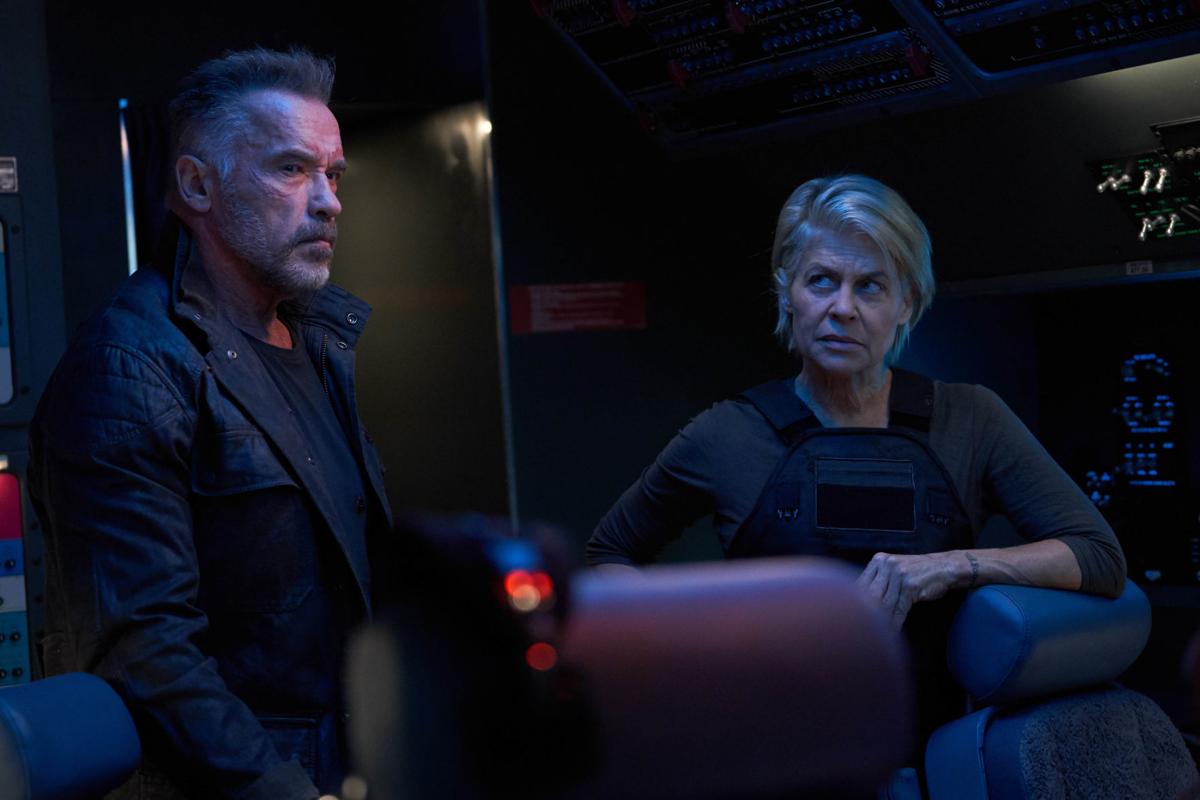 In this edition of Cronick’s Couch, find out if the Final Frontier is worth exploring again, discover a Brad Pitt flick that may have escaped you, watch a film you probably never heard of that was named one of the best flicks of 2019 by Rolling Stone magazine and decide for yourself whether Arnold’s promise to be back is a good decision.

”Terminator: Dark Fate” (Rated R, 2019, 128 minutes, for rent or sale on any streaming device or DVD) — After churning out one convoluted mess of a sequel after another, Terminator fans couldn’t have had much hope for “Dark Fate” despite the re-teaming of Arnold Schwarzenegger and Linda Hamilton.

Those low expectations may be part of the reason “Terminator: Dark Fate” is so enjoyable, but when it comes down to it, “Dark Fate” is right up there with the first two installments of this franchise.

The beauty of “Dark Fate” is its simplicity. Along the way, producer James Cameron and his team lost the spirit of what made the $3 billion-plus franchise so fun, instead filling sequels such as “Salvation” and “Genisys” with absurd, complicated plotlines that only true sci-fi geeks with engineering degrees could admire and understand.

On top of that, the plot is easy to understand: Two terminators — one a juiced-up female super soldier with limited abilities (the good guy), the other an enhanced, male modern machine (the bad guy) — are sent to Earth, one to protect, the other to destroy Dani (Natalia Reyes), who is actually the savior of the human race, not John Connor.

Hamilton is a bit over the top as Sarah Connor, who apparently has been spending all of these years as a terminator hunter, but it’s great to see her back in the role that defined her career. Same goes for Schwarzenegger, who can still kick ass but is relegated to a more peaceful, big brother role here. Just call him Carl.

“Dark Fate” is more than you could ever expect from a fifth movie sequel in a franchise that started 35 years ago. It somehow feels fresh, relevant and, most importantly, fun.

It would be easy to miss. Released in limited theaters, it only made $4.5 million at the box office, which is actually quite an achievement considering how far it strays from mainstream cinema.

The film’s plot isn’t something that will wow you: A young black man (Jimmie Fails) tries to reclaim his childhood home, a Victorian house in a gentrified neighborhood of San Francisco.

That will not be an easy task: First off, the house is worth about $4 million, and Fails doesn’t seem to work and doesn’t have a penny to his name. His current living situation is crashing at his friend Mont’s (Jonathan Majors) blind grandfather’s house, played wonderfully by Danny Glover.

Hugely inspired by Spike Lee, director Joe Talbot’s debut film exhibits stylistic, gripping, gorgeous filmmaking that immediately makes him a young director to watch. The same can be said about Fails, who plays himself in a film that was partly based on his life.

“The Last Black Man in San Francisco” is not just wonderfully acted and visually stunning, its quirkiness — exhibited in scenes like Mont performing a one-man play in the house’s attic — is to be admired. But its main message to show the inequality of race in cities that have become too wealthy to remember the people who built them is an admirable and interesting story to tell.

A huge hit at the Sundance Film Festival, “The Last Black Man in San Francisco” isn’t for everyone. It’s artsy, emotional, preachy and even self-indulgent at times, but a true film buff who enjoys character studies and watching young artists emerge in their craft will devour this with a big smile.

So a Pitt movie is going to slip through the cracks here and there, and that’s exactly what “Killing Them Softly” did to me.

And that’s strange, because the 2012 flick boasts a fantastic cast and a cool plot that would normally appeal to me. Along with Pitt, James Gandolfini plays a hitman in one of his last roles; Scott McNairy (“Narcos”) stars as the title character, a desperate con looking for his next score; Ray Liotta (“Goodfellas”) is perfectly cast as a smart aleck who runs a high-stakes, illegal card game; and others such as Sam Shepard, Ben Mendelsohn, Richard Jenkins and Vincent Curatola show up to sweeten the pot.

Pitt plays a hitman who is sent to track down three small-time crooks who rob the card game Liotta runs. And, of course, nothing goes as it seems.

Unfortunately, the parts don’t equal the whole here. Yes, there’s some great acting, particularly from Gandolfini as an alcoholic madman, Mendelsohn as a strung-out junkie and McNairy, who is one of the most underrated actors in the business right now. Pitt, by the way, is the least impressive actor here, seemingly mailing this one in.

But Director Andrew Dominik, who worked with Pitt before in “The Assassination of Jesse James by the Coward Robert Ford,” just can’t get the pacing right, never elevating the mundane, way-too-talky material to anything worth getting exciting about.

“Star Trek: Picard” (Not Rated. 2020, 10 hourlong episodes, CBS All Access) — This “not worth your time” label comes with an asterisk: “Picard” is not worth your time if you are not a Trekkie, particularly during “The Next Generation” years when Jean-Luc Picard (Patrick Stewart) sat in the captain’s chair of the USS Enterprise-D.

If you are a fan of the series — and particularly Picard — then there is a good shot you will be intrigued and amused by this CBS All Access series that is full of nostalgia, awesome guest appearances by other “Star Trek” characters and, of course, some decent acting by the always impressive Stewart.

However, for those who never were lured in by the “Star Trek” kingdom or just checked out the movies here and there, “Picard” is not worth the investment.

Oddly enough, even though this is a big deal for CBS All Access, “Picard” feels cheap, like a low-budget attempt at sci-fi, which is really unforgivable in this era dominated by spectacular high-budget series like “Game of Thrones” and “Westworld.”

The plot is decent enough. The show takes place 20 years after “Star Trek: Nemesis.” A retired Picard, deeply affected by the death of Data and the destruction of the planet Romulus, is brought back into the fold after a mysterious woman comes to him for help.

Without giving too much away, she has ties to a former Starfleet colleague and Picard tries to do the right thing as he suffers with the decisions he made 20 years ago.

Yes, it’s nice to see Stewart back in the role that defined his career, but for casual “Star Trek” fans, there just isn’t enough to sink your teeth into to devote 10 hours of your life to, even in quarantine.

If you have anything you want to recommend, please comment or send me an email at scronick@pressofac.com with your mini-review that we will possibly publish in the future. Also, you can listen to the Off The Press with Scott Cronick radio show 4 p.m. Wednesdays for Movie Wednesdays, where Cronick and Kevin Cronin from The Iron Room discuss movies and television on WOND Newstalk 1400-AM, WONDRadio.com and 92.5-FM.