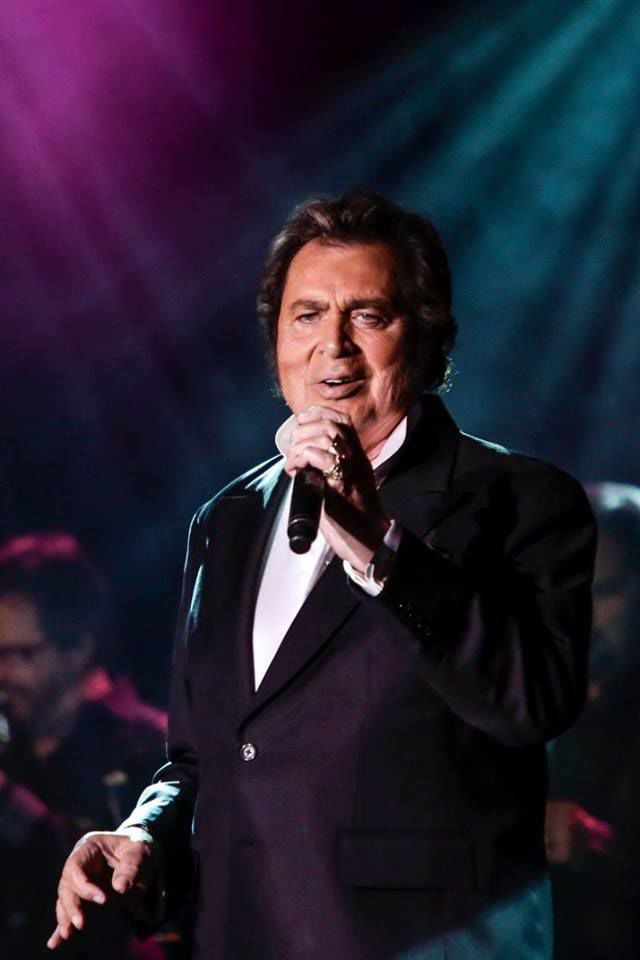 Now in his 80s, Engelbert Humperdinck shows no signs of slowing down.

Now in his 80s, Engelbert Humperdinck shows no signs of slowing down.

WHAT TO EXPECT: Singer Michael McGeehan has been a fixture at Resorts Casino Hotel in recent years and he returns once again for a month-long residency. Over the course of his career, he’s recorded seven albums featuring some originals as well as plenty of covers. McGeehan’s past live shows include a mixture of standards, early rock ’n’ roll and pop music. He’s known for getting the audience involved and hamming it up as only he can. For this current residency McGeehan is putting an emphasis on the music of the 1950s and will be performing hits by Frank Sinatra, Bobby Darin, Johnny Mathis and Elvis Presley.

WHAT TO EXPECT: .38 Special formed in the mid 1970s and brought a harder edge to the world of southern rock music. The band scored hits with songs such as “Hold on Loosely,” “Caught Up in You” “Second Chance,” “The Sound of Your Voice,” “Bone Against Steel,” “Fade to Black and “If I’d Been the One.” Sadly, the band no longer includes long time vocalist Donnie Van Zant, who retired due to health issues, but original member Don Barnes is still holding down the fort and will lead the current lineup during Friday’s performance at Ocean Casino Resort.

WHAT TO EXPECT: Grammy award winning singer Gregory Porter and 12-time Grammy nominee Ledisi will team up on Saturday night for an evening of jazz, soul and gospel music. Porter’s smooth baritone voice and commanding presence make him a force to be reckoned with. Not to be outdone, Ledisi has released epic albums for 20 years and is a natural performer. This combination of talent will make for the perfect romantic night out during Valentine’s weekend.

WHAT TO EXPECT: Lee Brice’s initial success came as a songwriter for other artists, penning hits for the likes of Garth Brooks and Tim McGraw. But in 2009 he stepped out into the spotlight with the hit single “Love Like Crazy” and his debut album of the same name, and he was off and running. Brice returns to the Ocean Resort on Saturday and fans will get to hear him perform favorites such as “I Don’t Dance,” “Hard to Love,” “A Woman Like You,” “I Drive Your Truck,” “I Don’t Dance,” “Boy” and “Rumor.”

WHAT TO EXPECT: R&B star Johnny Gill headlines a terrific lineup of talent set to take the stage at Boardwalk Hall for the Valentine’s Day concert on Saturday night. Known for his solo career as well as his time with New Edition and LSG, Gill will perform favorites such as “Wrap my Body Tight,” “My My My,” “Can You Stand the Rain,” “Boys to Men” and “My Body.” Next, Keke Wyatt and Stokley Williams from the group Mint Condition round out the performers who will bring a sexy, romantic vibe to celebrate Valentine’s Day.

WHAT TO EXPECT: Forever the “King of Romance,” Englebert Humperdinck has been a show business fixture since the 1950s and clearly has no plans of ever retiring. With a golden voice, 150 million albums sold and legions of fans around the world it’s easy to see why. This weekend Humperdinck comes to Atlantic City to celebrate Valentine’s Day with his collection of romantic hits. Fans can look forward to hearing classics such as “Release Me,” “The Last Waltz” and “After the Lovin.”

VALENTINE’S SOUL JAM WITH THE STYLISTICS, ENCHANTMENT, BLOODSTONE, THE INTRUDERS, PEACHES AND HERB

WHAT TO EXPECT: It will be a night of sweet soul music on Sunday when the Valentine’s Soul Jam comes to the Tropicana with its lineup of classic R&B artists. Stylistics fans can expect to hear all of the hits including “You Are Everything,” “Betcha by Golly, Wow” and “You Make Me Feel Brand New.” Bloodstone will be performing their songs “Natural High,” “Never Let You Go,” “Outside Woman” and “My Little Lady.” Fans of The Intruders can look forward to hearing favorites such as “Cowboys to Girls” and “I’ll Always Love My Mama (Part 1).” Peaches and Herb will bring the romance with their signature songs “Reunited,” “Let’s Fall in Love,” “Close Your Eyes,” “Love is Strange” and “Shake Your Groove Thing.”

WHAT TO EXPECT: George Dalaras is a Greek singer who has maintained a successful international career since the late 1960s. The 70-year old has sold over 150,000,000 albums and even had the opportunity to sing for Nelson Mandela on his birthday.

WHAT TO EXPECT: Moe.rons of southern New Jersey will unite this weekend at Borgata Hotel Casino & Spa as the famed jam band Moe comes to town for two shows. Formed at the University of Buffalo in 1989, the band released its first album “Fatboy” in 1992 and quickly became a part of the burgeoning national jam band scene along with Phish and Widespread Panic. Moe continues to sell out shows and festivals to this day, thanks to its passionate, dedicated fan base. As one would expect of a jam band, there’s no way to really predict what songs one might hear at the shows this weekend, but that of course is part of the fun.

WHAT TO EXPECT: Most people alive today never got a chance to experience the Rat Pack in their prime when they ruled the entertainment world with their talent, charm, charisma and flair. The Rat Pack: Back in Town is a tribute show that gives audiences a chance to step back in time and get a glimpse of what it was like to see Frank Sinatra, Dean Martin and Sammy Davis Jr. perform. The show features the ad-libs and comedy bits that the Rat Pack were famous for along with plenty of classic songs such as “Fly Me to the Moon,” “Everybody Loves Somebody,” Mr. Bojangles,” “New York, New York,” “That’s Amore,” “I’ve Gotta Be Me,” “Ain’t That a Kick in the Head,” “I’ve Got the World on a String,” “The Candy Man,” “Luck Be a Lady” and “Birth of the Blues.

WHAT TO EXPECT: Fans of the great Neil Diamond won’t want to miss the tribute show Sweet Caroline at Resorts Casino Hotel on Wednesday. This tribute has performed throughout the United States and Europe with a show that is both visually and musically superb. Concertgoers can look forward to hearing classics such as “Forever in Blue Jeans,” “Cherry, Cherry,” “Sweet Caroline,” “America,” Song Sung Blue” and “Cracklin’ Rosie