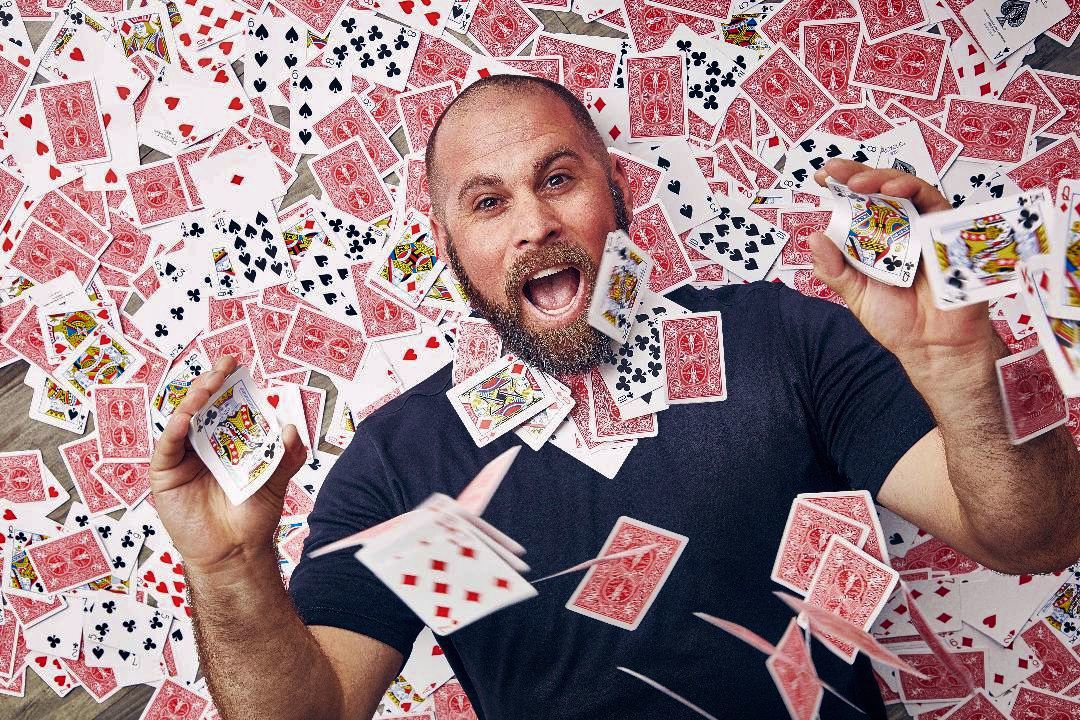 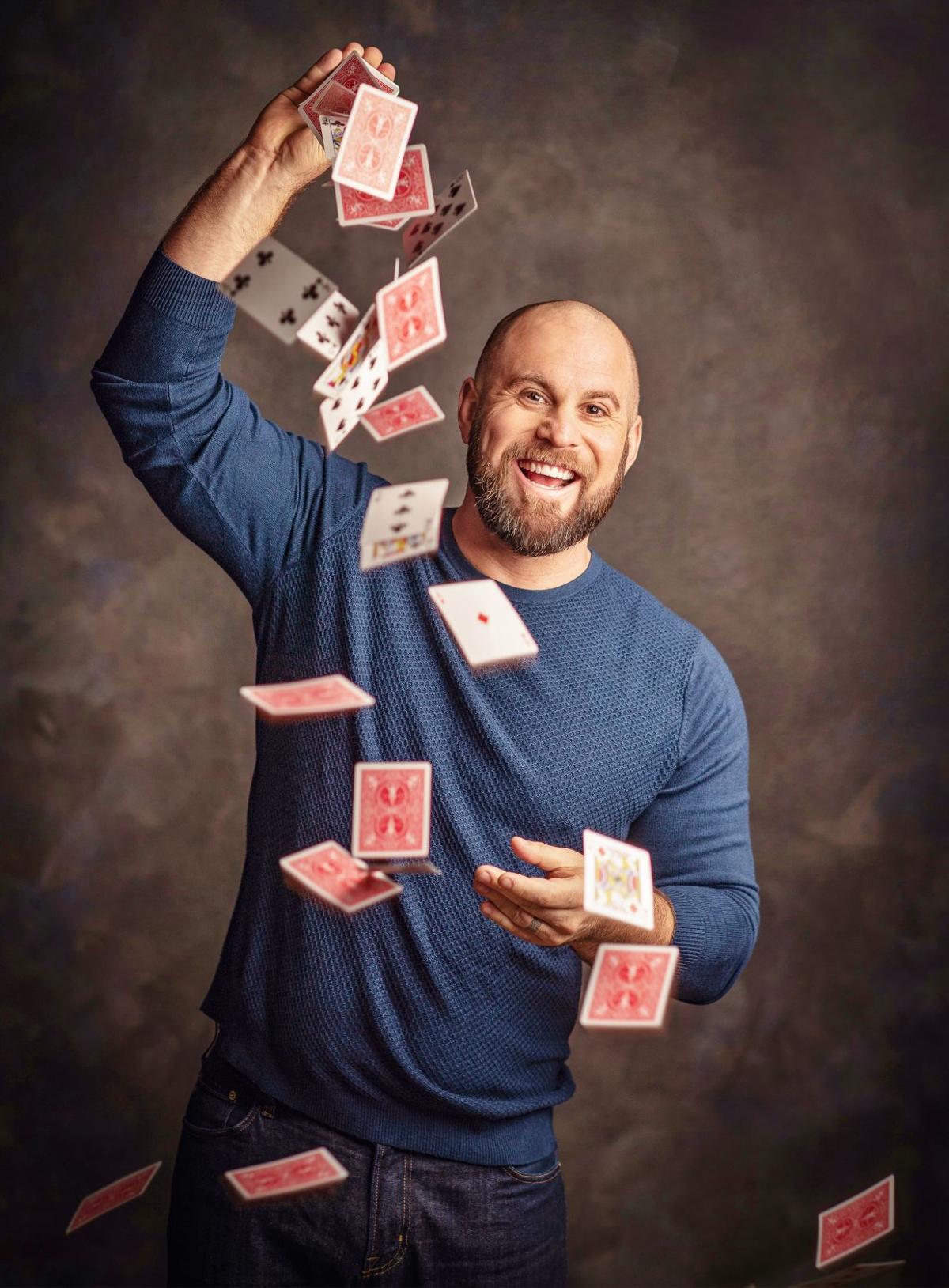 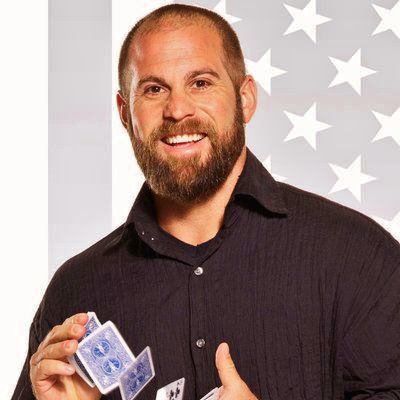 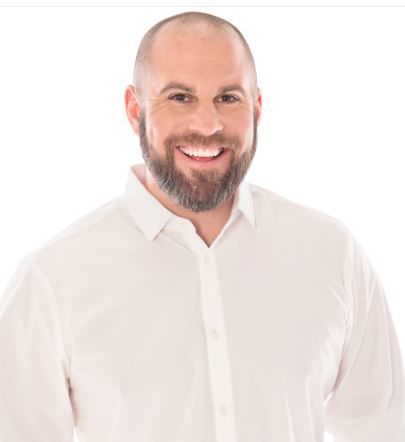 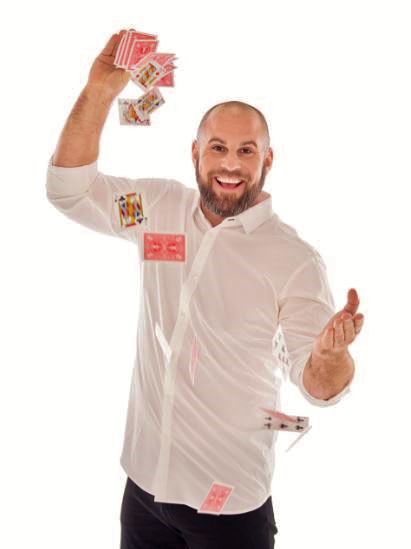 Mark Twain’s “truth is stranger than fiction” quote from more than 100 years ago might better apply to Jon Dorenbos than almost anyone else in history.

At a mere 39 years old, Dorenbos has already reached the peak of stardom in two completely different fields, and did so through a roller-coaster ride of emotions. He also masterfully interlaces memories of a childhood tragedy, a near-death experience as a young adult, and his past and present careers in the limelight to help inspire others.

Some may recognize his name as one of the longest-tenured football players in Philadelphia Eagles’ history, and one who tied Philly’s franchise record for consecutive games played with 162. Others may know him as someone who elicited a rare look of astonishment from the often stoic Simon Cowell on “America’s Got Talent,” where Dorenbos reached the finals and placed third on the 11th season of that hit TV competition as a magician.

It is that latter Dorenbos — the one who is also a regular on Ellen DeGeneres’ TV show in a segment called Let Me In So You Can Win! (formerly Dollars From Dorenbos!) — that Borgata Hotel Casino & Spa guests will see Saturday night, Nov. 16. Dorenbos performs two shows, 7 and 10 p.m., at the Music Box, where he also performed to capacity crowds in his A.C. debut about five months prior.

“I love that venue,” Dorenbos says. “It’s the perfect-size room, there’s not a bad seat in the house, and everybody was really into the shows when we were here (in June), which was awesome.

“We sold out pretty quick last time, so they offered us another opportunity,” he adds. “And just to show how much I appreciate the support, I’ll be bringing back something new, something fresh.”

A naturally gifted athlete and two-time Pro Bowl player on special teams, Dorenbos’ path to a 14-year NFL career had its own interesting twists and turns. Nothing, however, like his serpentine route to becoming a world-class magician.

Like any kid, there was the prerequisite fascination with seeing magic tricks performed, but Dorenbos started learning illusions himself as a sort of emotional outlet when his life was turned upside down at age 12. It was then, in 1992, that he was placed in the adoptive care of his aunt and uncle, after learning that his father had been arrested for murdering his mother in a fit of rage.

Magic suddenly became a sort of self medication from that point on. The progression from grade schooler to professional magician had long been a dream of his, but it happened more organically than as a set, specific goal.

“It’s something that can be interpreted many different ways,” he says. “When I was a kid I’d see David Copperfield on TV and be like ‘Wow, that looks so cool and so fun!’ So that set me on a path to loving magic. But I never look at things like, ‘Well, the odds of me making it seem so small.’ I didn’t see magic that way, and I don’t look at life that way. I’ve always been a pretty big thinker, and my attitude toward such things has always been ‘Hey, why not me?’”

Dorenbos was always a popular person in the Eagles’ locker room, and his ability to connect with show-biz audiences in a friendly and disarming way has had a big impact on his successful second career. That quality is evident in the video clip where he won over the judges in “America’s Got Talent,” in his playful banter with DeGeneres, and in how he corrals contestants’ attention in his Let Me In! segments on her show.

“The audience has to want to care about you and root for you, and it’s got to be genuine — that’s the key down the stretch,” he says. “If it’s not sincere, if it’s not authentic, you’re going to fall off quickly. But when it’s sincere, people will know. They can sense that.

“To have people care about what I’m doing, to be able to make them laugh, cry, reflect, appreciate, entertain and inspire — I’m really proud of that,” he says. “It’s what I’ve envisioned, and it’s what I’ve set out to do since I was 12 years old.”

Dorenbos’ daily mantra is spun from a Maya Angelou quote that says, “At the end of the day, people won’t remember what you said or did, they will remember how you made them feel.”

“You can do a trick, you can tell a joke, you can sing a song, but that’s all that is — a trick, a joke, a song,” he says. “But how you make them feel, in that moment, to elicit that emotion — that’s what they’re going to remember. It’s the passion behind what you say or do, and how you relate it to other people. I try to make my shows cool, make them fun, and bring a little swag to the magic community. I’m not trying to be anybody else, I’m just trying to be me.”

When Dorenbos was traded to the New Orleans Saints in 2017, after 11 seasons in Philly, the move initially frustrated and befuddled him. It also wound up saving his life.

The Saints performed a routine, new-player physical that revealed a heart condition that likely would have killed Dorenbos had he continued playing.

“Heart surgery was emotionally and physically hard,” he says. “My wife (Annalise) and I were in the hospital for over a month due to some post-surgery issues.”

At his wife’s behest, the Dorenboses got a dog, a goldendoodle, to help Jon take his mind off the slow road to recovery.

“Getting the dog was, by far, the most therapeutic thing I could have done,” he says. “I’ve never really been a dog guy. Now I can’t imagine my life without him.”

“I always tell people ‘My wife’s my angel, and he’s my saint,” Dorenbos says. “I went to the New Orleans Saints, they saved my life, and now every time I see my dog wag its tail, it’s a reminder of the fact that I’m alive. I just love him. We’re inseparable.”

Jon Dorenbos worked his magic on the crowd Saturday night

Football player-turned-magician Jon Dorenbos had a few tricks up his sleeve at the Music Box on Saturday night, the biggest of all was audienc…