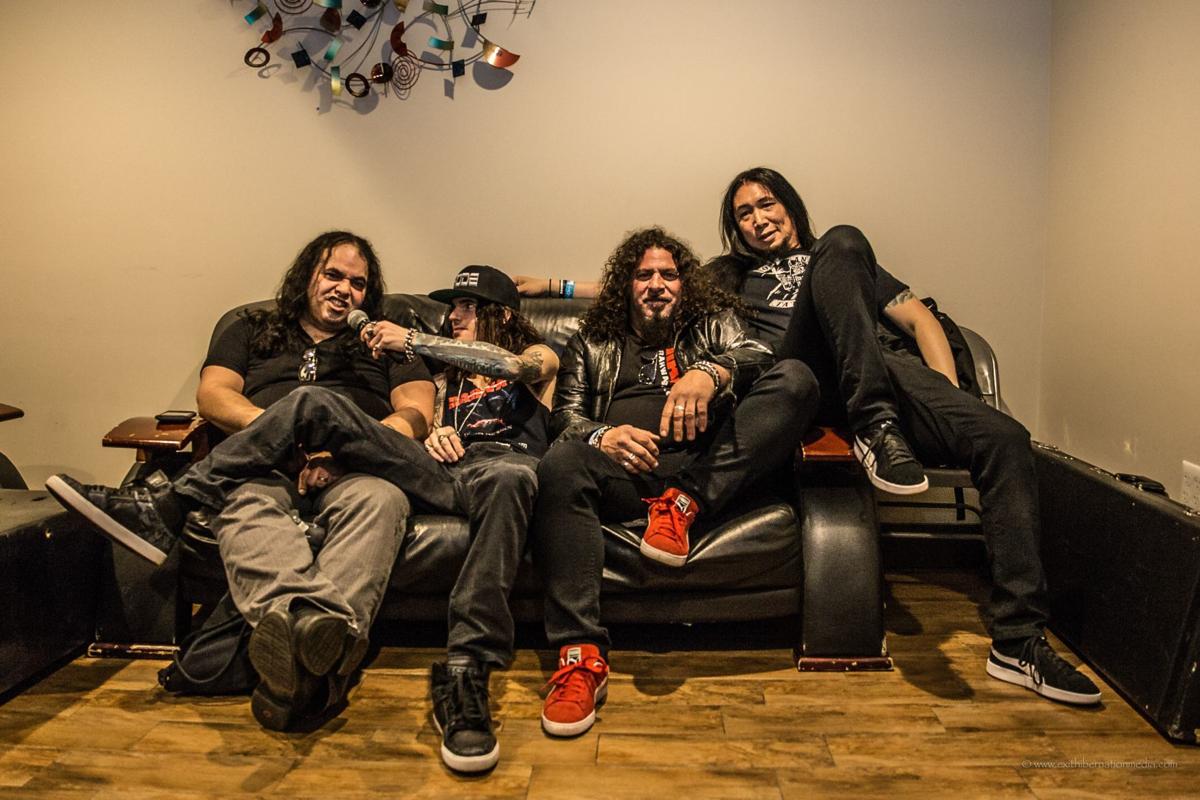 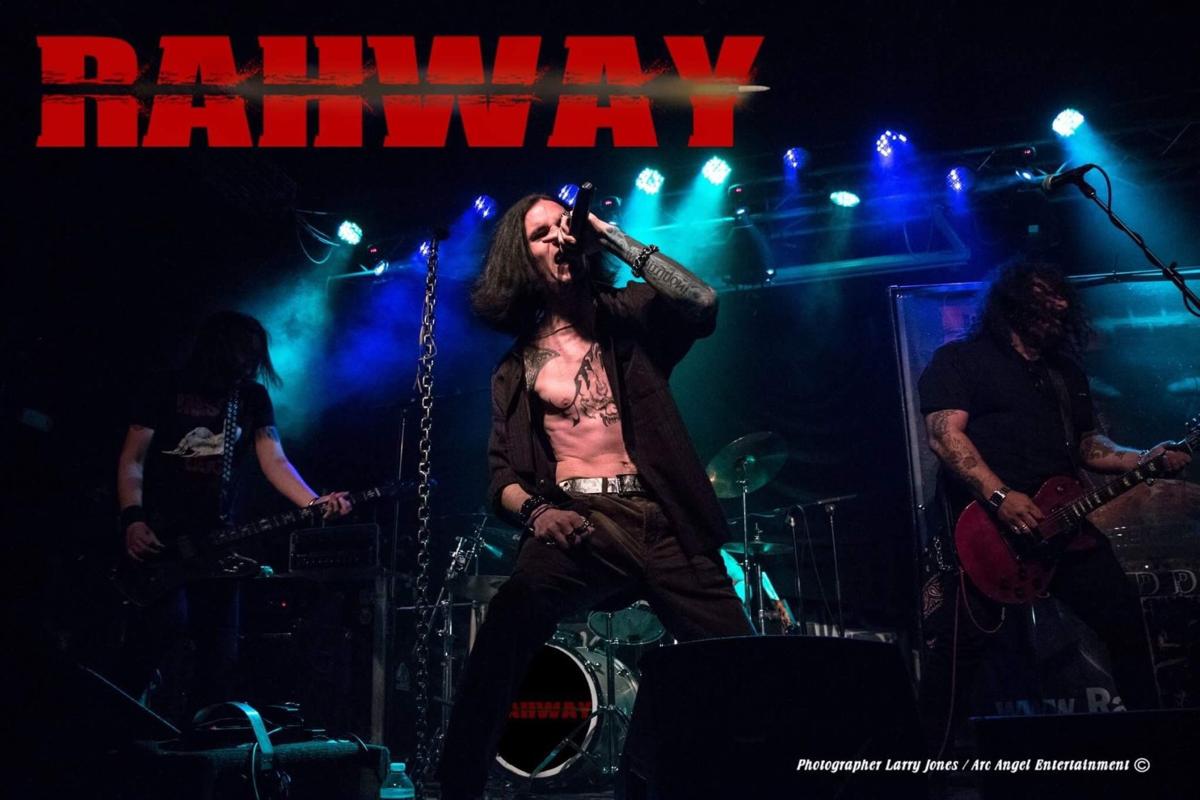 Despite what the pop charts might have you believe, lately there has been a whisper in the air that our old friend rock ‘n’ roll may be poised for a comeback. Though much of modern music is awash in hip-hop and dance-based tracks, rock fans are slowly but surely sending a message that the old formula of guitar, bass, drums and vocals still has a home in the hearts of many. The message isn’t just wishful thinking either. It comes through loud and clear in dollars and cents when you look at the ticket sales for recent tours like Guns ‘N Roses “Not in this Lifetime Tour” and more recently the absolute madness surrounding the Motley Crue/Poison/Def Leppard tour which hits stadiums this summer. There is a building thirst for rock music in its purest form.

But you need not plop down $300 a ticket just to get a dose of pure rock ’n’ roll. On Friday, Jan. 3, Anchor Rock Club (one of Atlantic City’s newest and truest rock-based venues) hosts a show featuring Baltimore’s Charm City Devils, as well as the popular Jersey-based rock act, Rahway, who has been making waves in the area in recent years. The four-piece band consisting of Dave and Steve Cardenas (on guitar and drums respectively) as well as vocalist Nick Hade and bassist Tim Louie combines the straightforward approach of the metal giants of the ‘80s with a modern twist. We sat down with Louie for a quick chat in advance of the show.

Atlantic City Weekly: Take us back to the beginning. What made you want to play bass?

TL: When I was growing up I was listening to Motley Crue, Guns N’ Roses, Skid Row … bands like that. Watching Nikki Sixx, Duff McKagan, Jason Newstead and Rachel Bolan made me just want to pick up the bass. And a lot of people don’t realize it, but bass is really the backbone of the whole band.

ACW: How did Rahway get together?

Tim Louie: Our drummer and our guitar player are brothers and they’ve been in bands together since they were kids. The last incarnation before Rahway was a band called Sun. They were working with producer Jack Douglas — who is known for his work with Aerosmith — and one day while Douglas was in the studio working on some of the songs, Steven Tyler (of Aerosmith) walked in and asked: ‘What is that? It’s pretty good.’ Douglas said, ‘It’s a band called Sun,’ to which Tyler responded ‘That’s a terrible name! Where are they from?’ When Douglas mentioned they were from Rahway, Tyler said ‘They should just call the band “Rahway.”’ So the name stuck. But that was before my time in the group.

ACW: How did you end up joining?

TL: I’ve known these guys for a long time and we crossed paths playing in different bands in the same scene in North Jersey. When their bass player moved to Florida around 2013, they asked me to join. They knew that I could play and liked the showman aspect of my performance.

ACW: Tell us about the songwriting process in Rahway.

TL: It’s a cohesive process. In the past it used to be the drummer Steve who would come up with a lot of the ideas for songs. But actually, before I was even a member of Rahway, Dave and I had been working on some material for a side project that we were doing. And once they asked me to join Rahway, we took all those ideas and just put them into Rahway, so a lot of the songs we are putting out now are the stuff I had been working on with Dave. In essence I was a part of the songwriting process before I was even a member of the band.

ACW: Where can people find your music?

TL: We put out a CD back in 2017 called “Undefeated,” before that there was an EP called “Grand Design” and both of those are on Spotify. We are actually in the studio right now finishing up our next EP with Mike Orlando from the band Adrenaline Mob. Mike is producing the CD and it sounds amazing!

ACW: Do you think hard rock will return to the mainstream to the level it was in the ‘80s and ‘90s?

TL: I’m hoping it will. It looks like the grand scheme of music right now is kinda stagnant. But there is going to be something coming. It seems like everyone is just throwing stuff out there to see what sticks. And who knew a band like Greta Van Fleet would gain so much attention for sounding so much like someone else (Led Zeppelin)? And we opened for them a couple years ago and it was a sold out show. And all four of them are excellent rock musicians.

ACW: With so many bands out there, how do you guys maintain a following in the original music scene?

TL: It’s really tough in this day and age to sell tickets. We use social media marketing to get the name out there and my drummer and I put out these live Facebook videos that have caught on and really engage our audience. It’s just us talking about stupid things, but it gets a lot of hits each week and it helps let people know what is going on with the band. And it’s really helped ticket sales, because people also come just to see us two idiots, but they also come to the show because they like the music.

ACW: What is the story with that insane elongated kick drum your drummer sometimes uses on stage?

TL: I know right? Our drummer built it himself. He is into carpentry, so he took two bass drums and put it together.) And venues hate it when we bring that thing out! But it’s just for looks. The first time I saw it, it was pretty jarring. I looked at him and thought, ‘Are you overcompensating for something?’(Laughs)

Headlining the show on Friday is Charm City Devils. Much like their opener Rahway, this Baltimore-based act has their sound firmly rooted in traditional rock ’n’ roll. Just how dedicated to that genre are they? Well, their debut album was titled “Let’s Rock-N-Roll” and they were named “Best New Rock Band” by iTunes in 2009, so if they play nothing but jazz fusion on stage this Friday, they’ll have some serious explaining to do.

Charm City Devils were formed by John Allen, who fans may remember as the drummer of the early 2000s band SR-71. The group’s name was suggested to them by Nikki Sixx of Motley Crue. Since forming in 2007, Charm City Devils have released three full-length studio albums, the most recent of which was 2014’s “Battles.” The group released an EP entitled “1904” in November and is currently on tour in support of it.