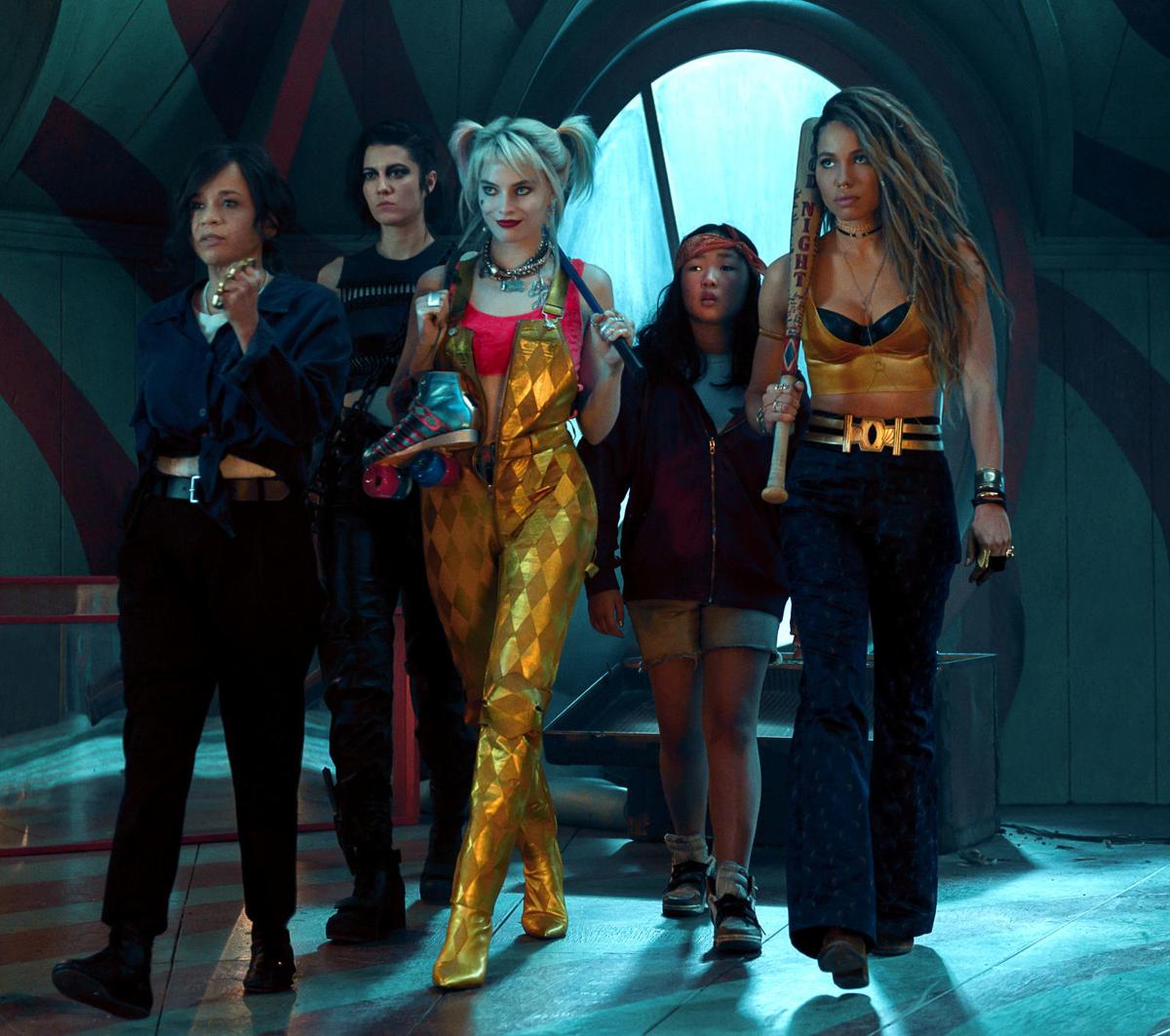 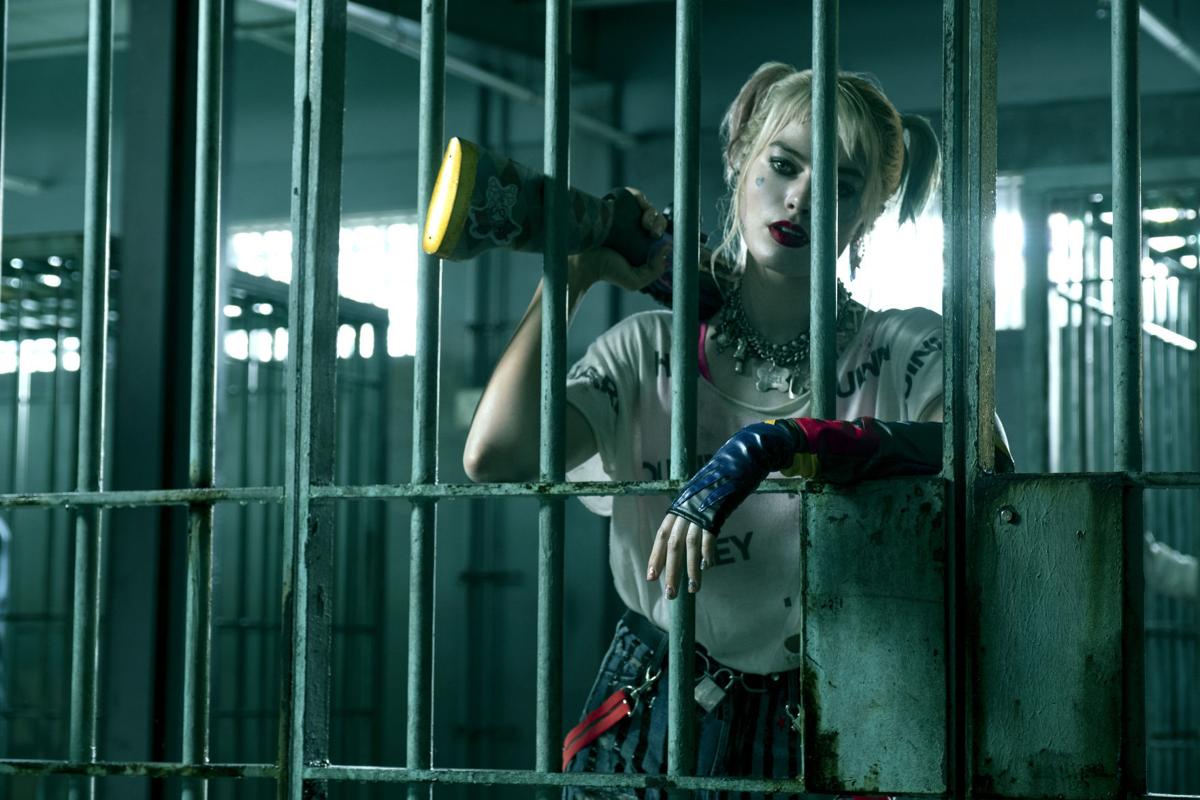 In this edition of Cronick’s Couch, a little Harley Quinn goes a long way, find out if a Spanish heist flick is worth investing 30 hours of your life and take a plunge with the Academy’s choice for Best Director last year to explore some of his past creations.

“Monday Heist” or “Le Casel De Papa”: (Unrated, 2017, four seasons, 38 45-minute episodes, Netflix) — The best binge-worthy series you may have never heard of comes from a foreign country with subtitles, will take you about 30 hours to get through its four seasons (so far) and will leave you on the edge of your seat for nearly every episode.

It’s called “Money Heist,” a Spanish heist series that hasn’t pulled me in so powerfully since I binged “The Wire” years ago.

The background of the show is interesting. It originally aired on a Spanish network of 15 episodes, but when Netflix acquired it they decided to wisely cut it up into 22 shorter episodes over two seasons. It was then renewed for two more seasons of eight episodes each with a much higher budget.

The series traces two long-prepared heists led by The Professor: one on the Royal Mint of Spain, the other on the Bank of Spain.

What makes “Money Heist” so interesting is how series creator Alex Pina uses The Professor’s obsessive-compulsive attention to detail to elaborately plan for every nuance and problem that would possibly occur when pulling off these complicated crimes.

But, of course, The Professor can’t do it by himself, enlisting a misfit crew of specialists — who all take city names like Tokyo and Moscow — to pull off the crime in hopeful anonymity and the attempt to not develop any feelings for each other.

It’s no spoiler to say that doesn’t happen as romances, inside plots and complications arise to make “Money Heist” a dynamic delve into television crime.

Told with an unreliable narrator, time jumps, flashbacks and a cliffhanger in every episode, “Money Heist” reminded me of how great “24” was for its first two seasons.

While the first two parts are amazing and you think it will jump the shark in Part 3, it doesn’t, living up to the original storyline despite the new adventure. Part 4, while good, doesn’t hold up quite as well.

Full of sex, violence, action, plot twists and fantastic writing that is sometimes clichéd, there’s a reason “Money Heist” became a phenomenon in Europe, winning best drama at the 46th International Emmy Awards: It’s an awesome thrill ride with a lot of heart, a lot of style and a lot of entertainment value.

When “Parasite” cleaned up at this year’s Academy Awards, it shined a bright light on director Bong Joon Ho. How could a man of such great talent fly under the radar and hit it big at 50 years old?

Well, likely because he’s from South Korea, but you may have caught some of his other movies, particularly his stellar 2007 creature feature “The Host,” which did receive some attention here.

Having seen “The Host,” which I highly recommend, I decided to check out two of Bong’s other flicks to see if “Parasite” was an anomaly or just another film in a talented director’s arsenal that we are just a little late noticing. Turns out it’s the latter.

“Mother” (Rated R, 2010, 129 minutes, for rent or sale on any streaming device or free with Hulu subscription) — Ten minutes into watching “Mother,” a freaky trip of a movie, you realize no one else could have directed this movie than the same guy who directed “Parasite.”

Like other great directors, Bong Joon Ho has a specific style, a specific way of telling a story, a specific quirkiness and a magnificent gift to visually capture what’s inside his creative head.

To describe “Mother” in any detail would, like “Parasite,” give away too much. But to stick to basics, it’s about a single mother of a 27-year-old who has become so dependent on his mother that you wonder if he’s just been coddled so much that he has issues or was he born mentally challenged?

One night he encounters a young girl who he follows for a while, and the next morning she is found dead. Paired with a terrible, arrogant lawyer and guilty until proven innocent by police, only his mother can save the day.

Like “Parasite,” “Mother” is strange, awkwardly funny, dark, dramatic and horrific. It’s eerie but not a horror movie, funny but not a comedy. It’s a Bong Joon Ho flick, and it’s highly recommended.

“Snowpiercer” (Rated R, 2014, 126 minutes, for rent or sale on any streaming device or free with Netflix subscription) — “Snowpiercer” is the closest Bong Joon Ho has come so far in creating an American blockbuster.

Led by familiar faces, including Captain America himself Chris Evans, “Snowpiercer” is based on a graphic novel so put any realistic science expectations aside — this is pure fantasy.

The post-apocalyptic movie takes place on the Snowpiercer train which carries the last survivors of humanity on a train track around the world after an attempt to stop global warming had a horrendous effect, basically freezing the earth.

The remnants of humanity live on a train based on the societal class they lived before Earth turned into a giant snowball, eventually leading the back of the train to revolt against the middle and front. If it reminds you a little of the Netflix Spanish movie “The Platform,” it should. This, however, is much better.

With Bong’s signature weirdness, dark humor thanks to the amazing Tilda Swinton, some heart provided by legend John Hurt and solid performances by Evans, Octavia Spencer and Ed Harris, “Snowpiercer” has enough sci-fi, violence, action and absurd, artsy creativeness to create a unique, visually satisfying movie that once again shows Bong is one of the greatest an ambitious living filmmakers.

“Birds of Prey (And the Fantabulous Emancipation of One Harley Quinn)” (Rated R. 2020, 109 minutes, for rent or sale on any streaming device or free with Hulu subscription) — No one wanted this terribly titled movie to be awesome more than me. As a comic fan, Harley Quinn has always been that female villain – or sometimes anti-villain – that resonated with me. Sarcastic, fun, silly, dangerous, deadly and just enjoyable all around, Joker’s former psychiatrist and girlfriend is just a terrific character. I even have the character tattooed on my forearm.

The possibilities were there. Margot Robbie stole the show as the character in the otherwise horrendous “Suicide Squad” in 2016, so giving Robbie’s Harley Quinn her own vehicle made a lot of sense.

What didn’t make a lot of sense is naming the movie “Birds of Prey” and taking the focus off Harley Quinn. Birds of Prey was a very obscure ’90s comic team that originally didn’t even feature Quinn, but had Barbara Gordon and Black Canary, who was later joined by the Huntress.

This incarnation replaces Gordon (Batgirl) – probably the most interesting of all Birds of Prey characters – with Quinn and introduces the other two characters to the DC film universe. Of course, Quinn is such an enigmatic character, the other two characters are completely drowned out and wasted here in an inane and relatively uninteresting plot about Gotham’s narcissistic villain Roman Sionis, aka Black Mask (Ewan McGregor), and his right-hand henchman Victor Zsasz (Chris Messina) put a target on a young girl named Cass (Ella Jay Basco) after she steals a valuable diamond from them, Through a series of convoluted occurrences, Harley ends up teaming up to find the diamond and save the girl.

There are some positives: Robbie is a perfect Quinn but just doesn’t have good material to sink her teeth into; Cathy Yan’s direction is sleek, stylish but sometimes comes across like a music video as opposed to a movie; and McGregor is fantastic as Black Mask, although some reviews made it seem like he is the best villain ever on a movie screen … certainly not.

Black Canary and Huntress are completely wasted here, an unfortunate thing because underneath all of the action – and there is some great action – and glitz, there seems to be a good movie underneath there somewhere.

The ultimate problem with “Birds of Prey” is that it never takes itself seriously enough. Sure, we love watching Harley get drunk and roller skate around with her baseball bat, but without an interesting enough plot to ground things, it fails miserably. When it comes down to it, maybe Harley should be relegated to being Joker’s sidekick: A little Harley goes a long way. But Joker and Harley together causing mayhem; now that’s a movie I would want to see.

If you have anything you want to recommend, please comment or send me an email at scronick@pressofac.com with your mini-review that we will possibly publish in the future! Also, you can listen to the Off The Press with Scott Cronick radio show 4 p.m. Wednesdays for Movie Wednesdays, where Cronick and Kevin Cronin from The Iron Room discuss movies and television on WOND Newstalk 1400-AM, WONDRadio.com and 92.5-FM.