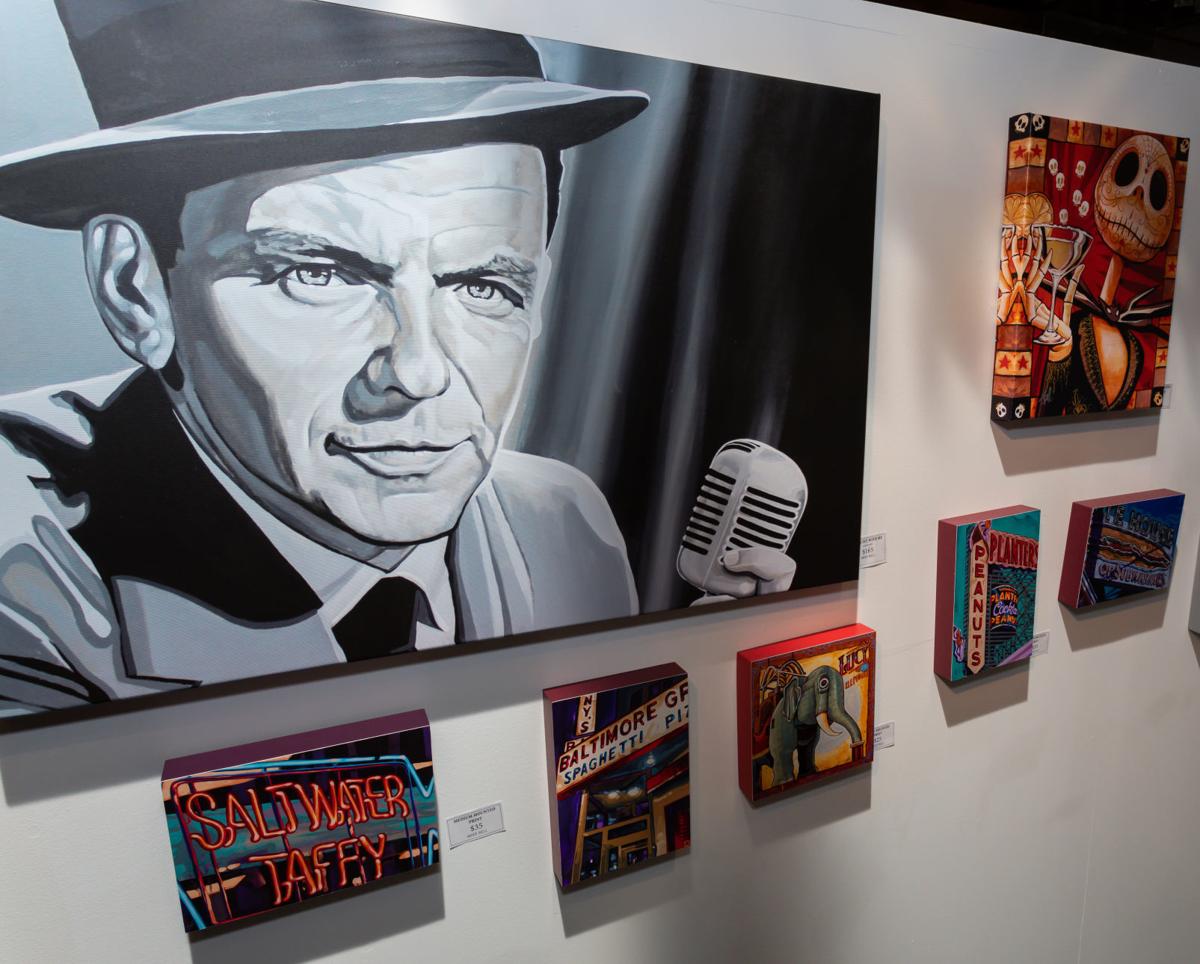 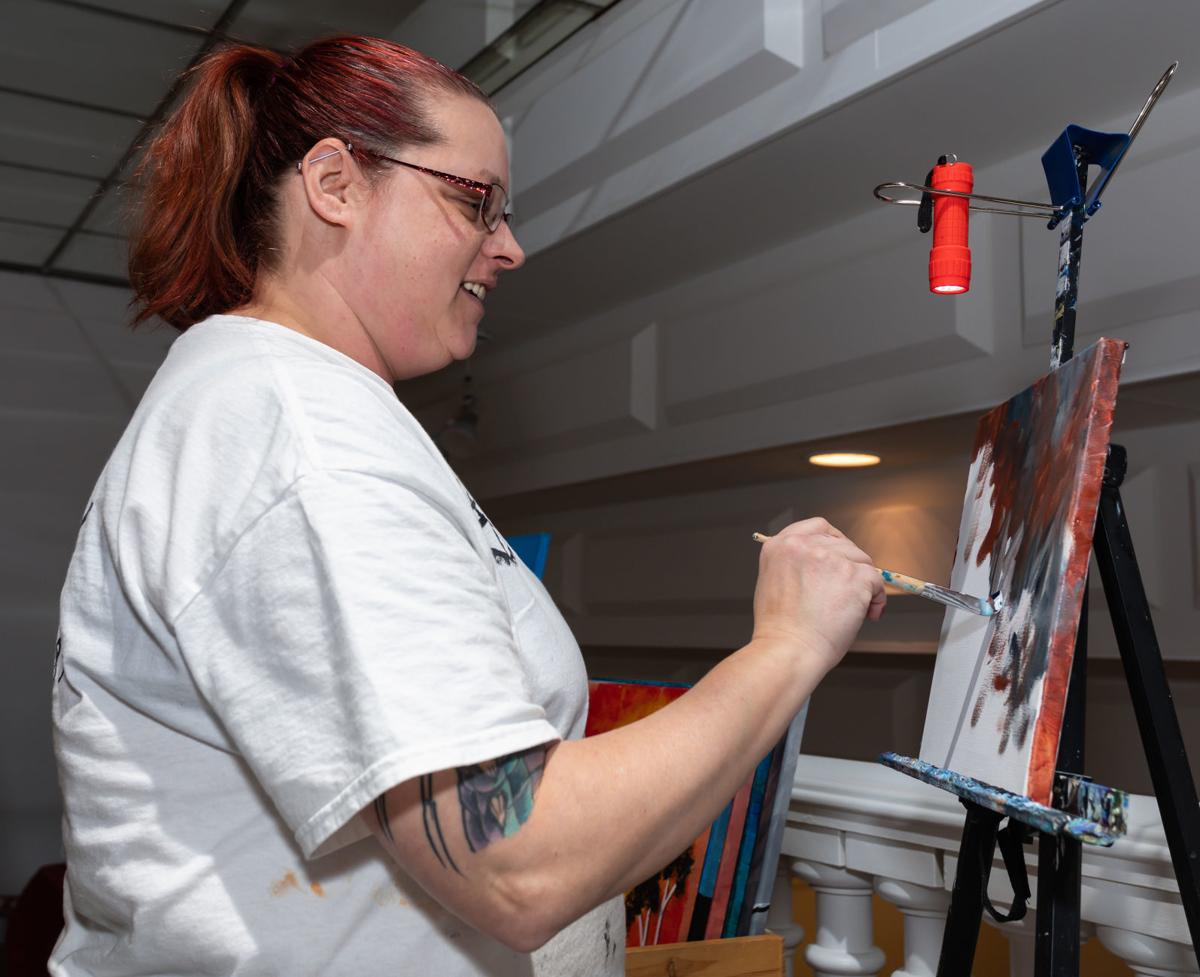 Art Wine Dine will feature all of the best elements of the two events that spawned it. 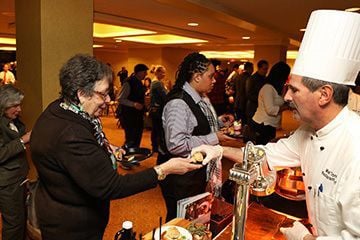 Art Wine Dine will feature all of the best elements of the two events that spawned it.

Two of the year’s most popular events have joined forces in 2020, creating a fundraiser that is set to be greater than the sum of its parts. The former events (The Atlantic City Restaurant Week Kickoff and the At The Shore Wine Tasting Art Show) are now one extravaganza presented by the CRDA and The Greater Atlantic City Concierge Association, known as Art Wine Dine Atlantic City.

The presenting sponsor for the event is Atlantic City Weekly. It takes place from 5-8 p.m. Wednesday, Feb. 12, at Jim Whelan Boardwalk Hall in Atlantic City and will serve as a fundraiser to provide scholarships for students entering the hospitality industry. Art Wine Dine will combine all the things you loved from those past celebrations, plus more. Folks can expect a myriad of culinary delights provided by some of the area’s top restaurants as well as South Jersey based craft beers, spirits and wines and visually stunning displays from local artists. There will also be live music from the Stockton Faculty Band as well as a silent auction, cash bars and plenty more.

From the sound of it, the pairing of the two events happened organically.

“It just made sense if we wanted to grow both events, to combine them,” says Doreen Prinzo, Marketing manager for the CRDA. “It also helped that they are both scholarship events. They had the same goal in mind and it provides the best of three things — food, wine and art, so it just made sense from a culinary and visual arts perspective. And the event will be a little bit larger because it can host more people now.”

Sure, just about any halfway decent event is going to have some food at it, but what Art Wine Dine offers is something truly unique. Some of the most loved participants from Atlantic City’s Restaurant Week will be on hand to offer up mouth-watering morsels to the throngs of attendees. The names you will find on this list include everything from neighborhood standbys like Mexico Restaurant & Bar to casino hot spots like Veracruz and Il Verdi to celeb chef-branded eateries like Gordon Ramsay Pub & Grill and Guy Fieri’s Chophouse. Guests will be offered a variety of tastings, with options running the gamut from ahi tuna sashimi to rigatoni Bolognese to brisket egg rolls and all points between.

“They all sound so good, but I am a seafood lover, so the rosemary shrimp skewers from Phillips Seafood as well as the salmon and tuna wonton crisps from Souzai Sushi & Sake really stand out to me,” Prinzo says.

With the explosion of craft breweries, distilleries and wineries in South Jersey folks at Art Wine Dine will be blessed with a vast array of tasting options when it comes to beverages. Craft beer tastings include varieties from local breweries such as Tuckahoe Brewery, Spellbound Brewing, Pinelands Brewing and Cape May Brewing Company while Atlantic City’s own Little Water Distillery will offer its lineup of spirits, which include Liberty Rum, Rusted Revolver Gin and 48 Blocks Vodka. Those who prefer the elegance of wine will enjoy varieties of both white and red from Gallo wines as well as Belleview, whose wines include several varieties that feature grapes native to South Jersey. There will be two cash bars in addition to the tasting stations.

Visually speaking, Art Wine Dine looks to be a stunning affair, with displays from 20 local artists dotting the space and offering a bit of eye candy to attendees. Everything from photographs to sculptures to paintings and prints will be available for viewing and purchase.

And what would an event be without some music? Art Wine Dine will feature live music from the Stockton Faculty Band, which should provide you with some entertainment as well as a good excuse to tap your feet.

Of course the ultimate goal of Art Wine Dine is to offer scholarships to local students entering the hospitality industry. Between both prior events the CRDA and GACCA have awarded $107,400 which has been distributed to 105 students attending local colleges.

This year students will be involved directly in making the event run smoothly.

“During the event we ask each of our hospitality schools to send some of their students to help in various capacities, serving food, selling tickets, taking coats and cleaning up. We have 18 students coming and they will work hand in hand with us to create this great event,” Prinzo says.

HOW MUCH: $35 in advance, $40 at the door. Tickets can be purchased at Eventbrite.com