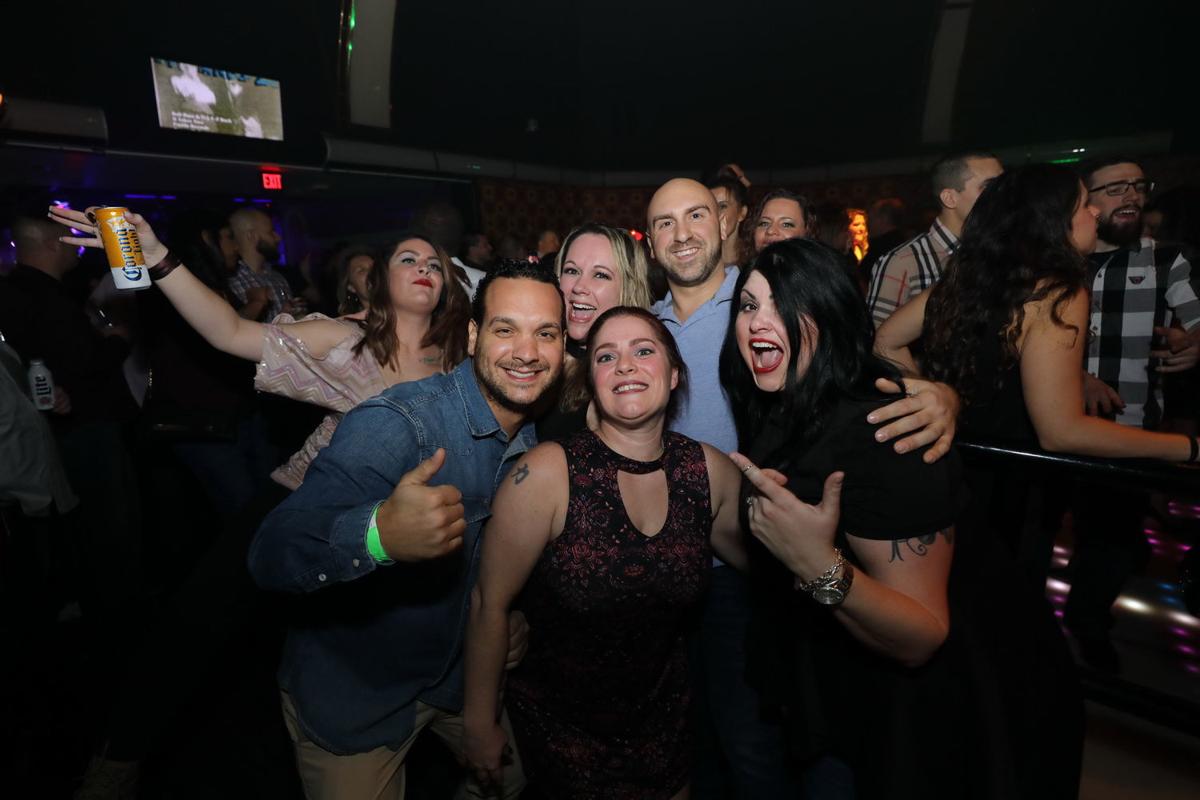 Summer may be gone, but the party still lives on in A.C. 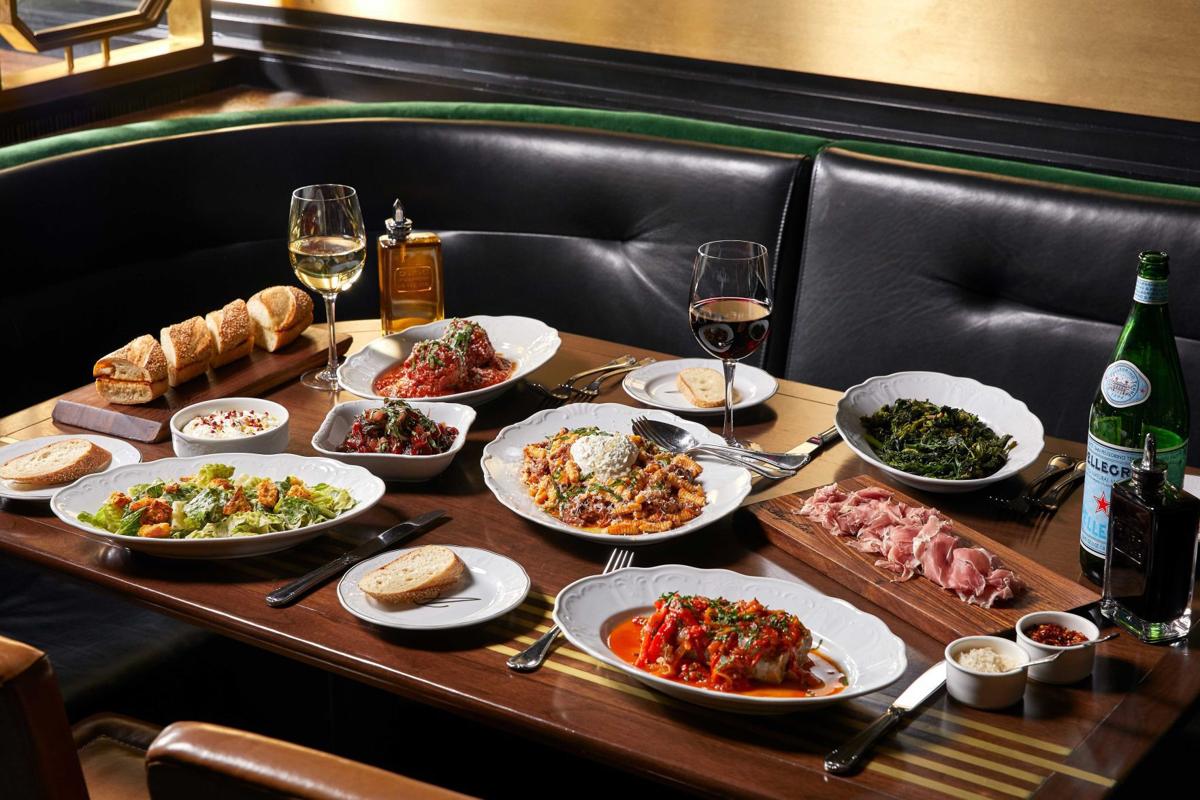 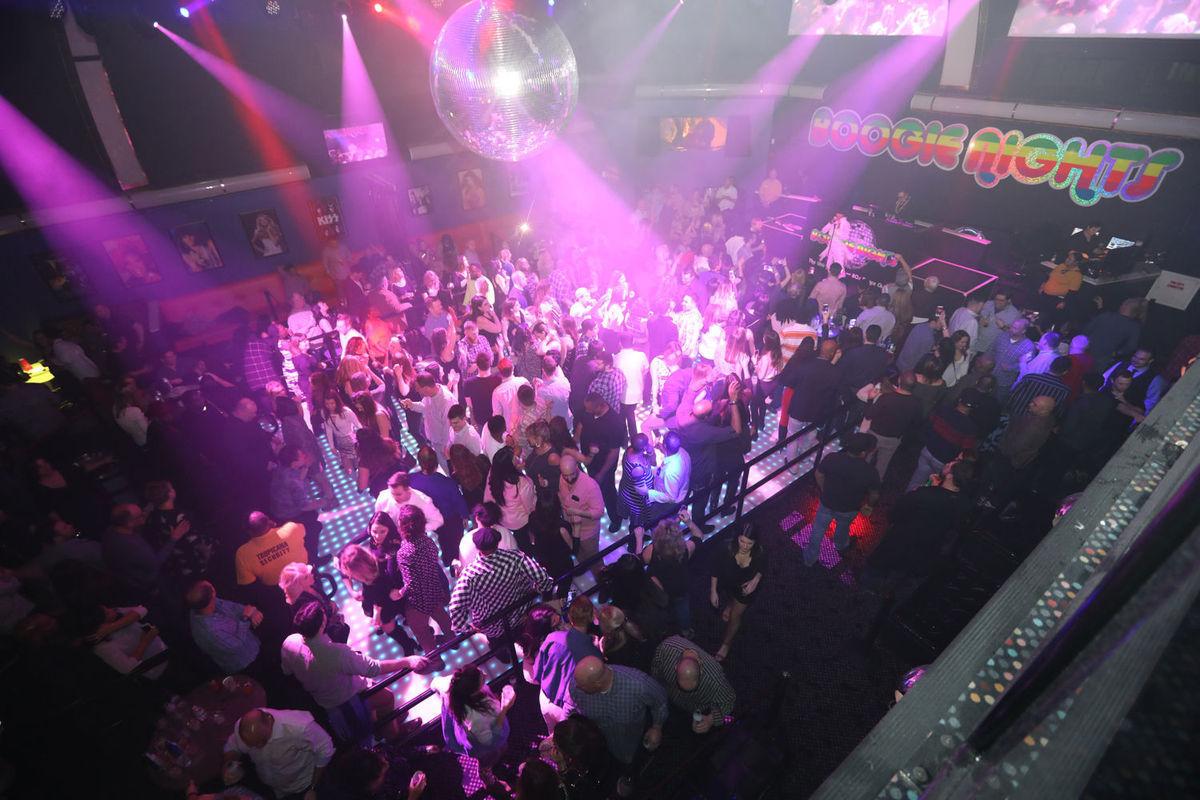 In honor of St. Paddy’s Day, Boogie Nights will host Shamrocks and Shenanigans this Friday. 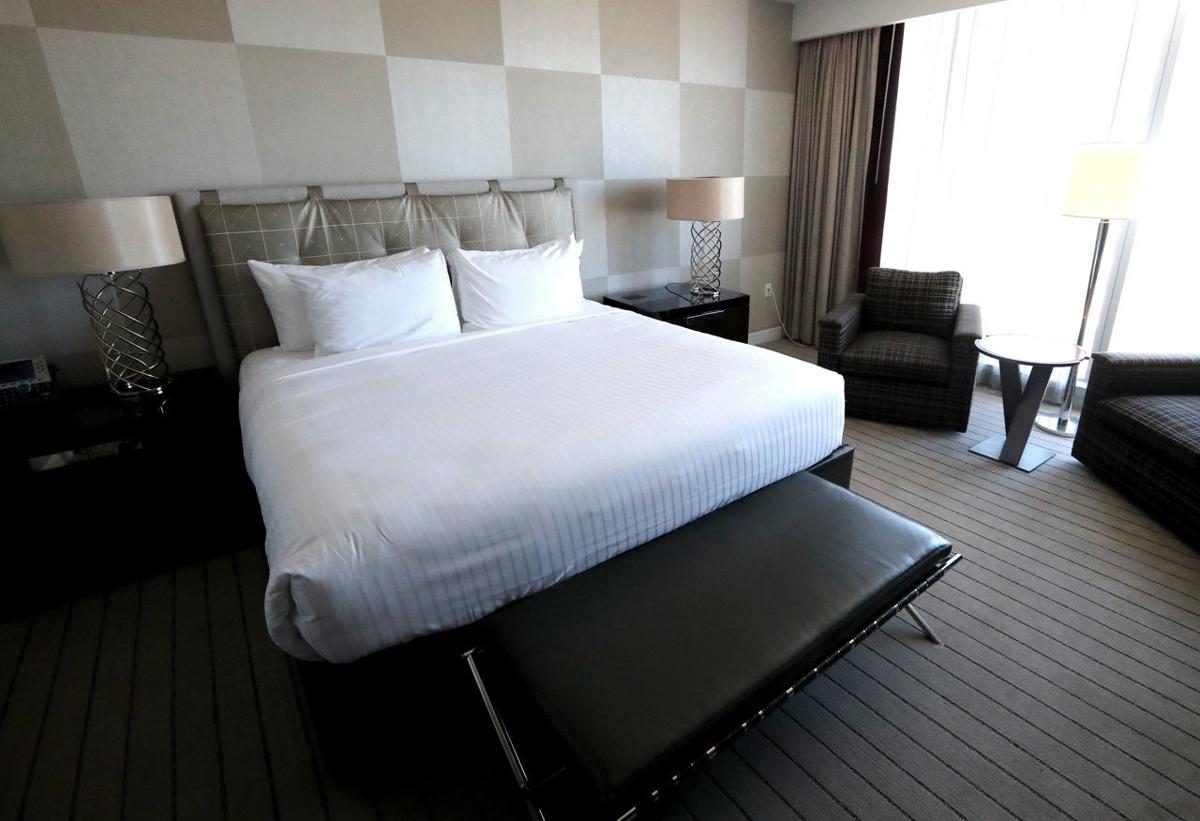 Ocean Casino Resort is offering discounted rooms throughout much of the offseason. 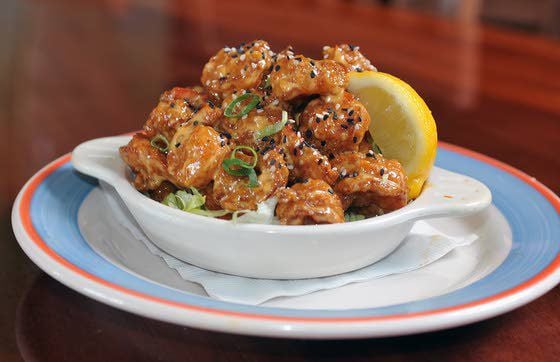 Lava Lava Shrimp are just one of the discounted items on Margaritaville's winter happy hour menu. 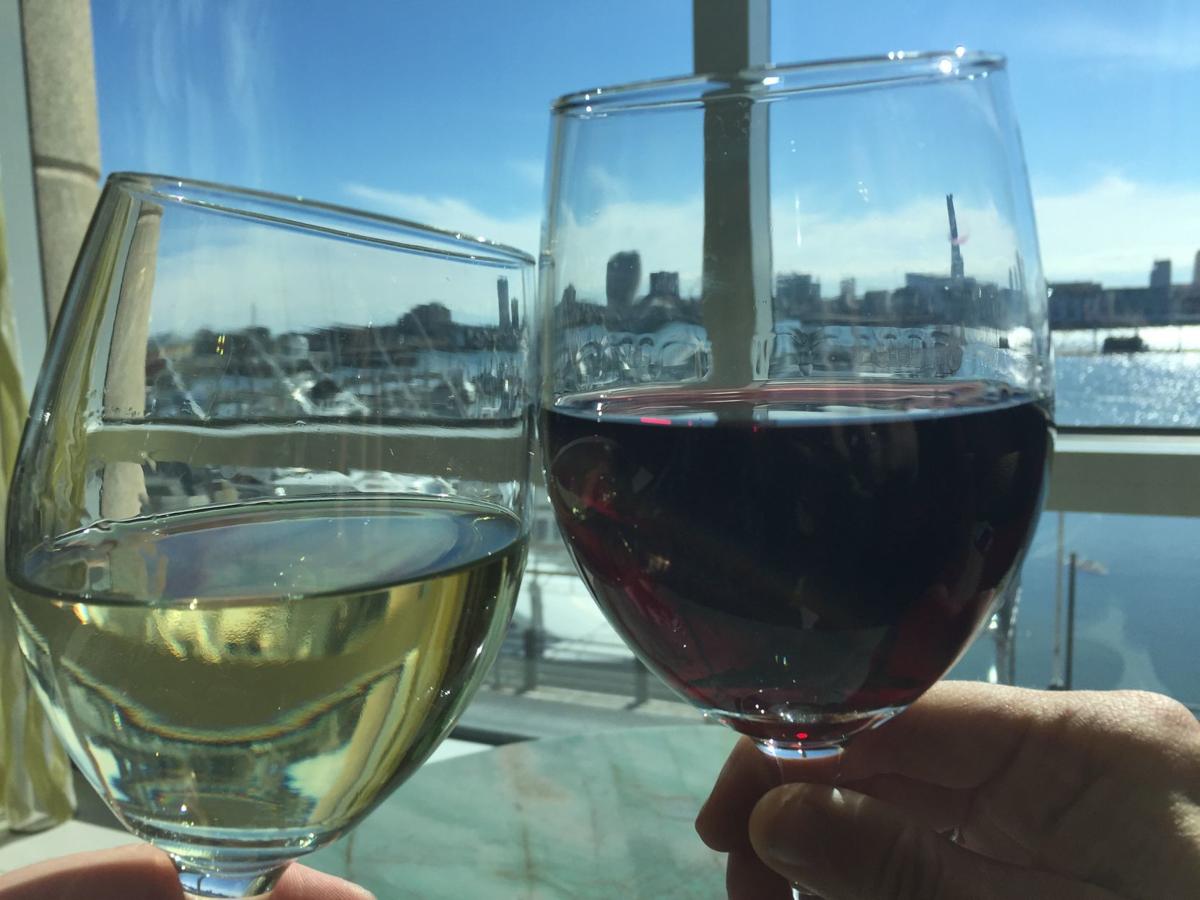 Chart House will offer special deals on happy hour this winter as well as a brand new Sunday brunch.

Summer may be gone, but the party still lives on in A.C.

In honor of St. Paddy’s Day, Boogie Nights will host Shamrocks and Shenanigans this Friday.

Ocean Casino Resort is offering discounted rooms throughout much of the offseason.

Lava Lava Shrimp are just one of the discounted items on Margaritaville's winter happy hour menu.

Chart House will offer special deals on happy hour this winter as well as a brand new Sunday brunch.

Summer at the shore is obviously wild, but when the sun’s rays cool and the parade of holidays are suddenly over, people tend to stay home and sulk.

But we have good news for anyone with the winter blues. The frosty season can be a locals’ paradise, particularly when it comes to the casinos in Atlantic City, who load up this time of year with great deals, cheap meals and discounted rooms. And the best part about it is you don’t have to battle through the throngs of summer vacationers just to get to a slot machine. For once, we got the whole place to ourselves, and it’s time to party.

Here’s a look at some of the things you can enjoy this winter at the casinos.

One of the best aspects of the offseason is the ultra-low rates many of the casinos charge for rooms. Just because you are local doesn’t mean you won’t enjoy and overnight at a casino. At Tropicana Atlantic City from now through Jan. 30 rooms at the Havana Tower can be had starting at $99. On Thursdays that deal drops down to $59 and comes with admission for two to Boogie Nights and $20 in slot dollars. Borgata Hotel Casino & Spa is currently offering rooms on select days starting at $89. At Caesars Atlantic City and Bally’s Atlantic City guests will receive a $30% discount on rooms through Feb. 17, while guests at Harrah’s Resort will receive a 35% discount. Over at Ocean Casino Resort right now they are offering nightly winter rates starting at $59 as well as a two-day midweek staycation package for $99 on select dates through March 31.

When it’s time for a bite …

Unlike many restaurants at the shore, the dining scene at Atlantic City’s casinos is a year-round operation. And some of the best deals and exciting openings can be found when the temps are down.

At Il Verdi inside Tropicana, the new Sunday Supper prix fixe menu will offer guests exclusive menu items that are not available on Il Verdi’s regular menu for $42 per person as well as a list of $25 bottled wines. Expect jazzy rat pack vibes.

At Borgata, Michael Symon’s Angeline offers a Thursday night special at the bar known as Symon Says …Thursdays. The deal includes a full menu of $10 items including some truly fantastic choices such as grilled lamb chops, a charcuterie board, chicken parm sliders and many more. A list of $4 beers and $10 cocktails and wines by the glass rounds out the menu.

Caesars properties are currently offering $39 three-course prix fixe dining at a number of their most popular restaurants. At Caesars you can get this deal at Gordon Ramsay Pub & Grill and Nero’s Italian Steakhouse, at Bally’s you’ll find it at Guy Fieri’s Chophouse and at Harrah’s the deal shows up at both Veracruz and Coastal Craft Kitchen & Bar.

Over at Golden Nugget Atlantic City the winter dining offerings are enough to get excited about. Beginning Sunday, Jan. 26, Chart House will offer a brand new all-you-can-eat Sunday brunch buffet from 11 a.m. to 2 p.m. which will feature a variety of breakfast and lunch specialties as well as unlimited mimosas for $49.99. Grotto will give you a good reason to get out of the house as their That’s Amore Pizza & Wine Special runs from 4 p.m. to close on Mondays, Tuesdays, Fridays and Sundays. The deal gets you a bottle of wine and a pizza for $25. Ocean Casino Resort will host Wine Down Week from Feb 2-7 in which a variety of wines from around the world will be served by the glass and priced at half off at a number of their most popular restaurants and bars, including Amada, American Cut, Dolce Mare, Villain + Saint, Topgolf Swing Suite, 1927 Lounge + Speakeasy, Harper’s, HQ2 Nightclub, William Hill Sportsbook Bar and High Water Wine Bar.

Gallagher’s Steak House at Resorts Casino Hotel is all ready to bundle you up with their Winter Warm Up Happy Hour which runs from 5-7 p.m. Sundays through Fridays and features a menu of $10 cocktails as well as a full menu of munchies. And at Jimmy Buffett’s Margaritaville will also feature a special winter happy hour in the bar area featuring $5 house margaritas and house wines as well as $4 well drinks and $3 Bud Light or Miller Lite drafts. App specials will also be featured.

When you want it all …

So you want to maybe hit a show, have dinner and stay the night? There are great deals to be had that combine multiple aspects of fun.

Tropicana has a few package deals for the offseason. The first runs select dates from Jan. 19-April 26 and includes a standard room in the North Tower as well as a pair of tickets to see The Rat Pack: Back in Town and a gourmet Sunday Dinner for two at Il Verdi for $170. The other is a one-night-only deal set for this Saturday, Jan. 11. It’s called the Girls Night Out Package and it includes accommodation in the Havana Tower as well as two tickets to Claudia Oshry, $20 in bonus slot dollars and complimentary admission for two to Boogie Nights.

Hard Rock is offering a Winter Escape Package starting at $79, which includes an overnight stay (Mondays through Thursdays) as well as a $60 dining credit to be used at Fresh Harvest Buffet and two tickets to Howie Mandel’s Comedy Club.