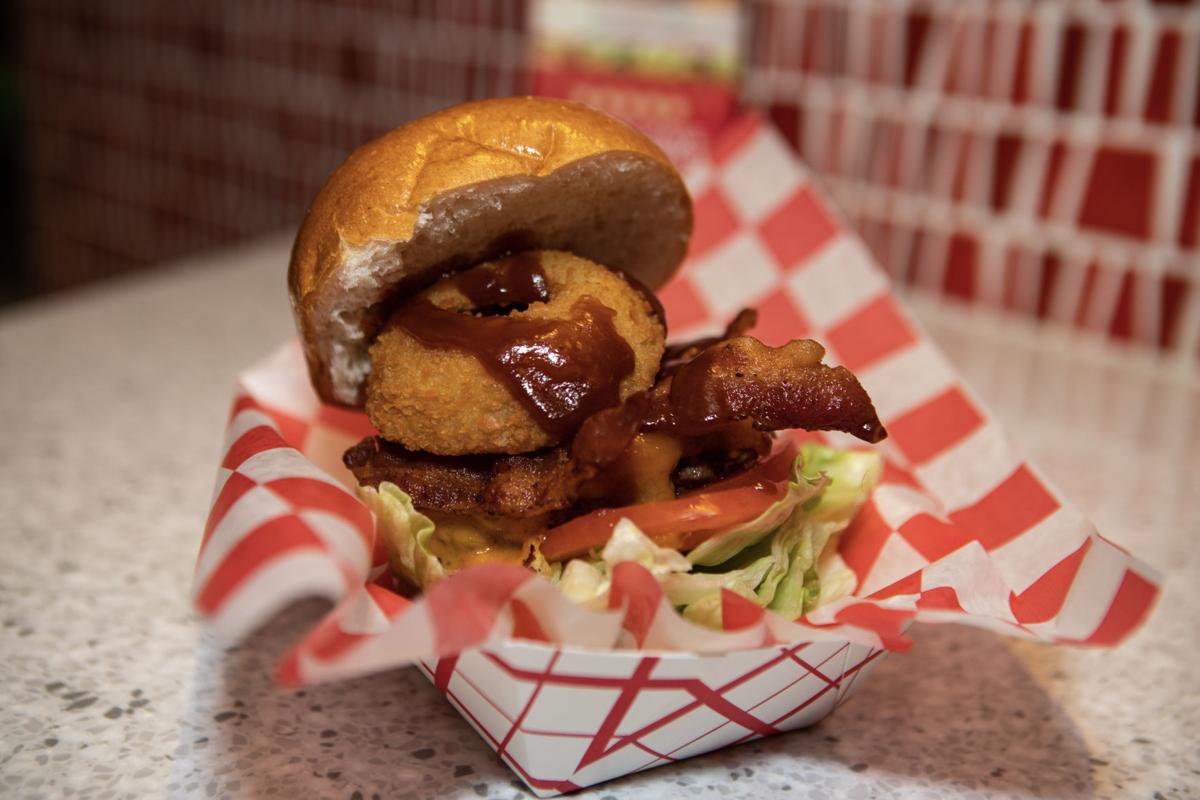 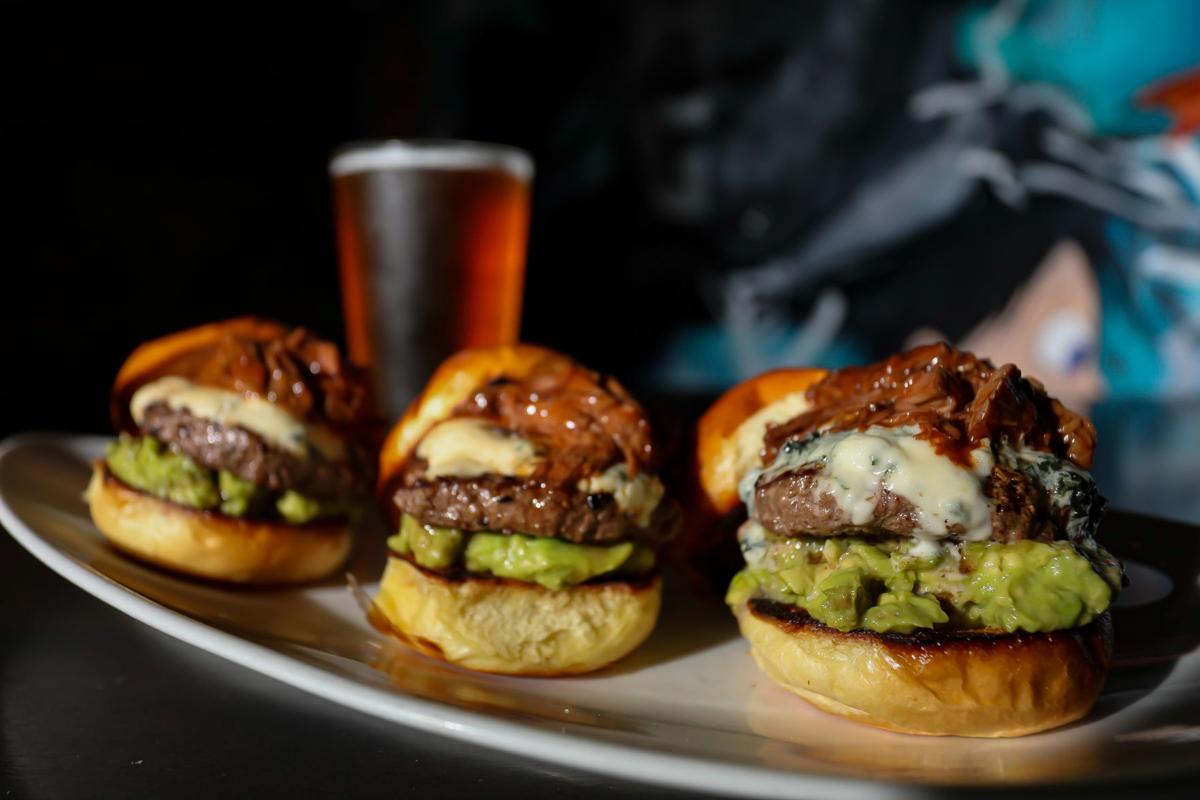 New kid on the block, Tennessee Avenue Beer Hall, offers the ‘badass black and blue burger’ to pair with one of their many beers. 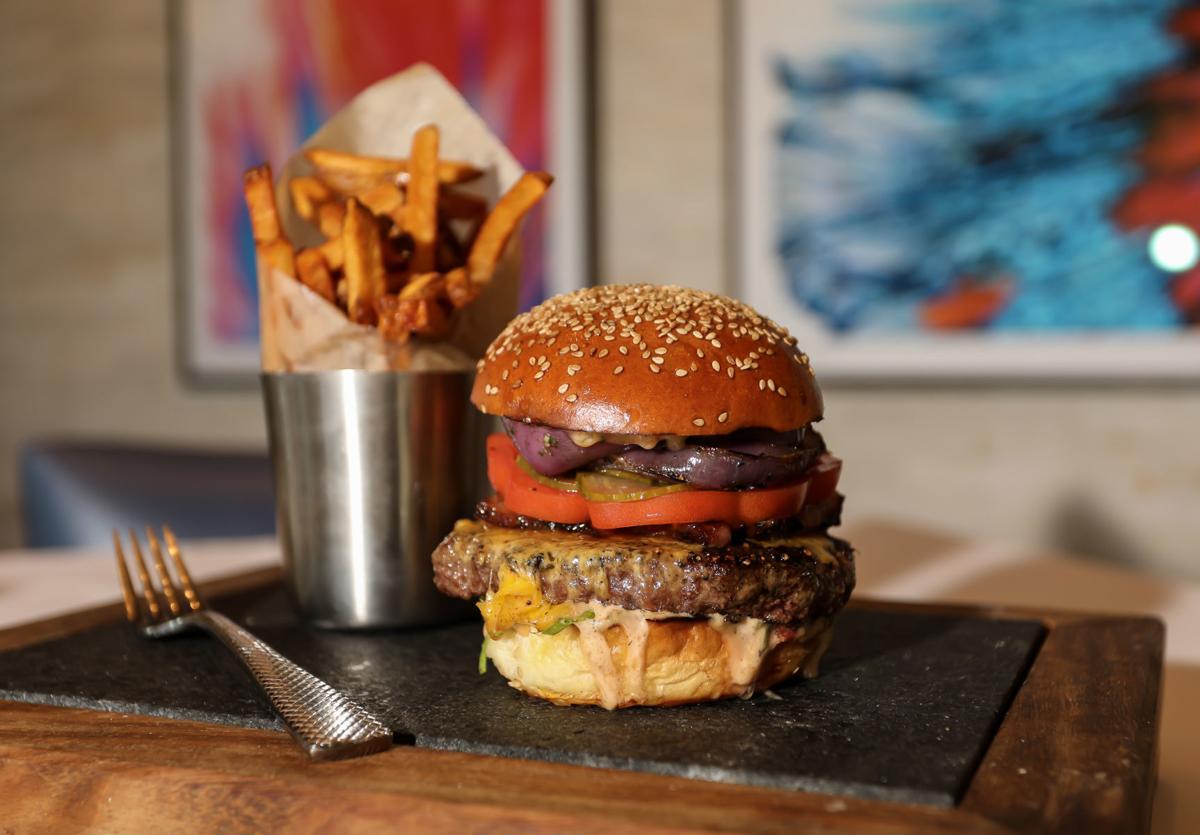 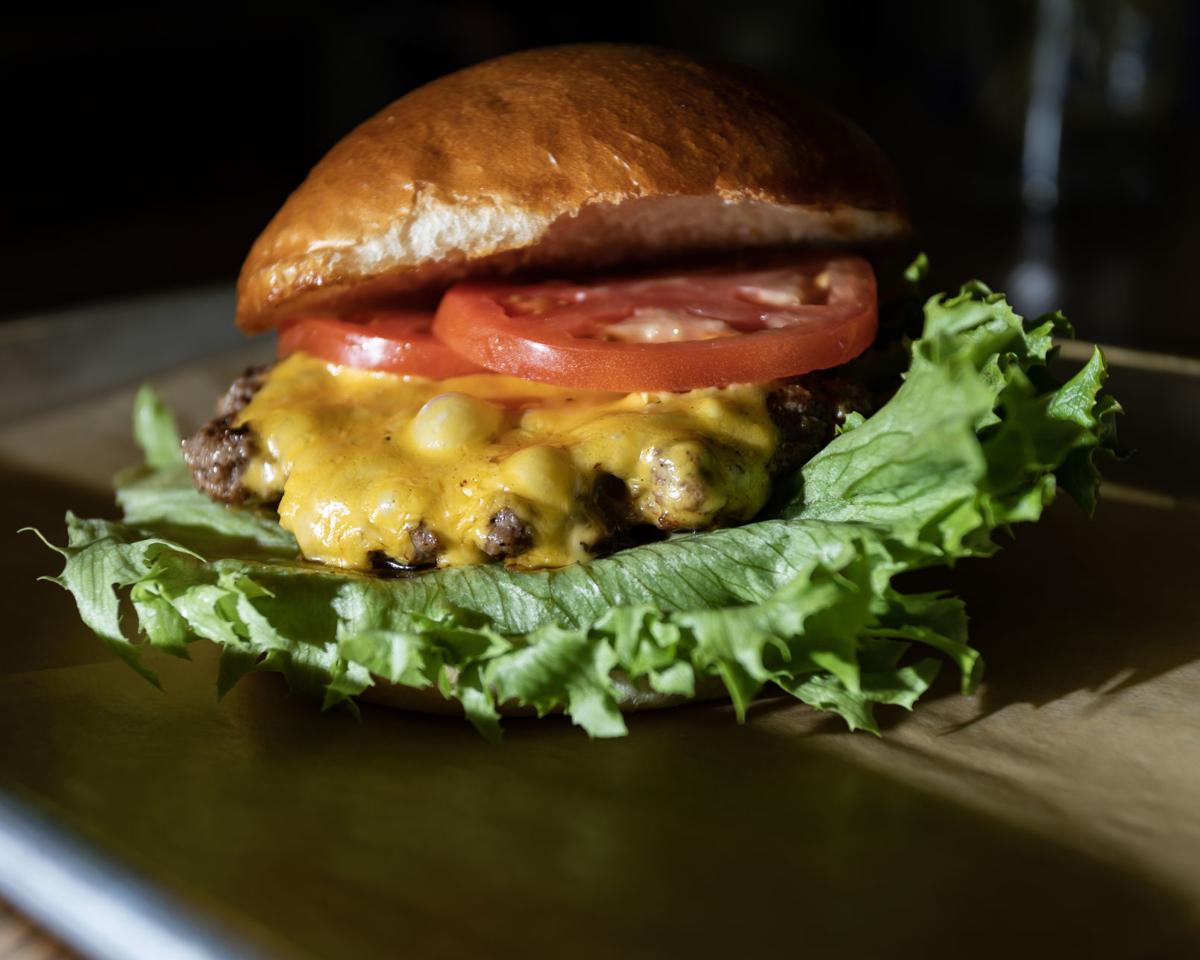 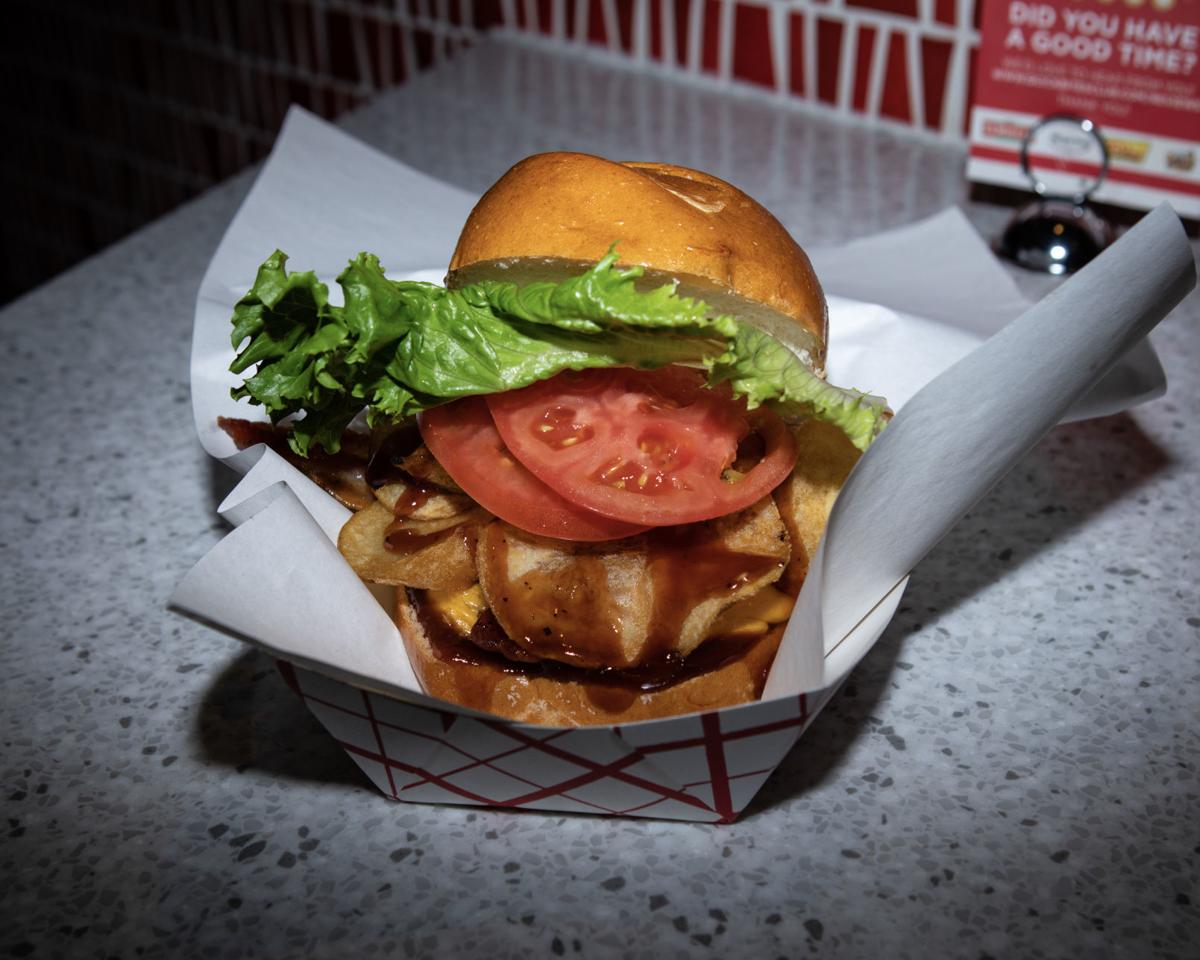 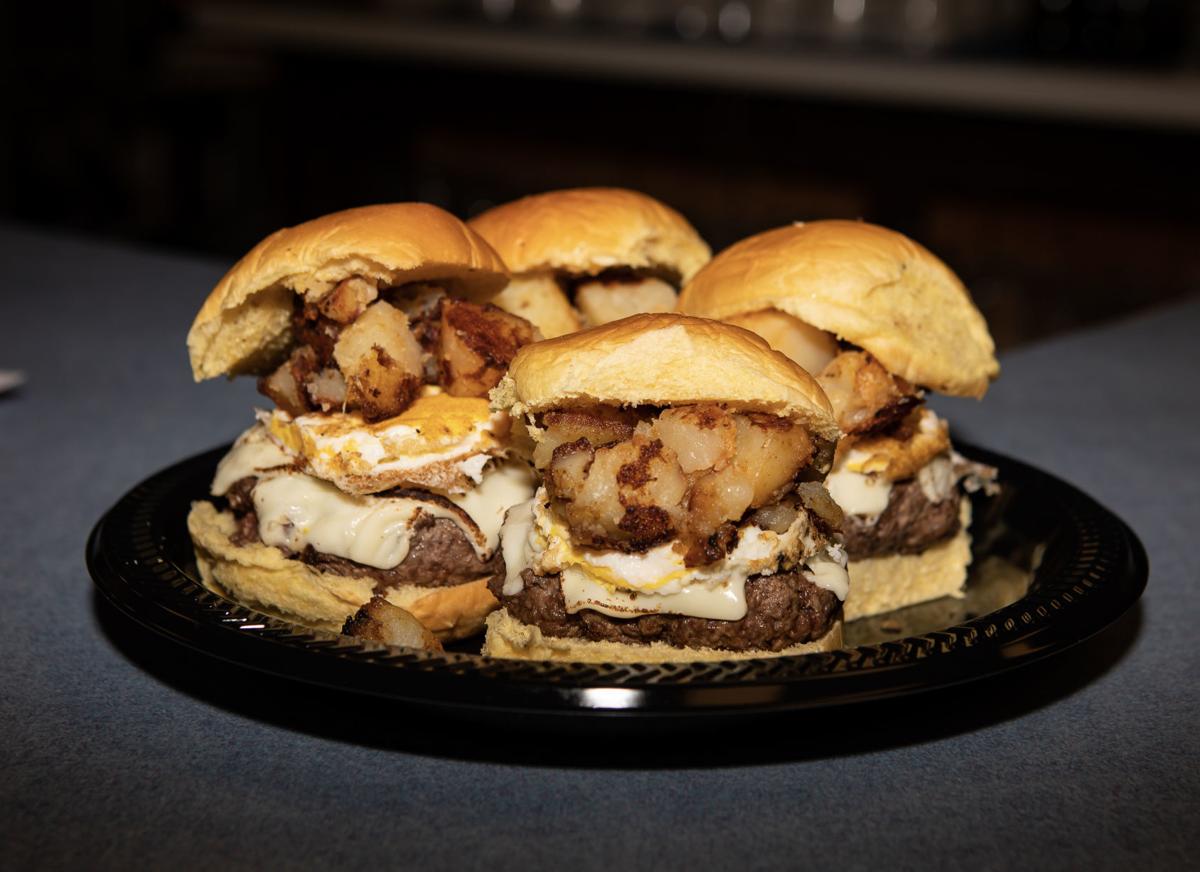 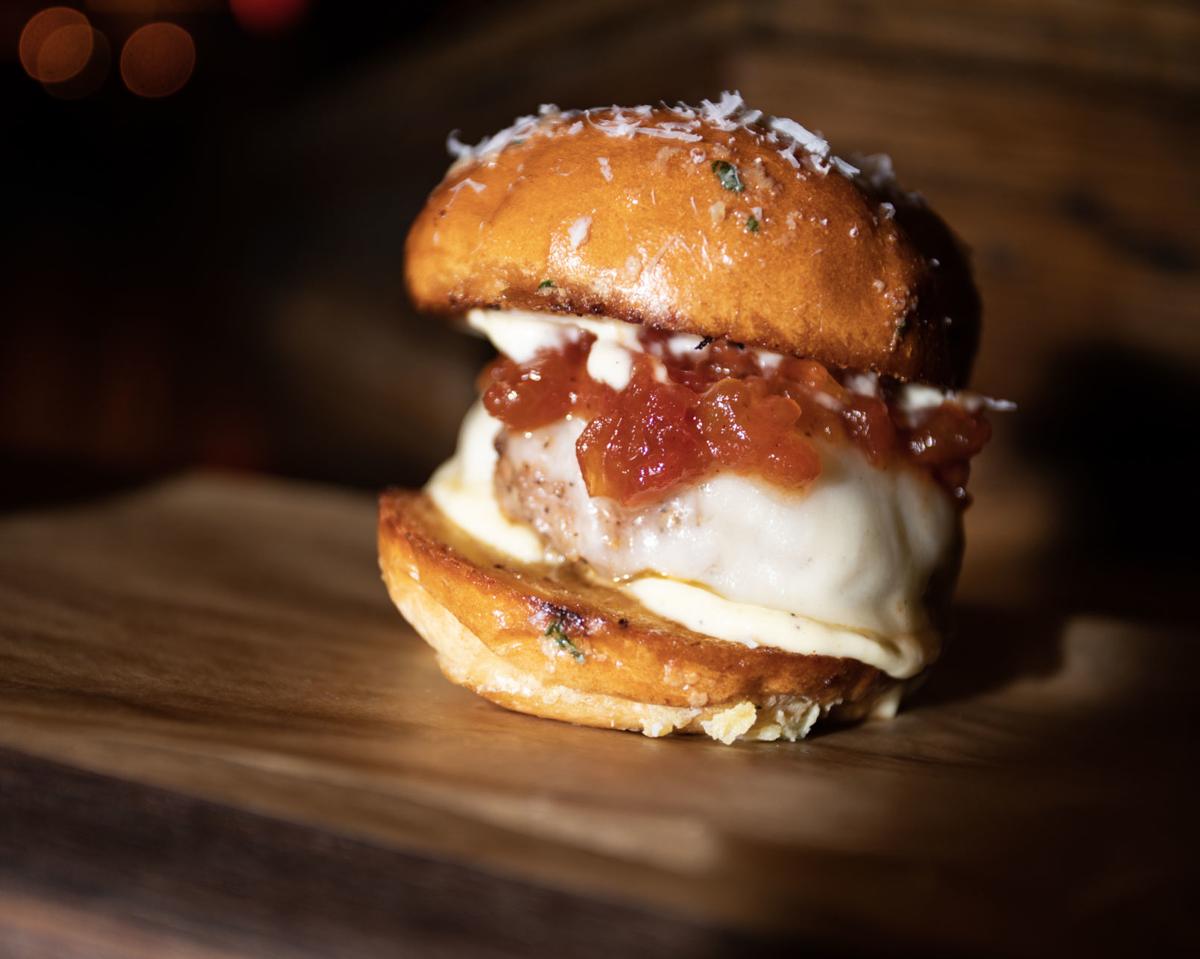 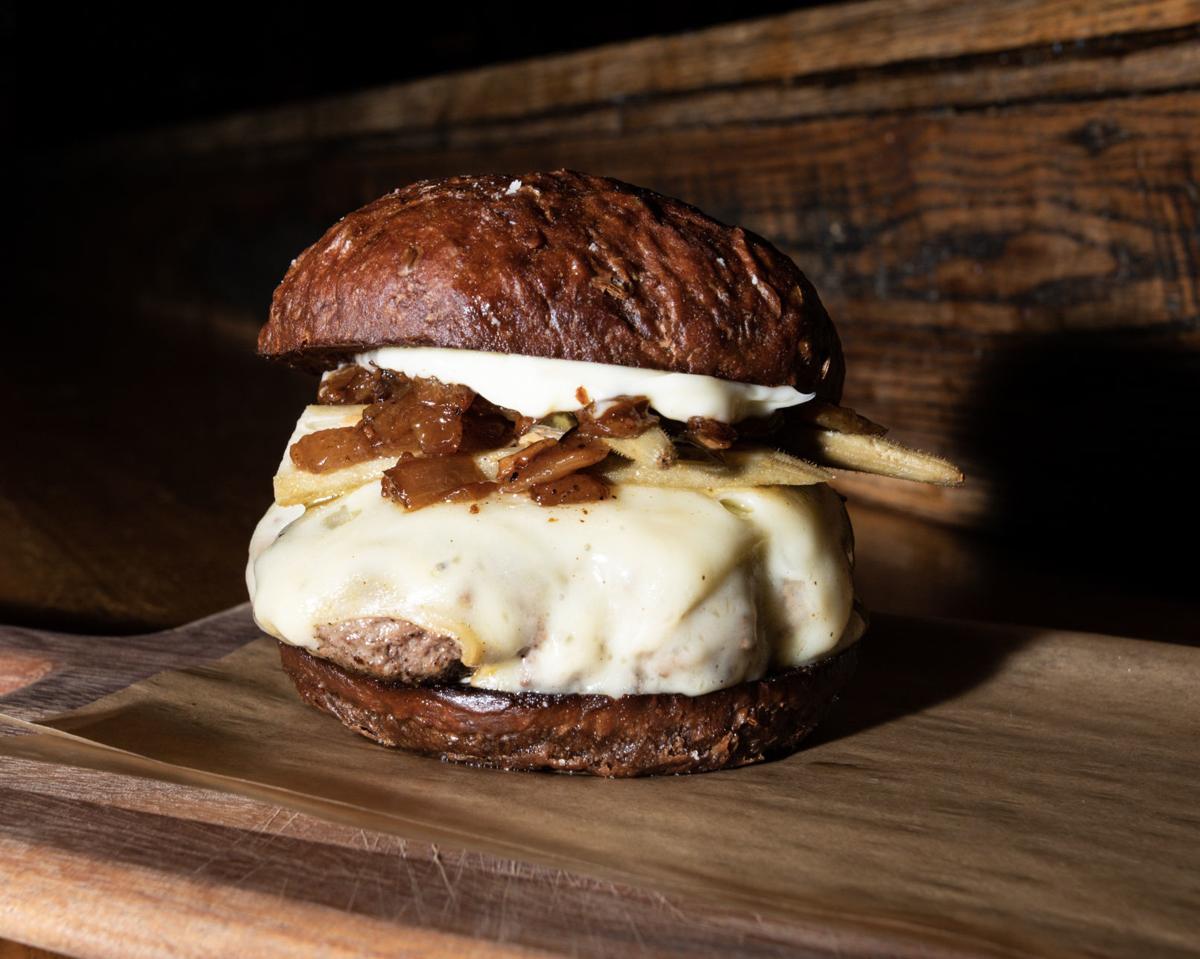 Villain & Saintbrings in premium Wagyu beef, makes its own buns and smokes the mozzarella for their burgers. 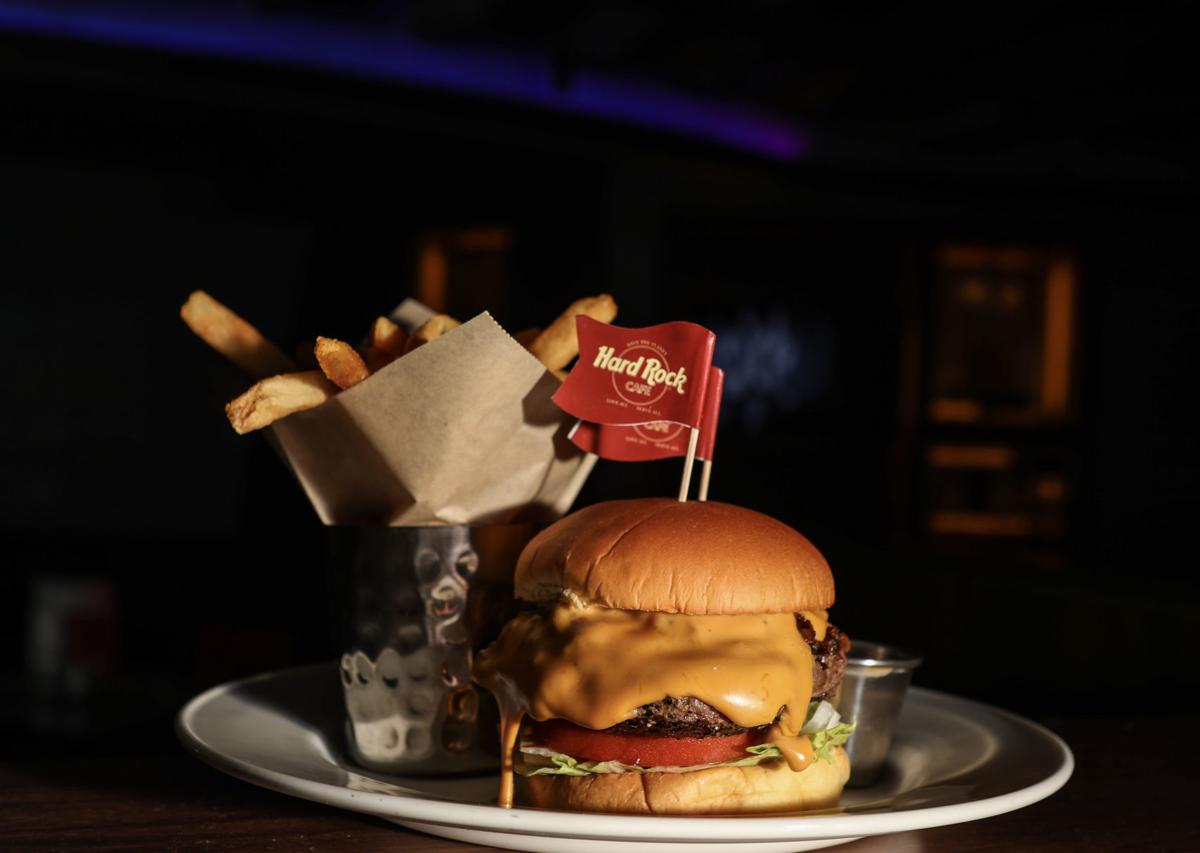 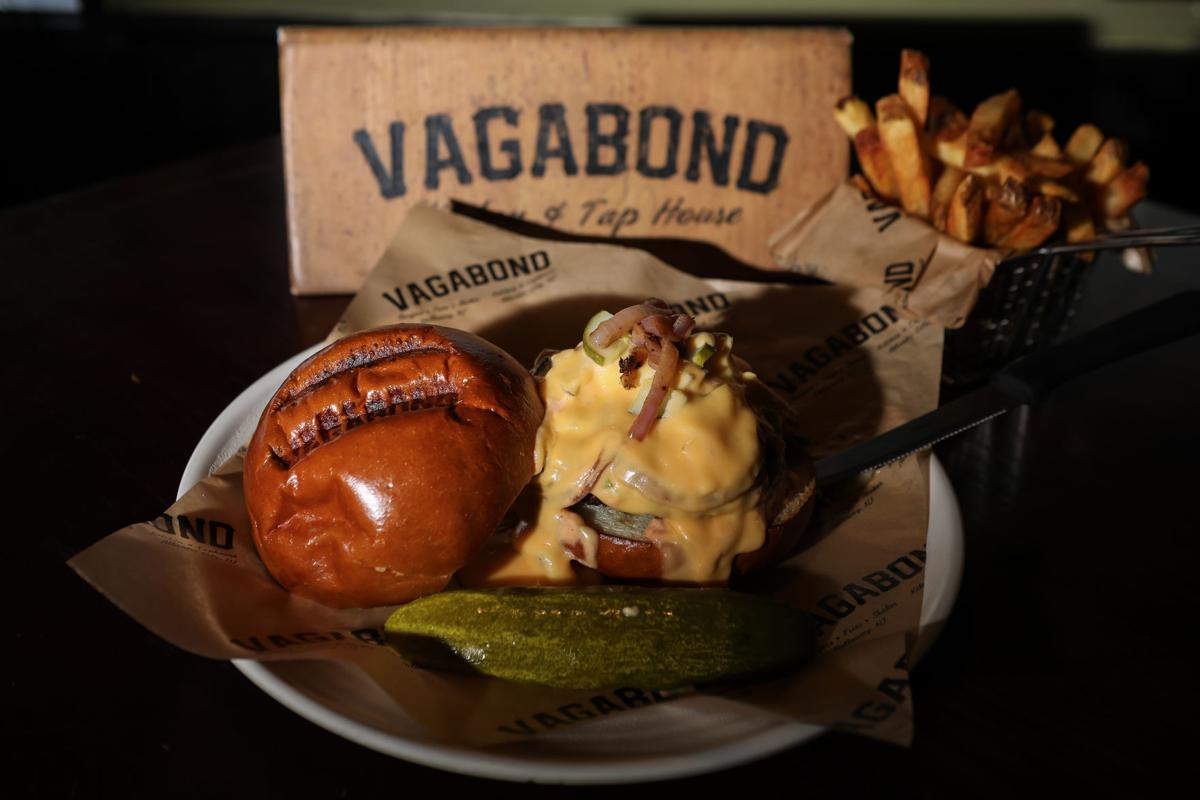 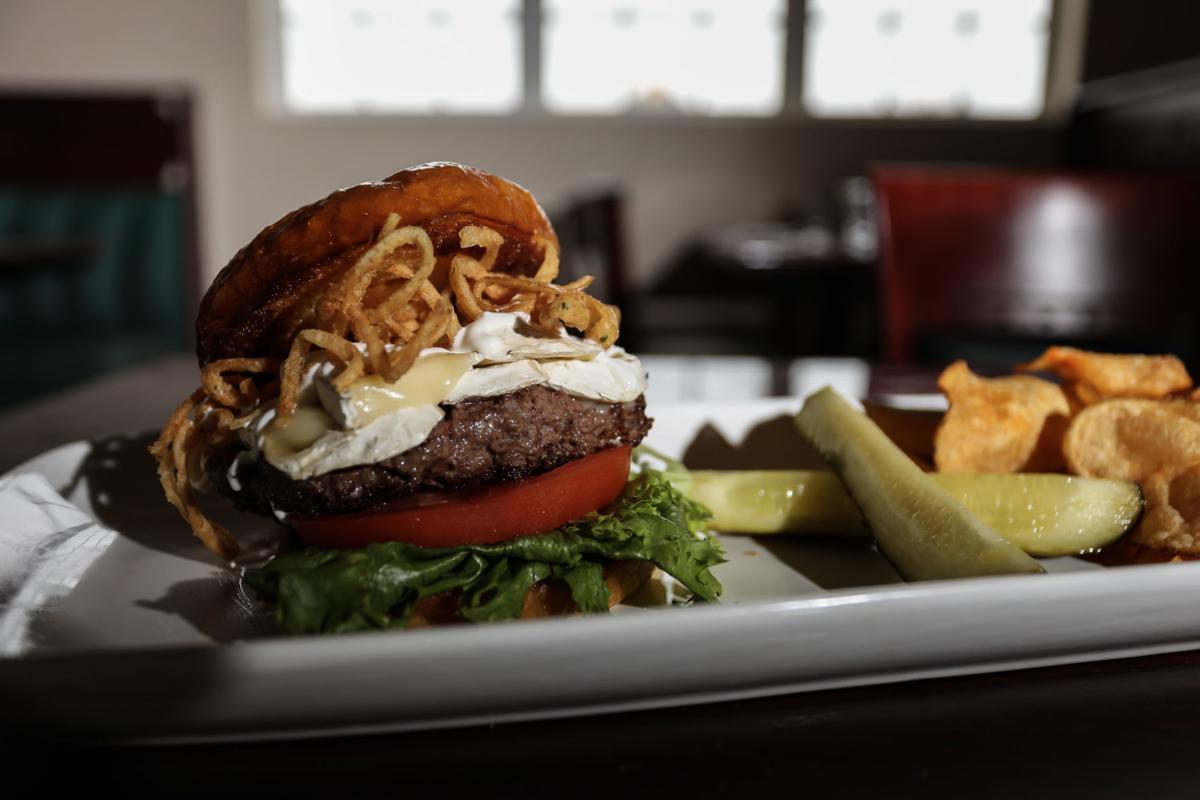 New kid on the block, Tennessee Avenue Beer Hall, offers the ‘badass black and blue burger’ to pair with one of their many beers.

Villain & Saintbrings in premium Wagyu beef, makes its own buns and smokes the mozzarella for their burgers.

The odds makers are still crunching numbers, but if you are trying to figure out who has the best chance of taking home the gold at Burger Bash 4, we present to you the second part of the list of burger warriors we started last week.

Why it could win: Because you won’t see it coming. Think about it — a place named Council Oak Fish coming out with a trophy at a burger competition? Seems impossible. That is what they want you to think. Then you bite into the custom blend patty and everything you thought you knew about burgers that come from fish restaurants goes right out the window.

A Saturday Block Party in Ventnor

The Ventnor Business Association will host a Spring Block Party from 10 a.m. to 5 p.m. Satur…

Why it could win: Villain & Saint shocked the competition when their wing took third place from the judges at Wing Wars this year. Could their burger repeat or even outdo that success at Burger Bash? It’s very possible, as they are bringing some serious high end beef and a rye bun with caraway seeds that will taste like nothing else at the competition.

Why it could win:The name doesn’t give away any details, but lets just say that when you literally throw sausage into the mix you raise your chances of victory considerably. And when you use a garlic knot as the bun? Fuggettaboutit ...

Why it could win: Ever see the classic “Messl” at Essl’s? Now add a burger to it. ’Nuff said.

Why it could win: Each year Ruby’s brings a standout burger to Burger Bash and this time they just might take the top honors. After all what’s better than a burger? A burger involving both onion rings and “Ruby sauce.”

Why it could win: Johnny Rockets entire concept is based around classic american fare and burgers are their flagship item. A little sweet from the honey barbecue, a bit of applewood smoked bacon and just like that here comes the trophy.

Why it could win: It’s got short ribs resting on blue cheese — and that’s before you even get to the burger patty. How could this not be a serious contender?

Why it could win: It’s a freakin’ camel burger. Like as in they use actual camel meat. It goes without saying that this burger is going to be getting a lot of attention that day.

Why it could win: Vagabond is no stranger to these events, often taking home many a trophy. This year they chose to recreate a certain famous burger from a certain chain restaurant which may or may not have a clown mascot with a rhyming name. Tasting those familiar flavors kicked up by the Vagabond crew may be enough for a victory.

Why it could win: The high-end folk will appreciate the brie while the rest of us commoners will go bonkers for the frizzled onions. Either way everybody wins. Maybe even the burger itself.

Why it could win: Hard Rock’s decision to add a Jameson bacon jam and a Guinness cheese sauce will likely make this burger as intoxicating as it sounds.

The Bash is coming

Burger bash 4 is just around the corner. That means 18 of the top burger spots in South Jersey will go head to head and grill to grill to decide who makes the best beef on a bun. Guests will be able to sample an unlimited amount of slider-sized burgers from each restaurant and vote for their favorite. There will also be a trio of esteemed judges handing out their awards for the Top 3 burgers. And to make sure the party rocks, there will be live music from LeCompt along with drink specials, T-shirts and more.

For more info and to purchase tickets, go to ACWeekly.com/BurgerBash

With Mother’s Day weekend upon us, we are tasked with the job of laying out the perfect day for Mom. We want her to feel loved, we want her to…