Twelve bartenders chosen from local bars & restaurants will gather at the Chelsea Tower Ballroom to shake, blend, and pour their version of the best margarita to compete in a 2 part challenge!

Fan Favorite - Guests will sample each of the 12 margaritas to vote for the FAN FAVORITE!

Mostly cloudy. Highs in the upper 30s and lows in the low 20s. 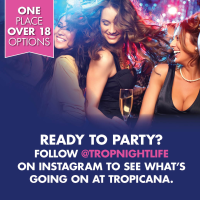