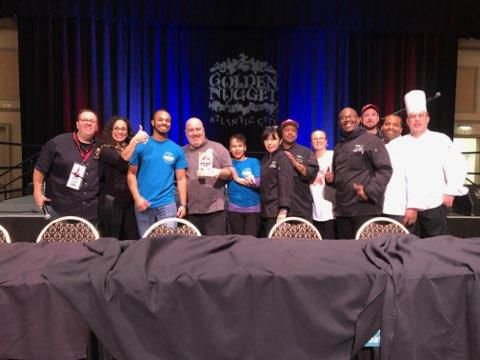 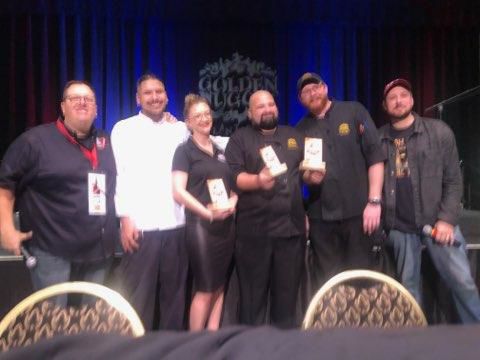 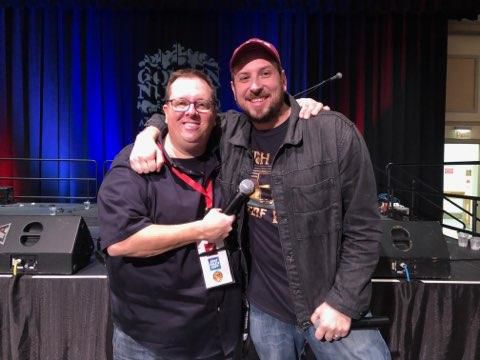 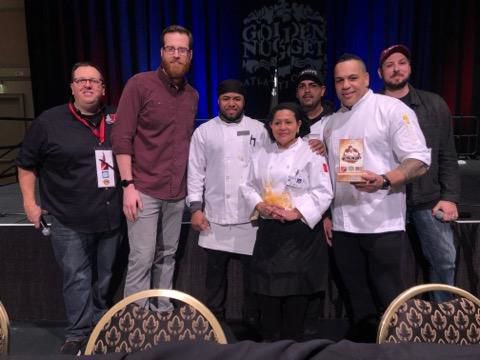 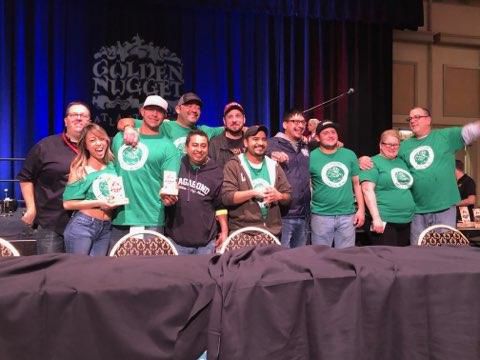 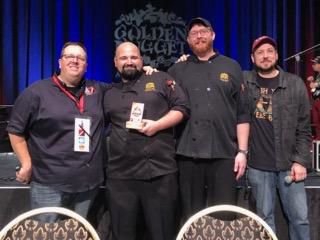 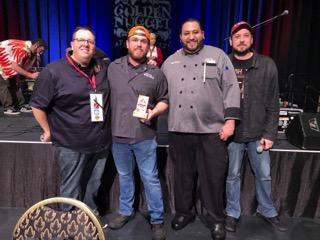 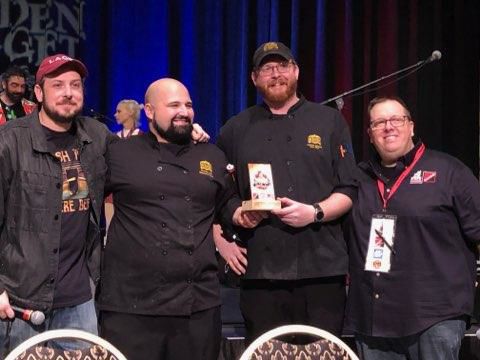 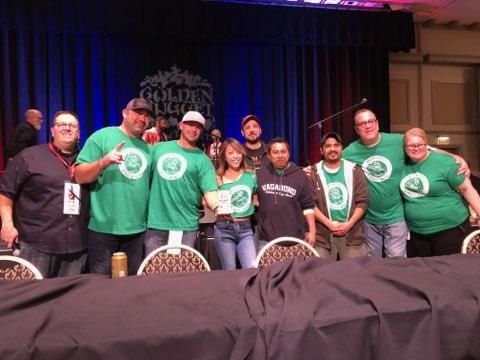 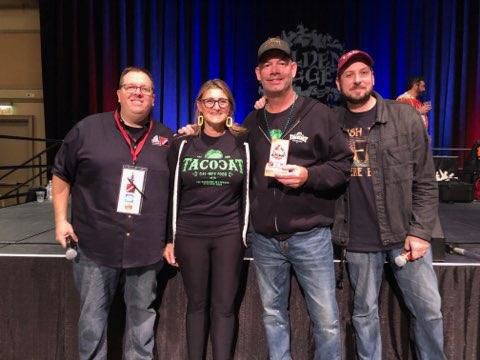 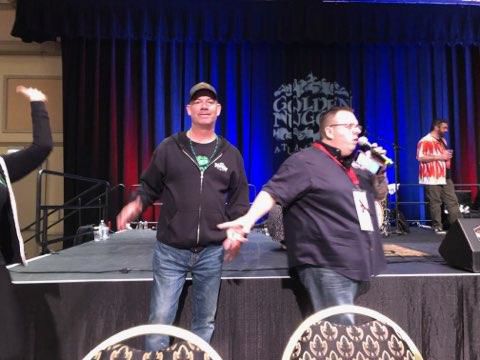 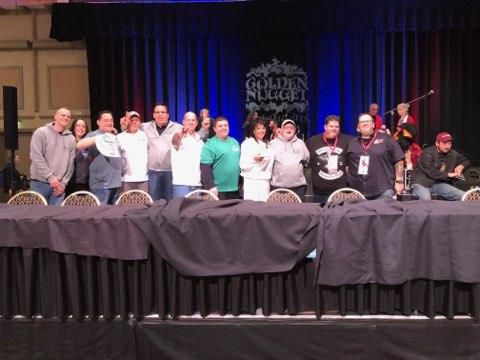 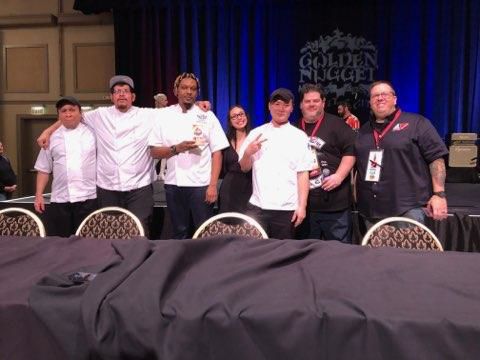 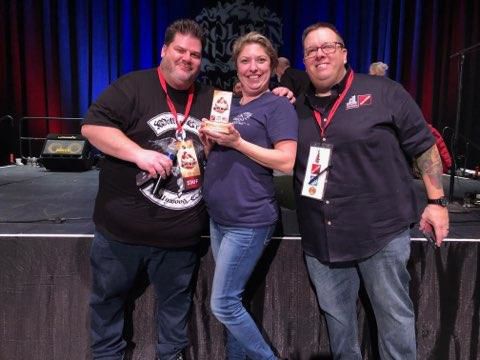 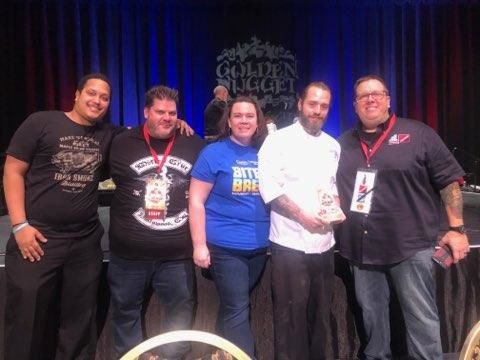 On Saturday, Jan. 25, the fourth installment of A.C. Weekly’s annual Wing Wars event was once again a huge success, as 21 restaurants battled it out at Golden Nugget Atlantic City. For the first time, this year’s event featured two live competitions — a Hot Wing Eating Contest and a Bobbing For Wings contest. Both made for thrilling, sloppy fun. Quasimodo’s Bride made their debut this year as the house band and kept the party loud and rockin.’ As usual, a variety of awards were handed out, with Chelsea Five Gastropub at Tropicana Atlantic City taking home top honors from the judges for the second year in a row for their Sriracha-Honey Chicken Wings with smoked blue cheese dressing. Below is the full list of winners.

The “I Can’t Feel My Face” Award: Essl’s Dugout