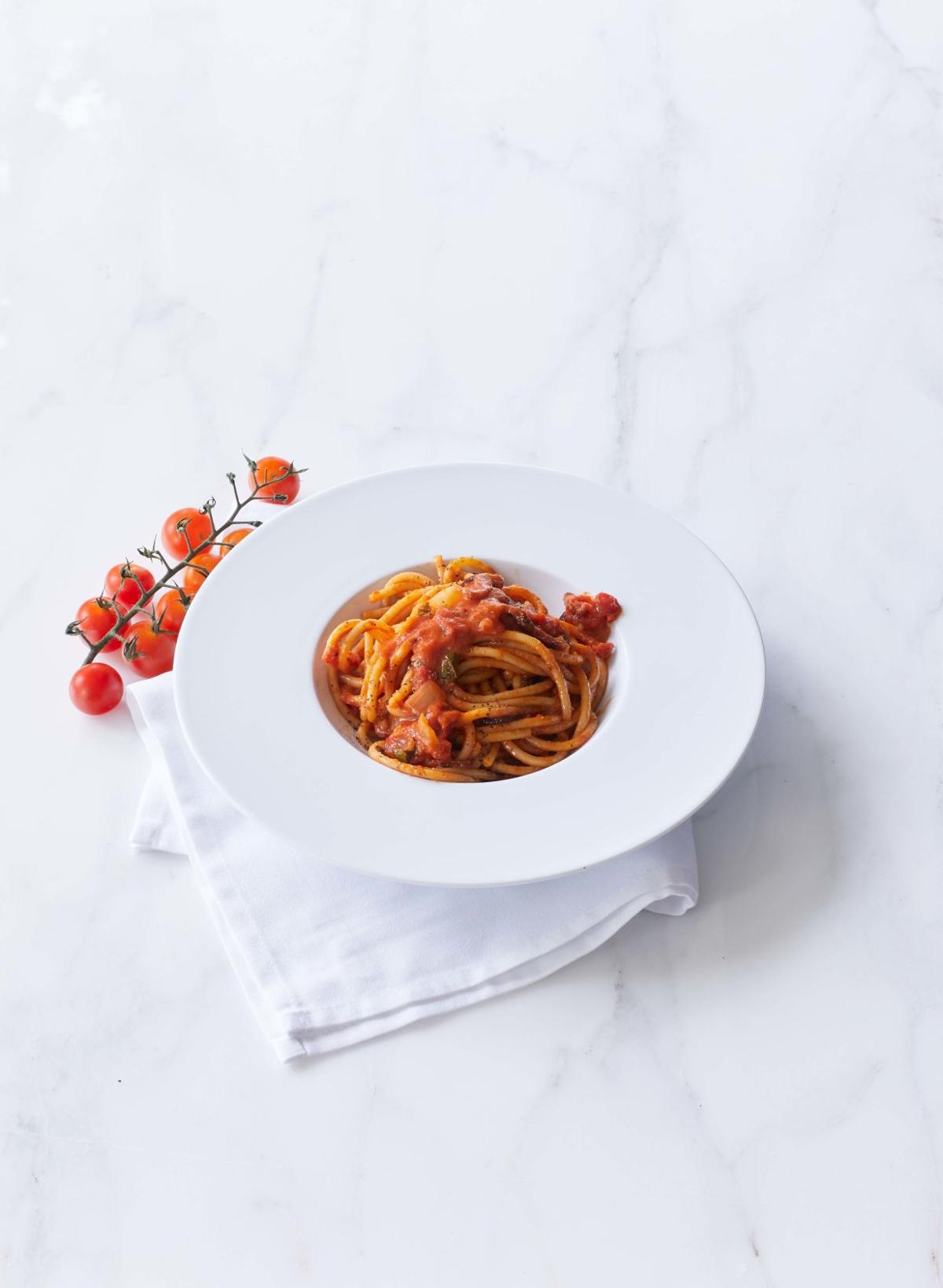 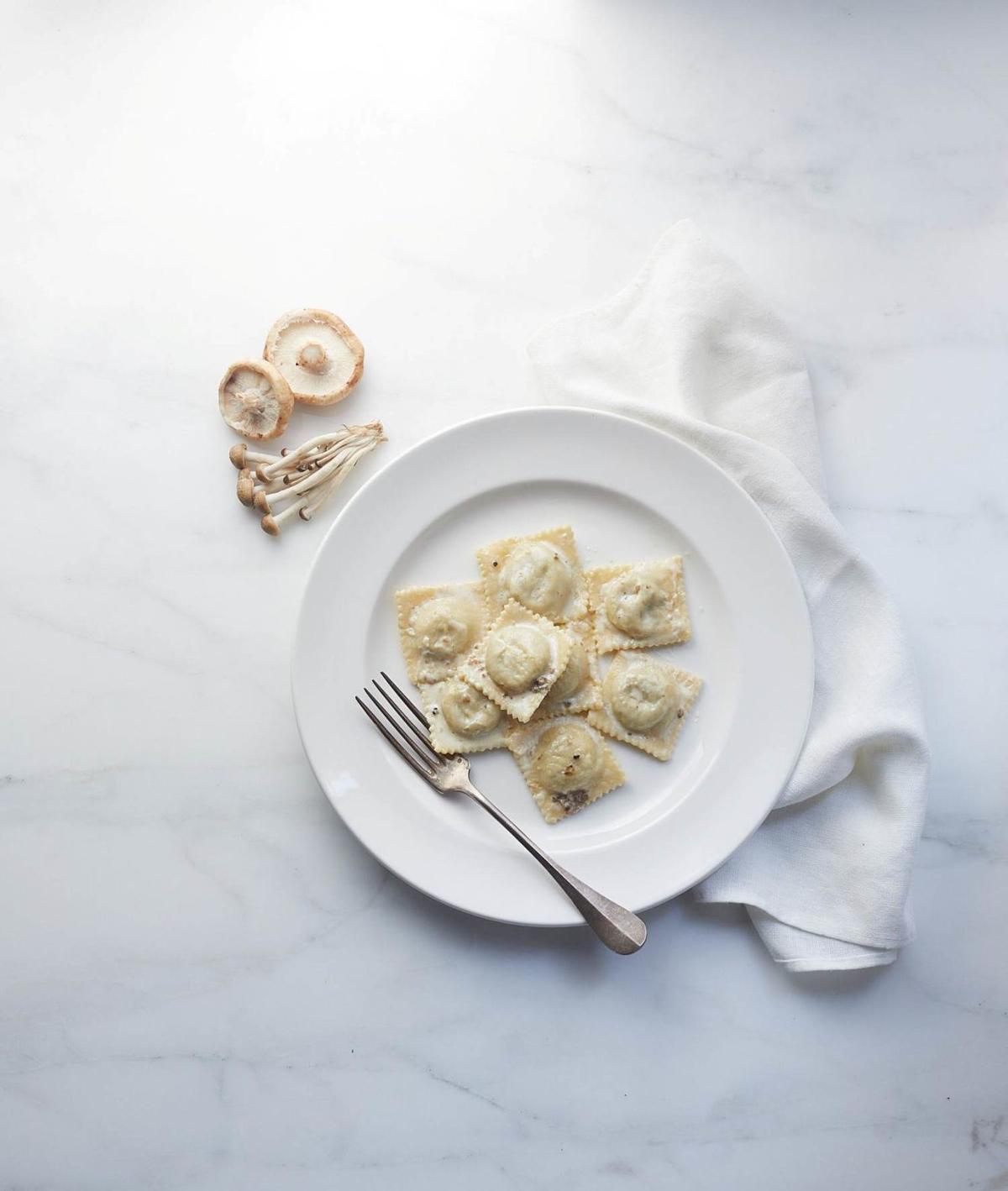 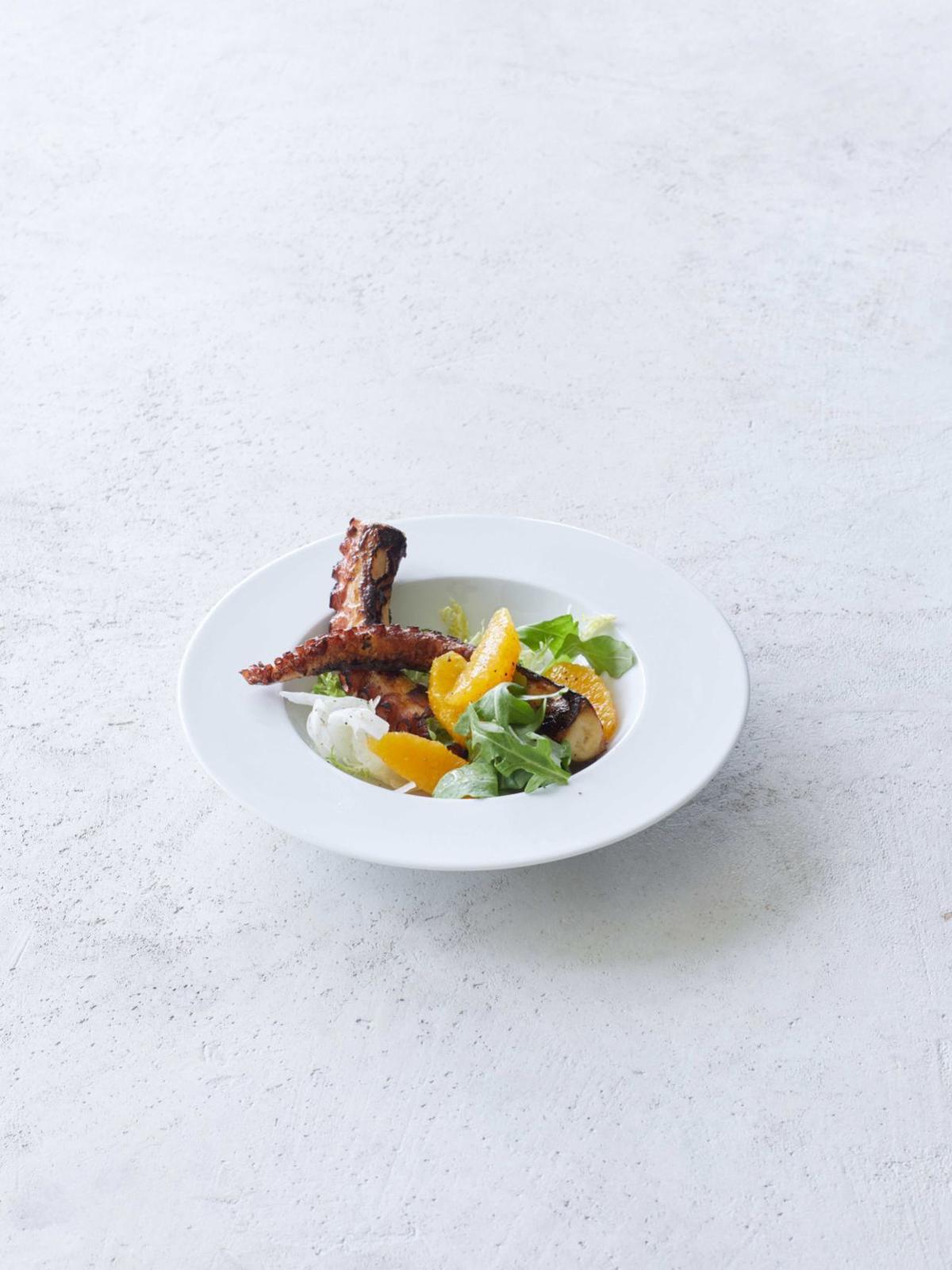 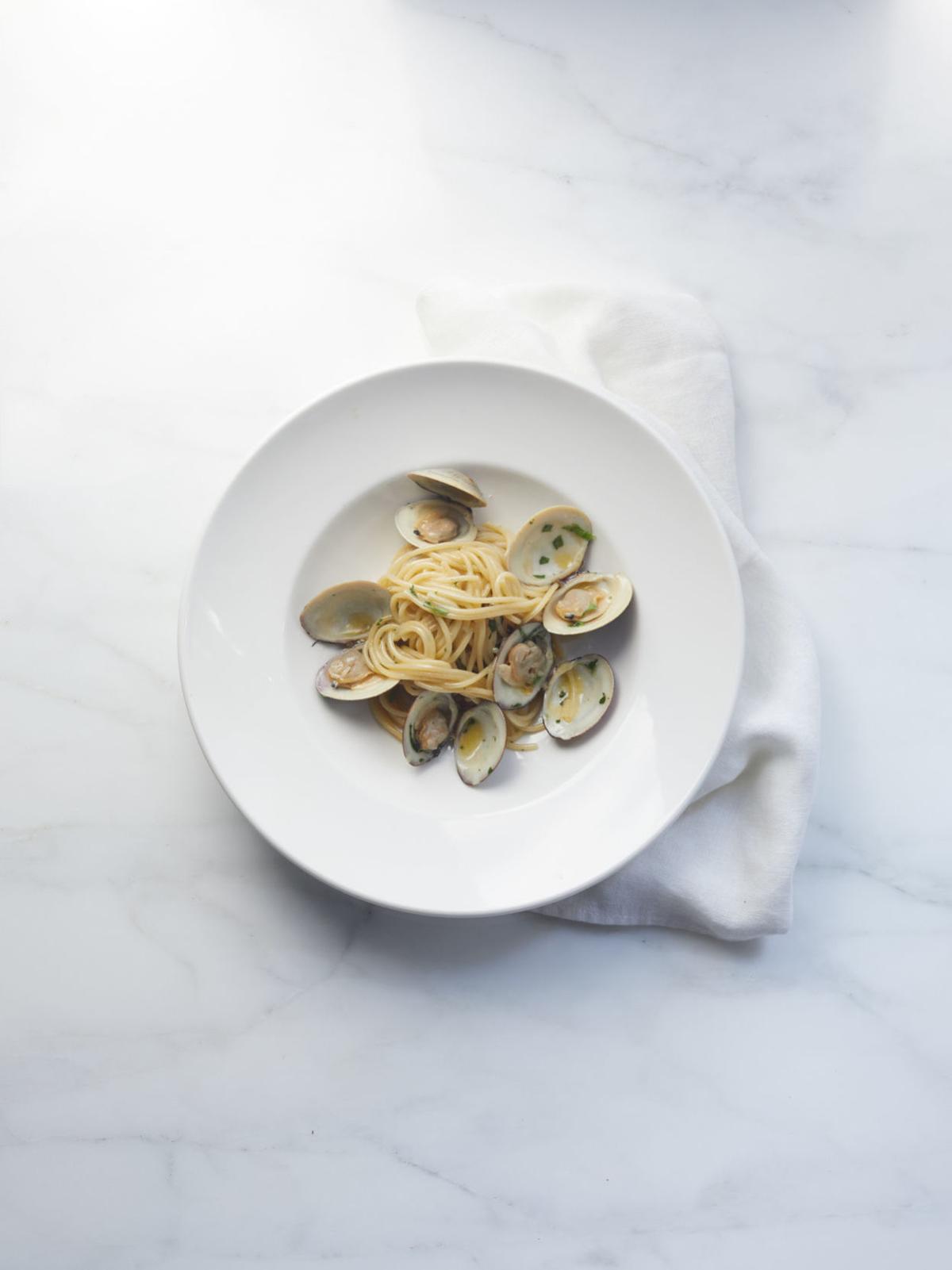 Il Mulino New York isn’t for everyone. It never was meant to be.

Ever since it opened its original location nearly 40 years ago in New York’s Greenwich Village, it was known for its extravagantly expensive, relatively exclusive reputation where everyone from Wall Street influencers to Manhattan’s elite — along with some wiseguys thrown in — would dine on amazing food influenced by the Abruzzo region of Italy.

And while the original family that started Il Mulino, which has now grown to nearly 20 restaurants under a bevy of different names, sold out to a more corporate dining entity, the philosophy of Il Mulino has not changed, especially at its location at Hard Rock Hotel & Casino Atlantic City.

Diners are still greeted with an amazing amount of complimentary antipasti, from deliciously fried zucchini with just a hint of spice to chunks of Grana Padano cheese aged for 18 to 24 months, crisp bruschetta that will have you reaching for the fresh-baked bread basket to make use of the leftover, heaping amounts of fresh tomato on your plate, to a flute of grappa at the end of the meal to help with digestion.

Things are heating up this week - check out Casino Scene

The prices remain eye popping: $36 for spaghetti and clams; $16 for sides like the stellar sautéed peas, pancetta and onions; $50 for veal parm; $65 for branzino … you get the idea.

But what really sets Il Mulino apart from all of the traditional red sauce Italian joints is the setting and service. With dim lights, crisp, white tablecloths and gorgeous hardwood floors, the pristine white walls and tall ceilings are barely illuminated by chandeliers and faux candles as tuxedo-clad servers pay attention to every need.

It’s the kind of place where you will never ask for silverware, where they pick up your napkin from the floor before you can get to it and the wine keeps coming without pause. Il Mulino, hands down, offers the finest service of any restaurant in Atlantic City. And that’s certainly worth a price.

All of those factors led to Il Mulino New York at the Hard Rock being named the Best Casino Restaurant in the U.S. by a USA Today poll, a lofty award considering the four-star casino restaurants and celebrity chefs around the country, particularly Las Vegas.

“It’s the impeccable service, the ambiance, the overall experience, and of course the food, that helped us win that award,” says GM Bruce Schilder, who has helmed the restaurant seven of the 12 years it has been in Atlantic City. “I always thought we had a chance, but when you are competing against the caliber of restaurants on that list, you never know. Fifteen of the 20 nominated restaurants were from Vegas, so I was just honored to be nominated. But when we won, I knew we deserved it.”

But no restaurant can stand on service alone, and Il Mulino’s food always delivers.

On our visit, we started with two of the specials: two giant, gorgeous langistonos ($33), lobster-like creatures with even sweeter meat cut in half and sautéed in a perfectly simple white wine and garlic sauce accompanied with an equally perfectly cooked mushroom and pea risotto; and fresh, creamy burrata over watermelon topped with balsamic drizzle. We also had the clams oreganata ($21), a half dozen littleneck clams baked with breadcrumbs, lemon and garlic that didn’t live up to the other two apps.

Our professional server wanted us to try his favorite antipasti: grilled octopus ($28) with Campari tomatoes, black olives and potatoes that was simply the best octopus we ever had thanks to its tenderness and flavor. Our dining partner said he doesn’t order octopus here since visiting Italy, but he would order this every time.

We can attest the $50 porcini mushroom ravioli with champagne truffle cream sauce is to die for but we wanted to try new things. The cavatelli ($32) with sausage and broccoli rabe was peasant food raised up a notch; the chicken parm ($45) looked like a pepperoni pizza when it came to the table, but was as good a chicken parm as you will find; the veal saltimbocca ($39.50) featured pounded veal medallions with sage and prosciutto but just didn’t wow us for the price; but another special, veal chop Valdistano ($65) pounded thin and stuffed with prosciutto and mozzarella in a demiglaze was as good as anything we’ve eaten all year.

We would love to get back to check out the spaghetti carbonara ($33) with pancetta, onion and parmesan; homemade gnocchi ($29.50) with sage butter; pollo in crosta ($41), parmesan-crusted chicken with lemon and white wine; and the shrimp fra diavolo ($51) with clams in a spicy marinara sauce.

“It is a recipe-driven menu to ensure that you have the same item, same preparation and same ingredients at any Il Mulino in the country,” Schilder says. “Chicken parm is on our menu but it’s the way we pound the chicken breast and serve it that makes it different from everyone else. When our captains are reciting the menu, they explain all of the ingredients. They don’t just say it’s a red sauce or brown sauce, you know what is specifically in them. And we try to serve good-sized portions for the prices people are paying.”

Desserts are plentiful and dynamic, including the service-oriented rolling cart with tableside flambe items, and a true-blue ricotta cheesecake ($14) with homemade whipped cream worth the trip alone.

If you decide to dine at Il Mulino New York, you might become part of the family.

“We know Il Mulino New York may not be for everyone, Schilder says of the prices. “But that’s why we have the trattoria for a more casual experience (see sidebar). We cater to every taste and clientele that comes to Hard Rock. We have so many regulars, it’s like a club. Our front of the house staff knows about 75 percent of the people who walk through the door by name. The others may be coming in because they know our reputation from our other locations. They know the kind of meal they are going to get. I have been doing this for 45 years – including running the Ram’s Head Inn for all of those years, and I just love it. I know fine dining, I love to entertain and I am very happy to represent the No. 1 Italian brand in the country.”

If you’re looking for something a little more casual and less expensive, Trattoria Il Mulino is located right next door to Il Mulino New York in the Hard Rock.

Brighter and more casual chic, the trattoria has a menu that shares some of the items from Il Mulino New York — without the prices — as well as some unique items.

Dinner and pasta choices include cavatelli Bolognese ($32), four-cheese ravioli ($32) in aurora sauce, chicken parm for $36, chicken Contadina ($36) with sausage and red peppers and a 16-ounce ribeye for $41.

Between you and me: There is a way to dine at Il Mulino and not totally break the bank. For two people, keep the bar tab low, get one app, one pasta dish and share an entrée. That will be plenty of food for two people with all of the complimentary antipasti offered.