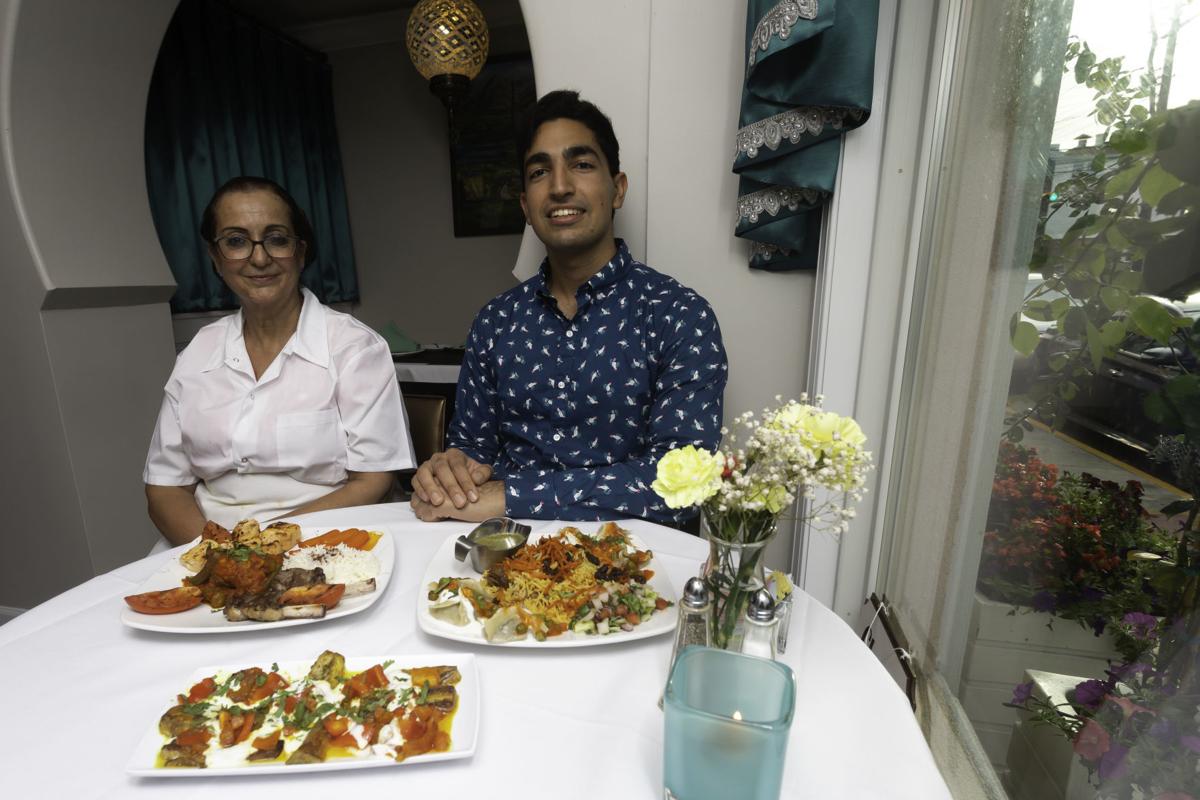 Homa Bazyar and Abdullah Panah have come together to bring Atlantic City its first Afghan-French restaurant. 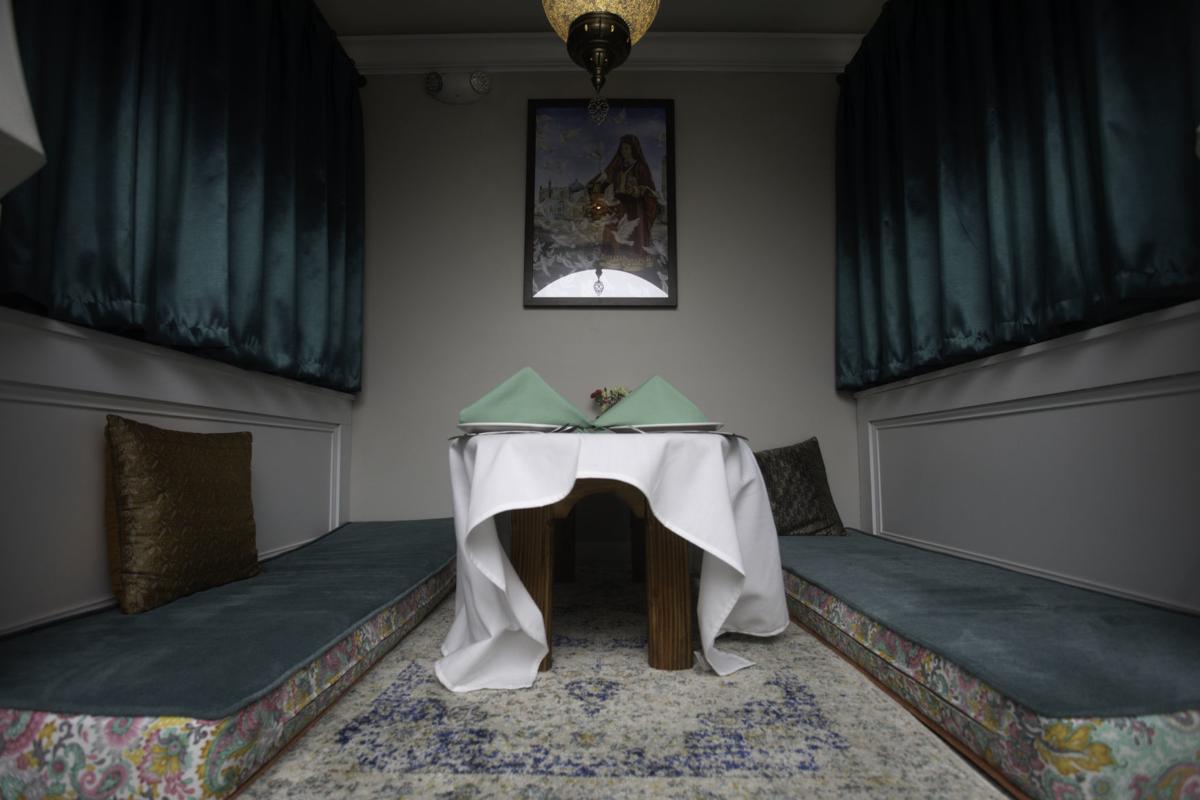 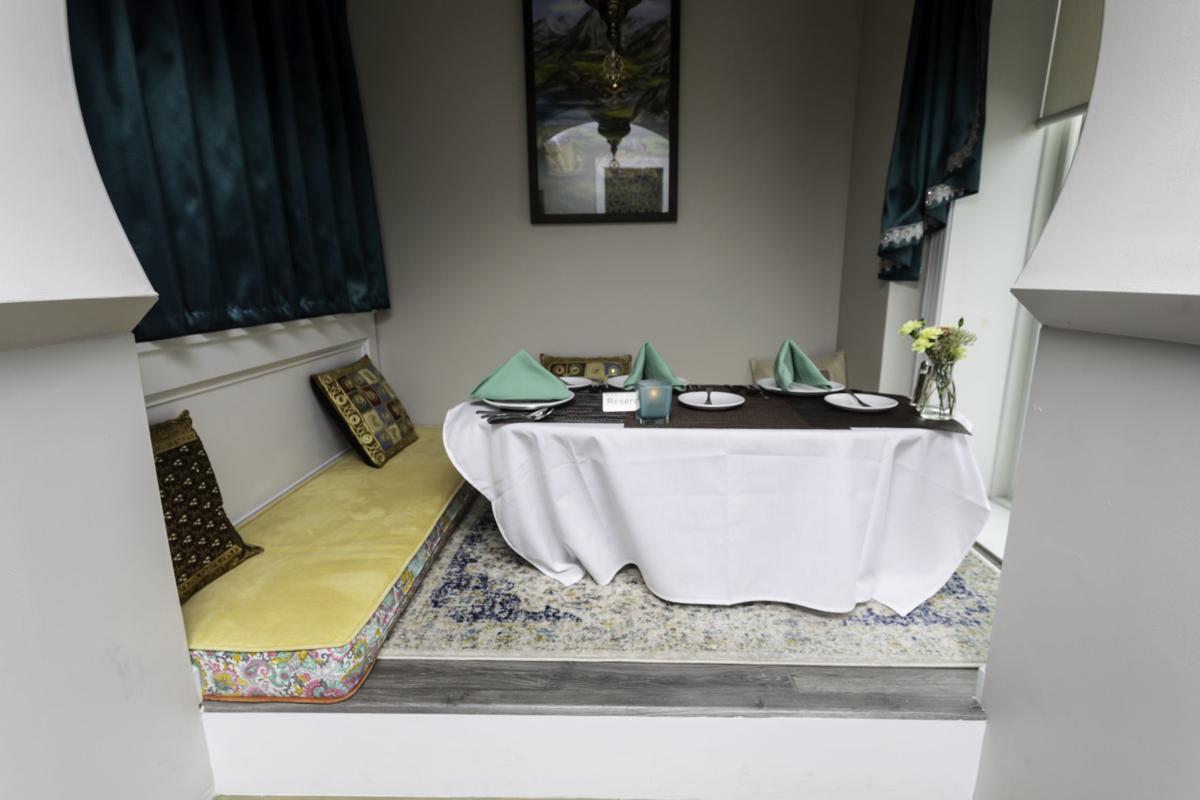 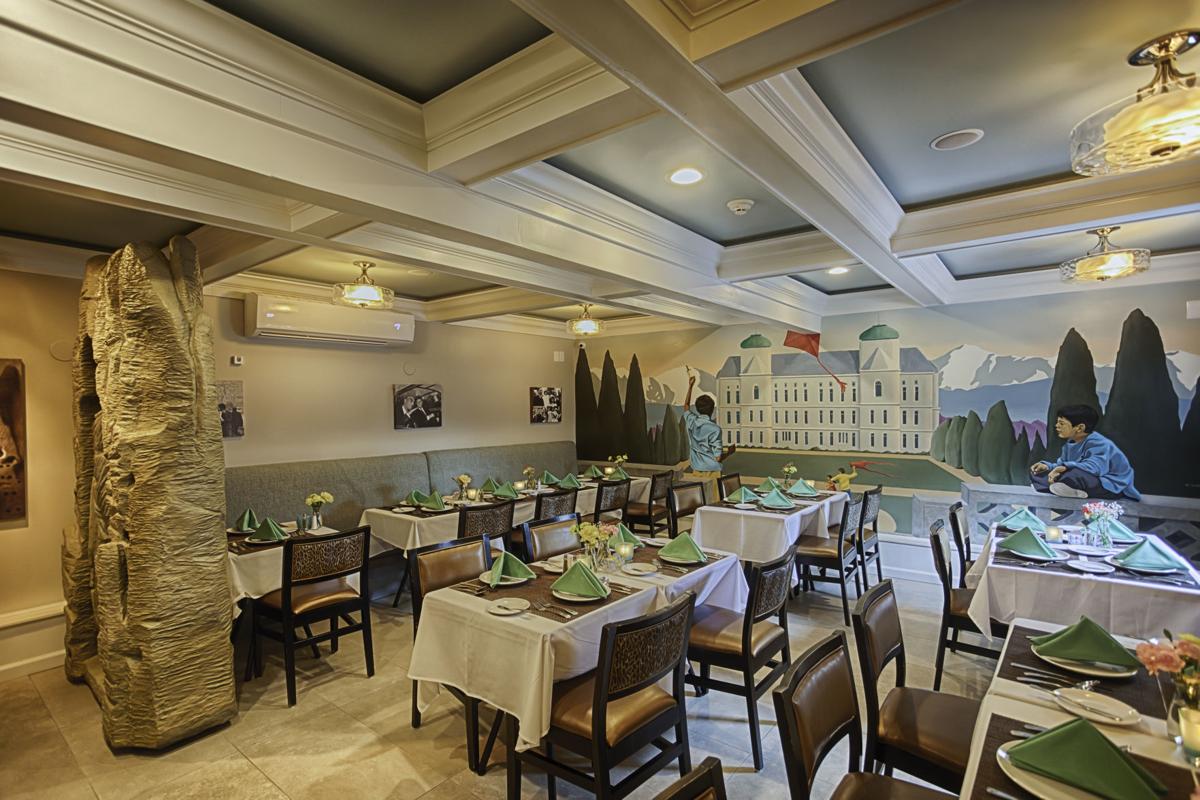 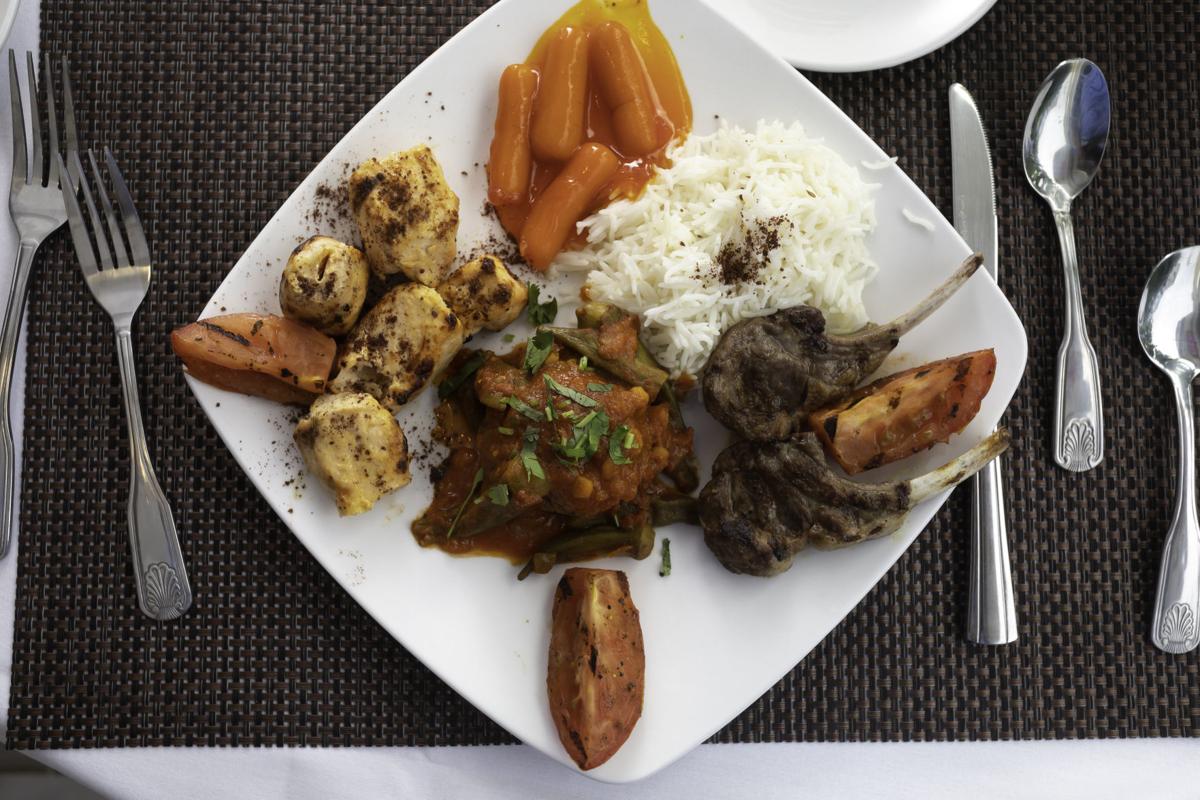 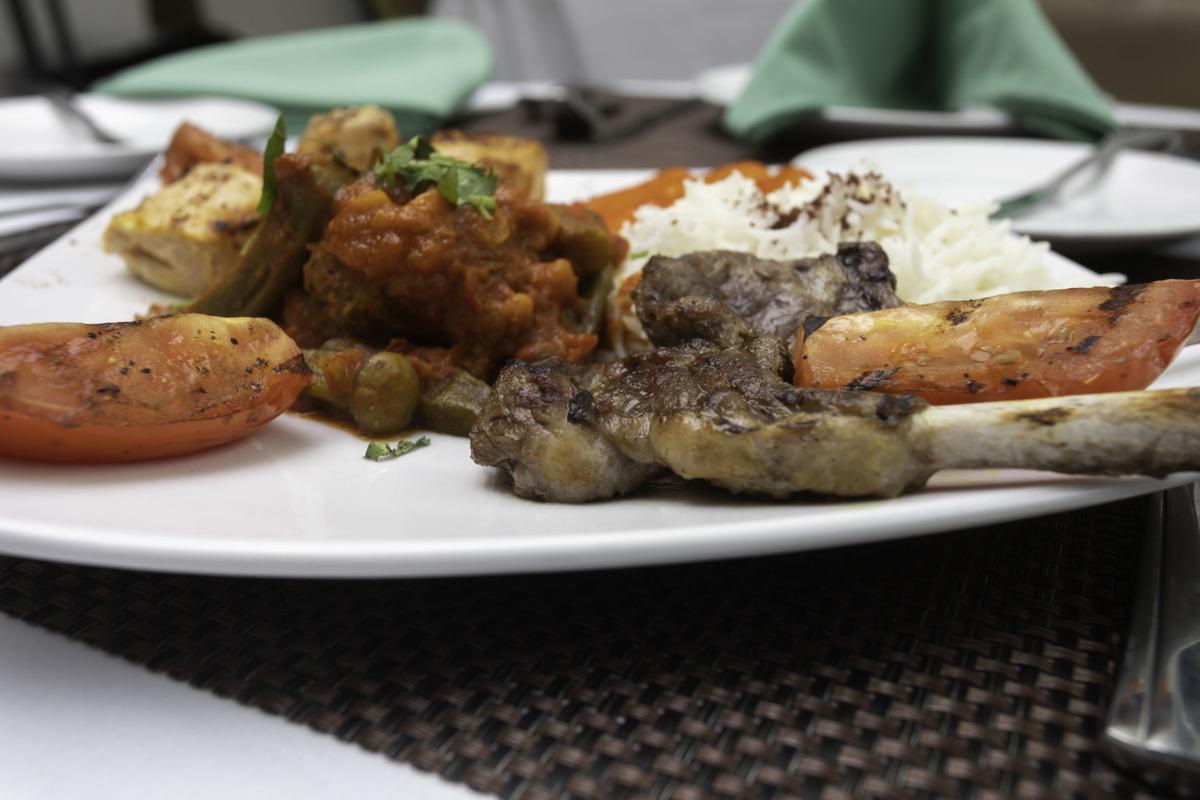 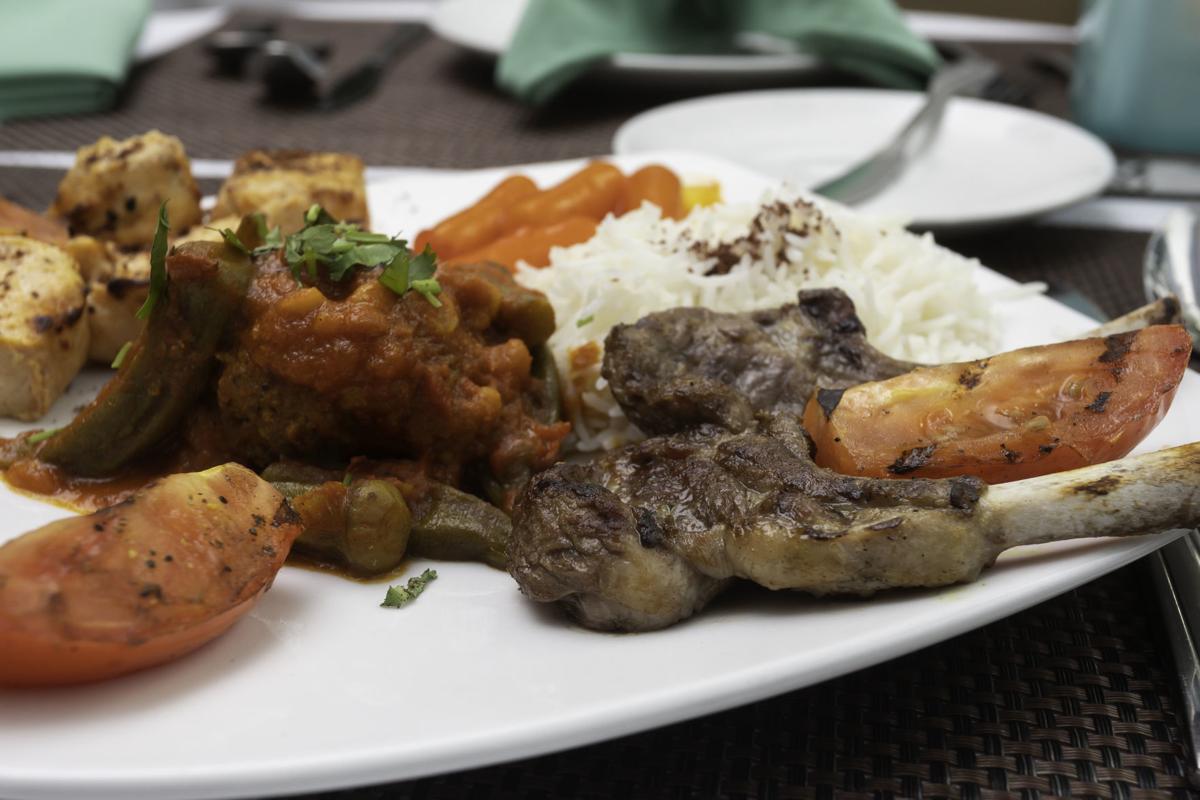 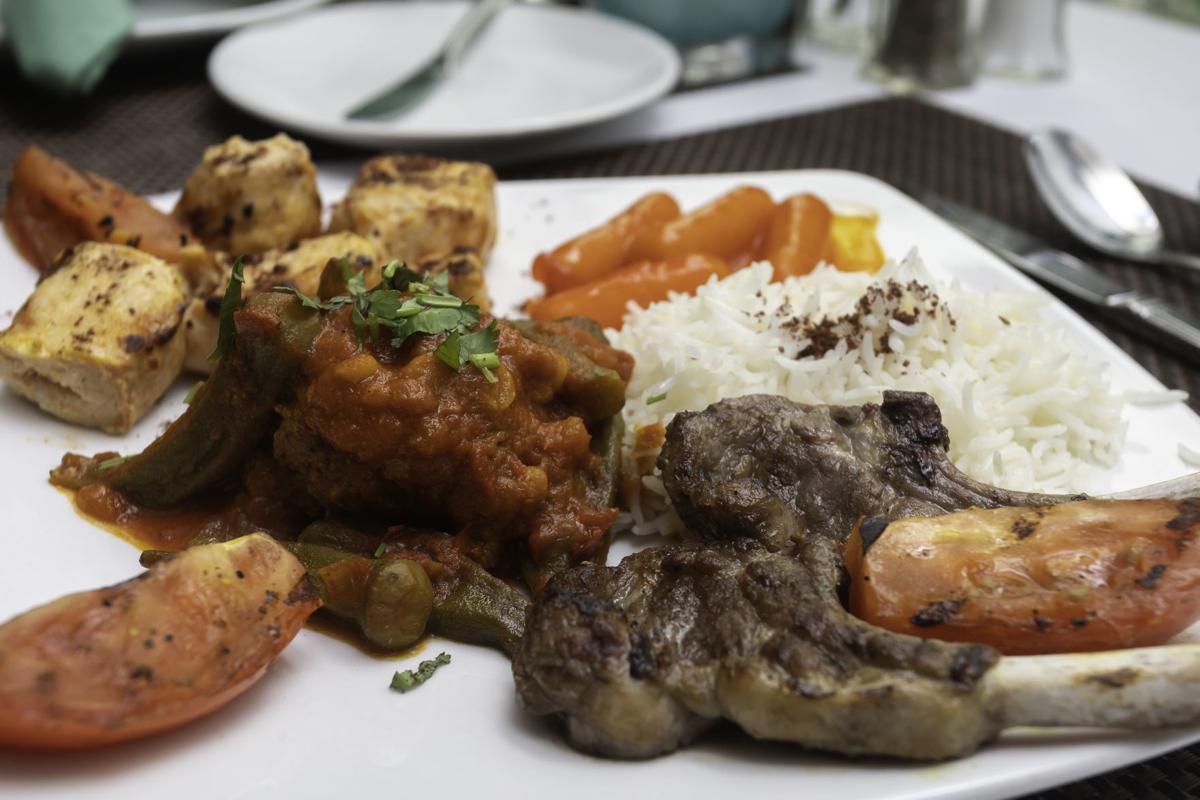 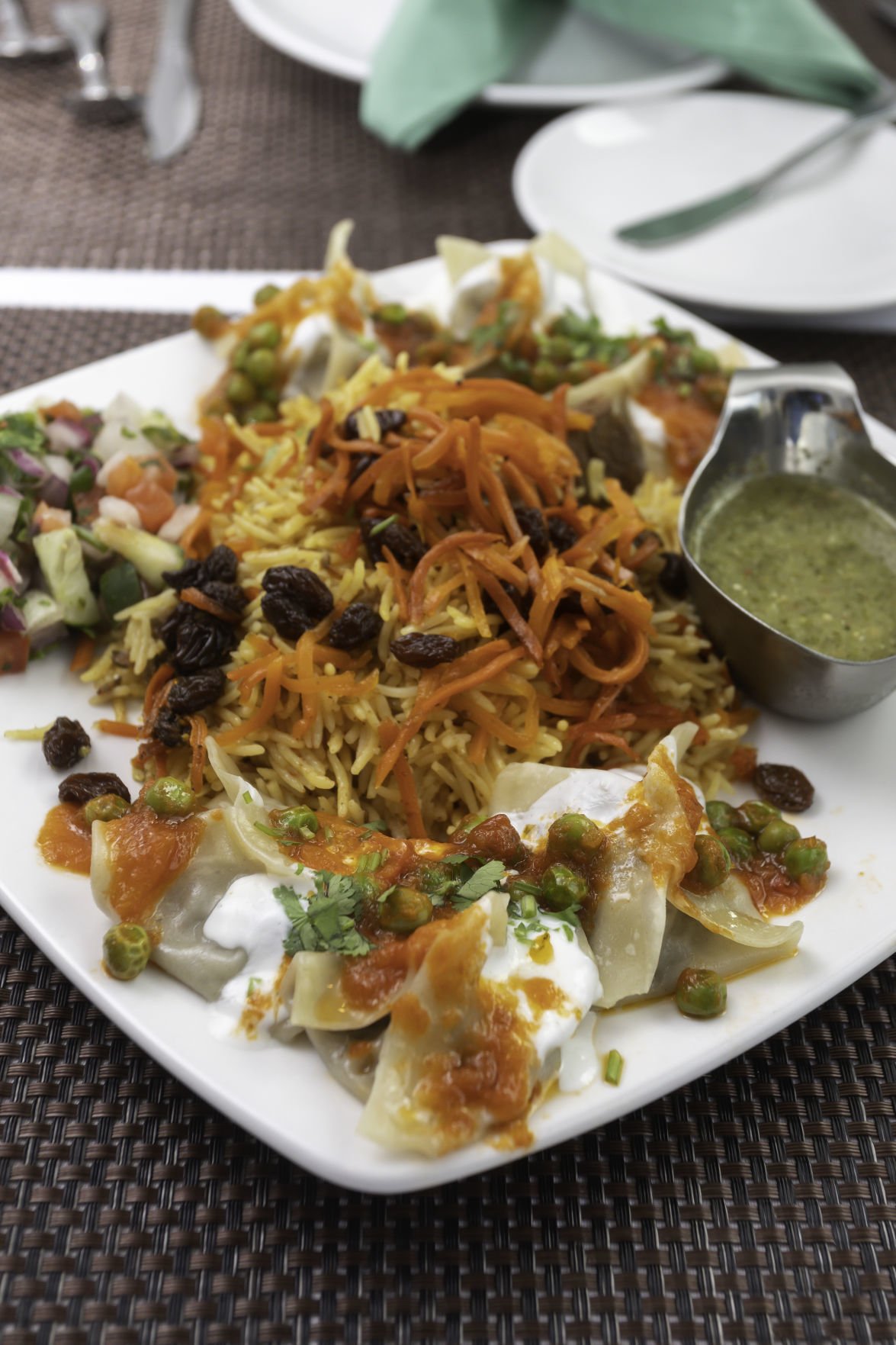 Dishes such as Uzbeki Paulu and kabobs offer exotic flavors to those willing to try them. 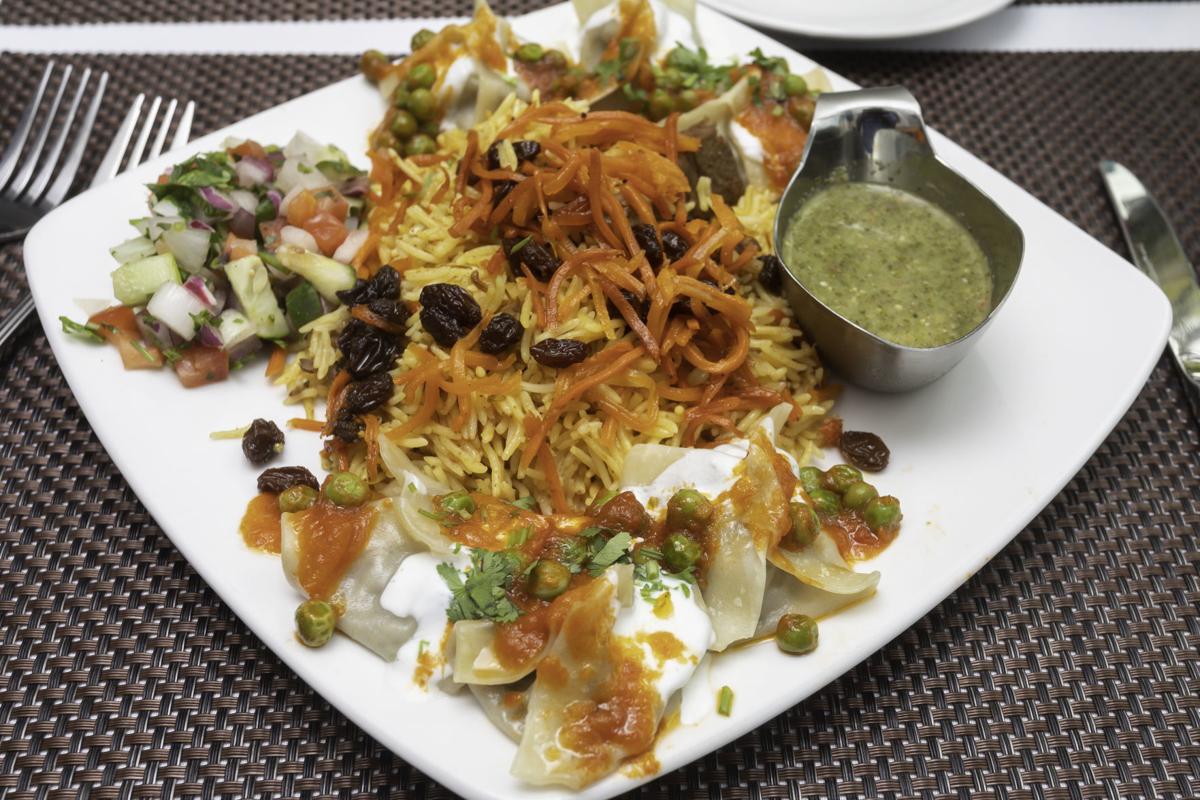 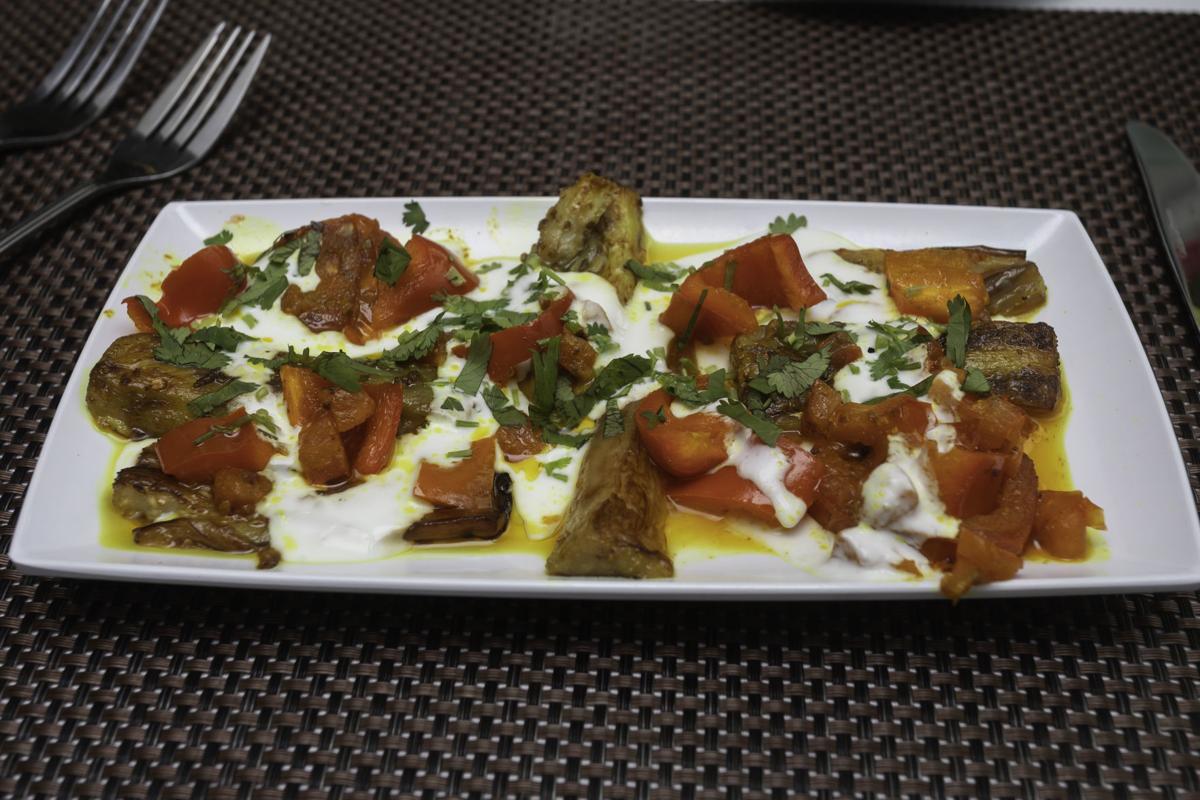 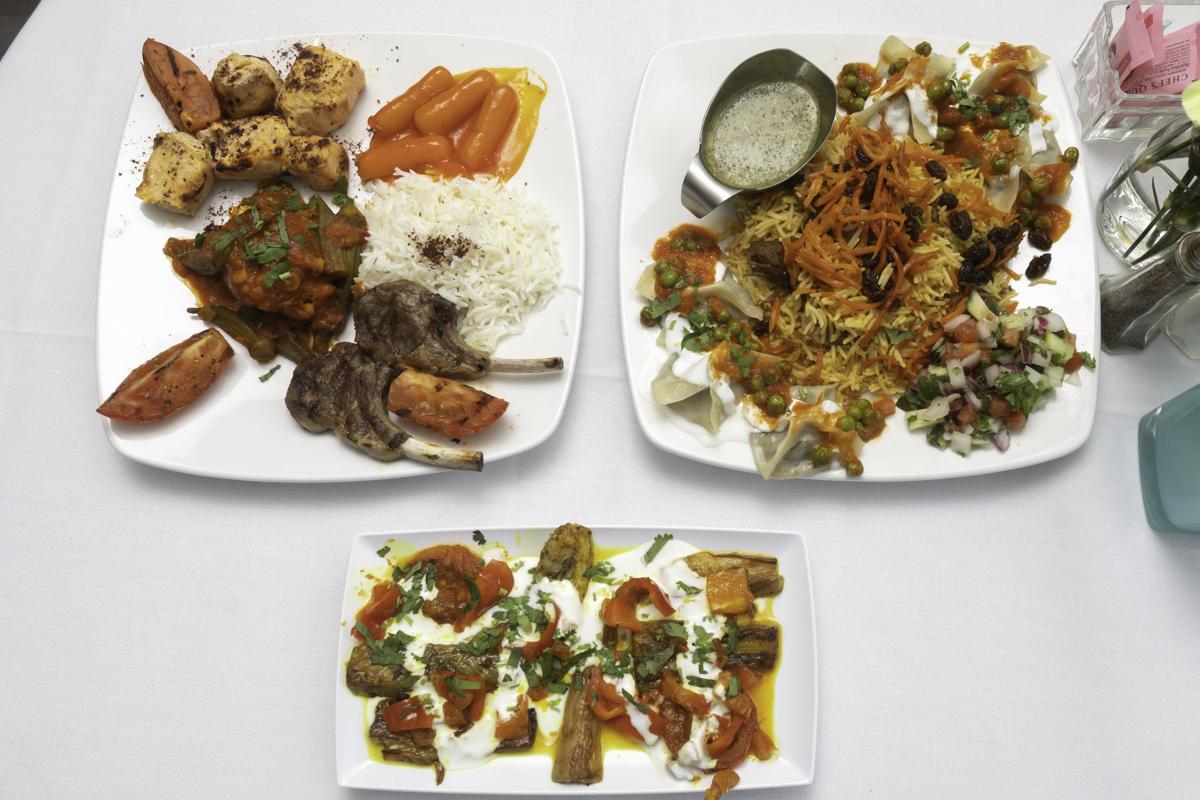 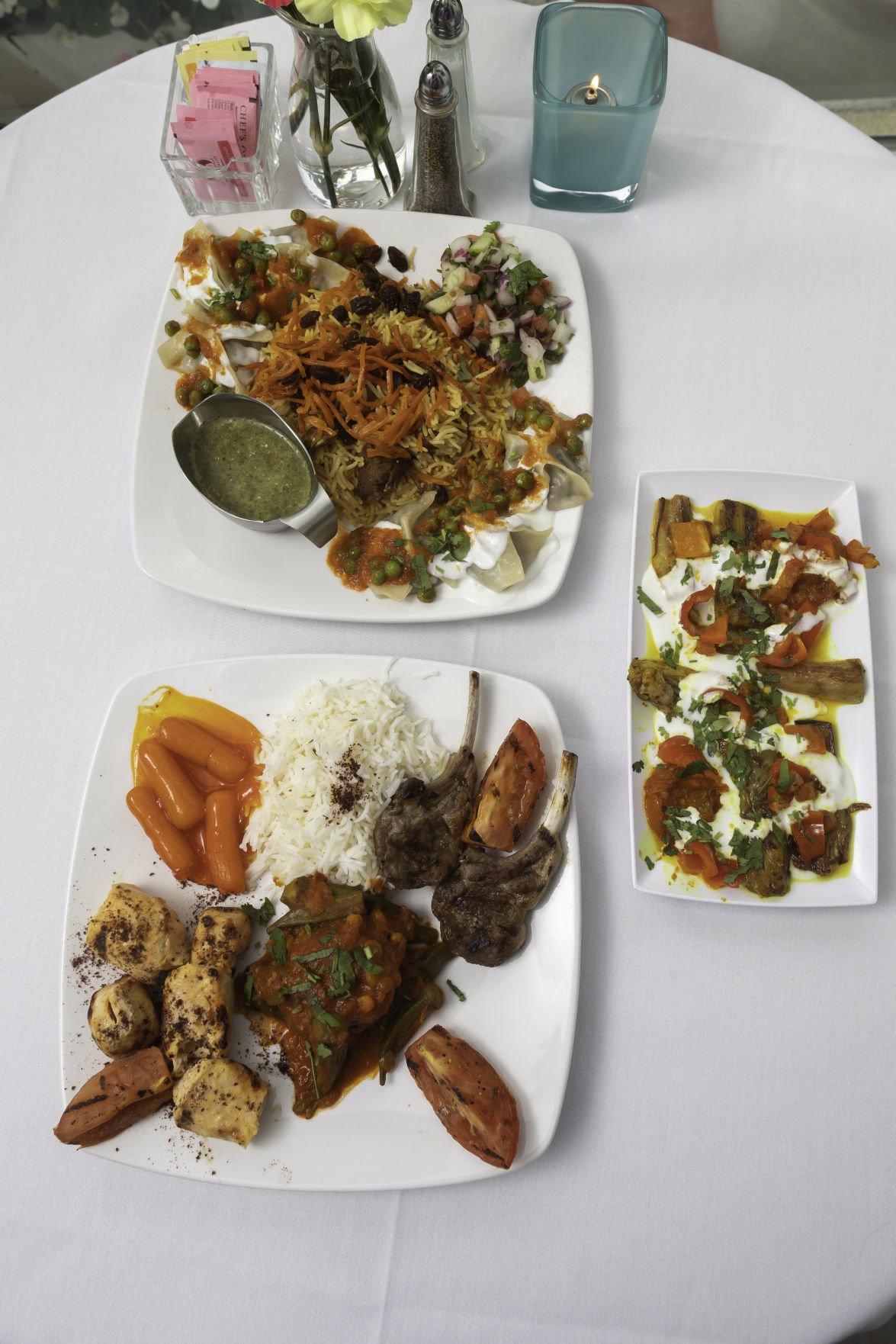 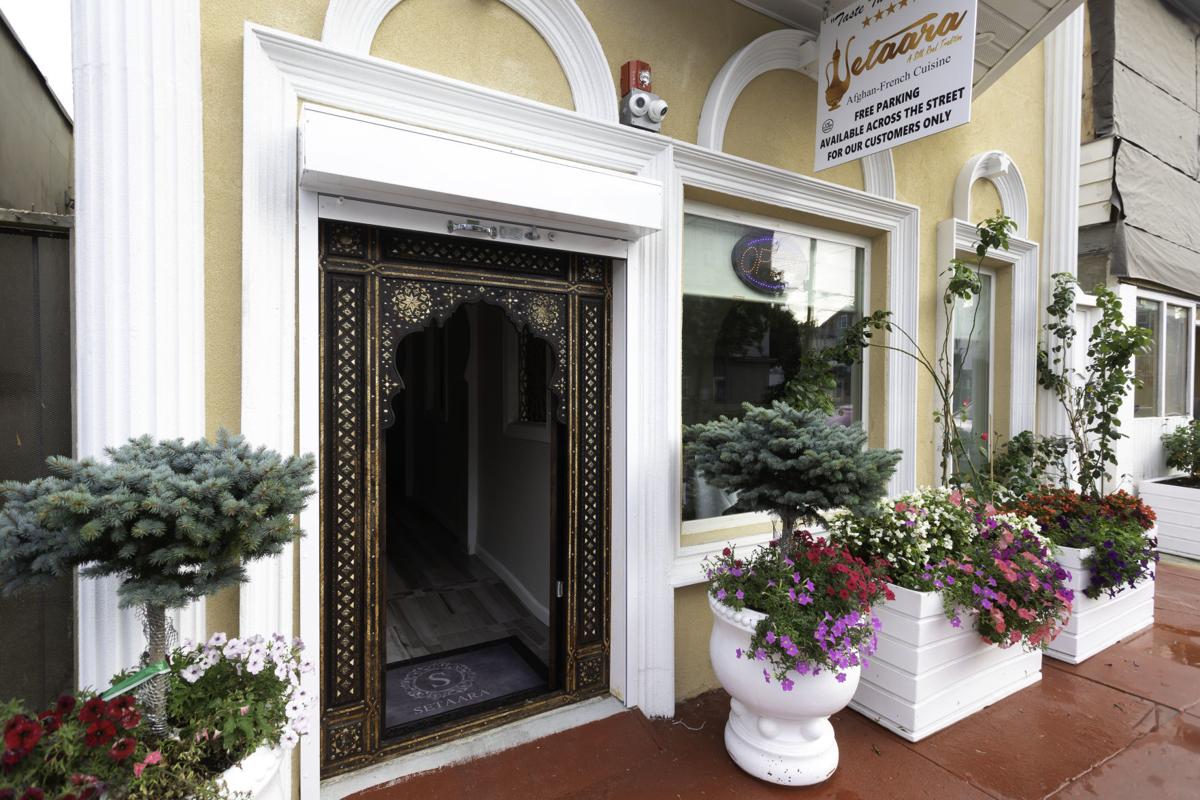 Homa Bazyar and Abdullah Panah have come together to bring Atlantic City its first Afghan-French restaurant.

Dishes such as Uzbeki Paulu and kabobs offer exotic flavors to those willing to try them.

A step inside of Setaara Restaurant in Atlantic City, is a step into another world. With byzantine alcoves, oriental arches and the soft scent of exotic spices, Setaara is unlike any other restaurant in South Jersey. As an Afghan-French restaurant it offers exotic, yet inviting fine dining with a side of worldly adventure.

“This is something new. I’ve made a point of visiting every Afghan restaurant I can around the country and we knew we wanted to create something different,” says Abdullah Panah, co-owner along with his aunt and chef, Homa Bazyar. Together, Panah and Bazyar opened the area’s first Afghan-French fusion restaurant.

Pulling on their shared talents, Panah and Bazyar created something truly unique. Bazyar was the chef and owner of a successful French restaurant, Café Monet, in Denver, Colorado for nearly 30 years. “Afghan people have always loved everything French, so my aunt had a true passion for French cuisine, but she is also an excellent Afghan cook,” Panah explains. Though it was hard for Bazyar to leave her restaurant, she wanted to be closer to family.

While Panah is currently a third-year med student at Rowen, he has always had an interest in hospitality. When his aunt made the move from the mountains to the shore, the duo seized on the opportunity to introduce A.C. to the Silk Road tradition.

A story for your soul…

From the tile to the art, Setaara’s theme is rooted in 1960’s Afghanistan. Mosaic tile, ’60s era photographs, art, sculptures and murals carry you to a version of Afghanistan that may be hard to imagine in today’s world. “We chose this theme because Afghanistan was a very progressive country before the revolution, they even passed women’s suffrage a year before the United States did,” Panah says.

Every piece of art in the restaurant conveys a deeper message, such as the painting of a family wearing western fashion, picnicking in the mountains of Afghanistan with their yellow Volkswagen Beetle. “I had this painting made from a family picture of my mom. That was their car,” Panah says. The back wall of the restaurant is a large wall mural based on The Kite Runner, of two boys in front of the Darul Aman Palace before war ravaged the beautiful setting. The mural was created by local artists, Christian Correa and Leah Morgan. When you walk into the main dining room, guests are greeted by a sizeable sculpture of the Buddhas of Bamyan, created by artist Edwin Rivera. “I love this sculpture because I feel like having a Buddha up is like cursing at the extremists,” Panah says. The nearly six-foot sculpture is an ode to the Buddhas of Bamyan, a 5th-century stone Buddha that had been carved into a cliff in Afghanistan and was destroyed by the Taliban in 2001.

A story for your palate…

While the ambiance paints a thought-provoking picture, the food adds the color to create a cultural masterpiece. “Afghan food serves as a testament to Afghanistan being at the center of many passing empires from the Greeks to the Mongols,” Panah says. Dishes such as the chicken kabob ($17.99) and Setaara Kabob ($29.99) convey a Mediterranean familiarity through the subtle veil of exotic flavors. Then there’s the Mantu ($18.99), a steamed, hand-formed dumpling filled with sautéed onions and ground beef that feels like a fusion of Asian and European flavors spawned from Silk Road adventures.

Although there are subtle odes to more familiar flavors, “Afghan food is kind of in its own category,” Panah says. It’s different and exciting, but don’t be afraid of a little gastronomic adventure. “Those that don’t like spicy food will be pleasantly surprised, as everything is extremely savory, yet subtly seasoned,” Panah says.

Another popular Afghan dish is the Palau, a traditional rice dish. “I’m a huge fan of Palau, however it’s so hard to find a really good Palau. In other restaurants that I’ve tried, the Palau taste like it came out of a box, so here we make ours from scratch in the traditional method,” Panah says. Try the Quabali Palau ($21.99) beef slowly cooked and baked with house-spiced Afghan rice, topped with raisins and sweet carrots. Or the Uzbeki Palau ($22.99) Afghan rice with lamb shank, cooked with onions and topped with shredded carrots and raisins.

If you’d prefer, you can always opt for a French dish such as beef Bourguignon ($26.99), sautéed beef tenderloin with fresh mushrooms, tomatoes and burgundy wine, or Escargot a la Bourguignon ($9.99), snails in a garlic herb butter se rved with croutons. The non-Afghan options tend to meander in unexpected directions, with options such as shrimp scampi and even a Cajun filet of fish showing up on the menu.

WHEN: Open Fridays and Saturdays from 4 to 10 p.m. and Mondays through Thursdays from 5 to 10 p.m. Closed on Sundays.

BETWEEN YOU AND ME: Call ahead and reserve a floor table alcove for a unique and intimate experience.

MORE INFO: Accepts all major credit cards, disabled accessible, BYOB, family-friendly. Available for take-out and private events that can accommodate 30 to 40. The restaurant capacity is 58, but there are already plans to expand.