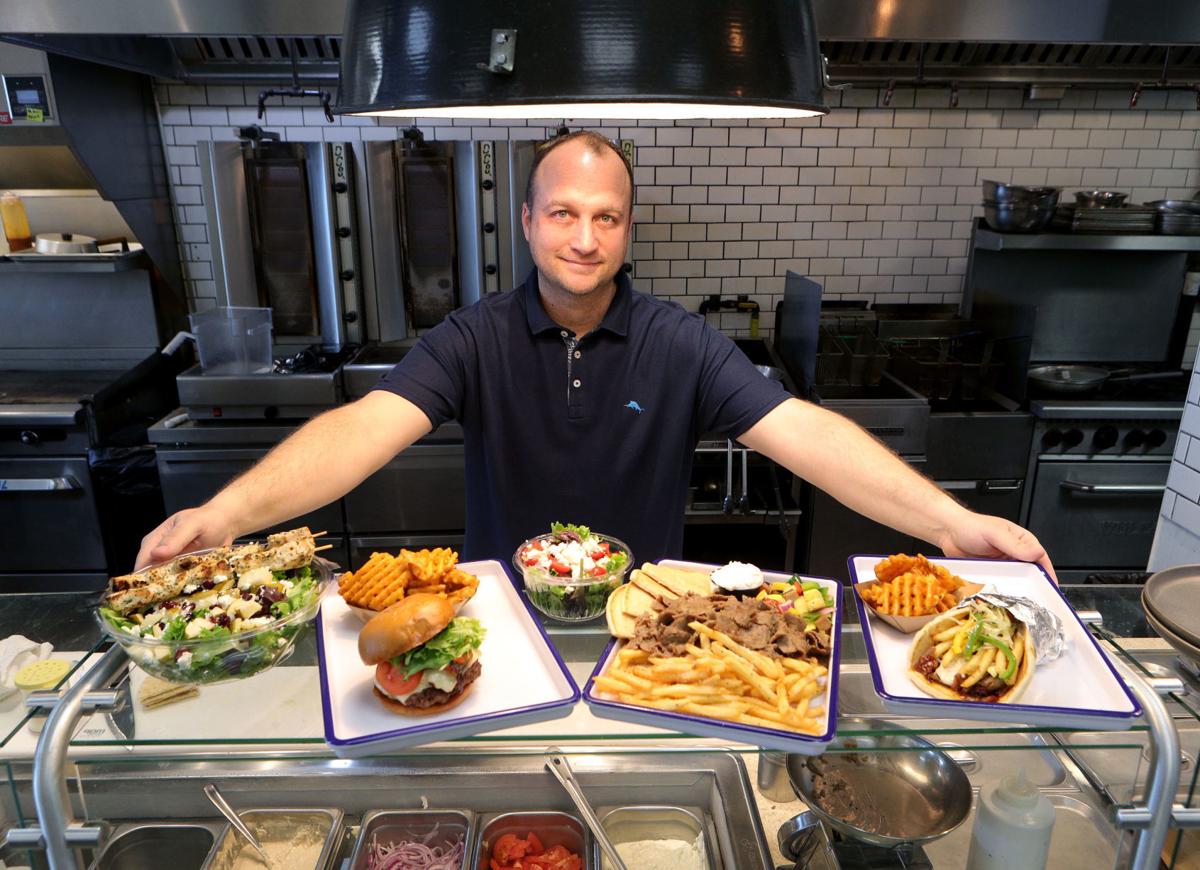 Nick Ballias, owner of The OG Original Greek in Somers Point, refined the menu to cater to what his customers want: quality food at afforadable prices. 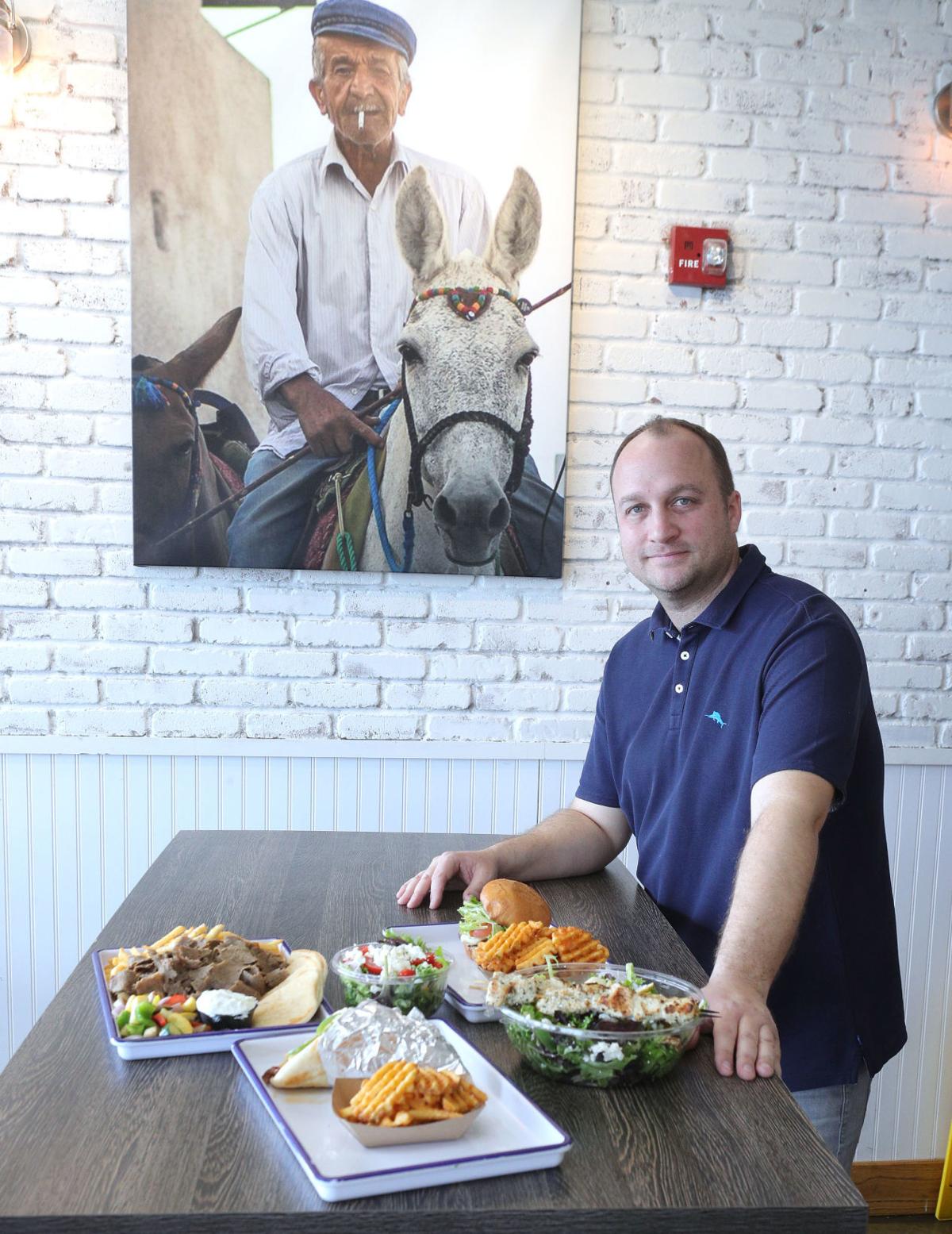 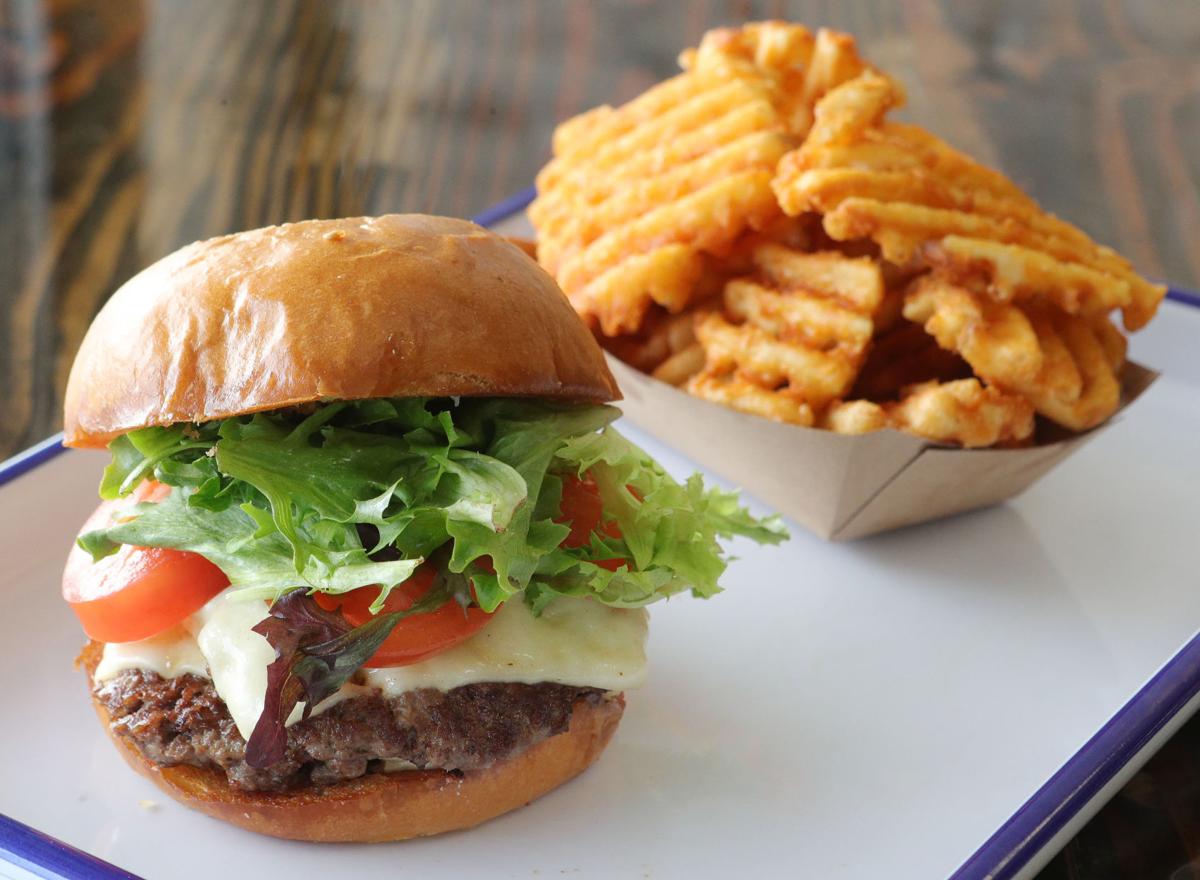 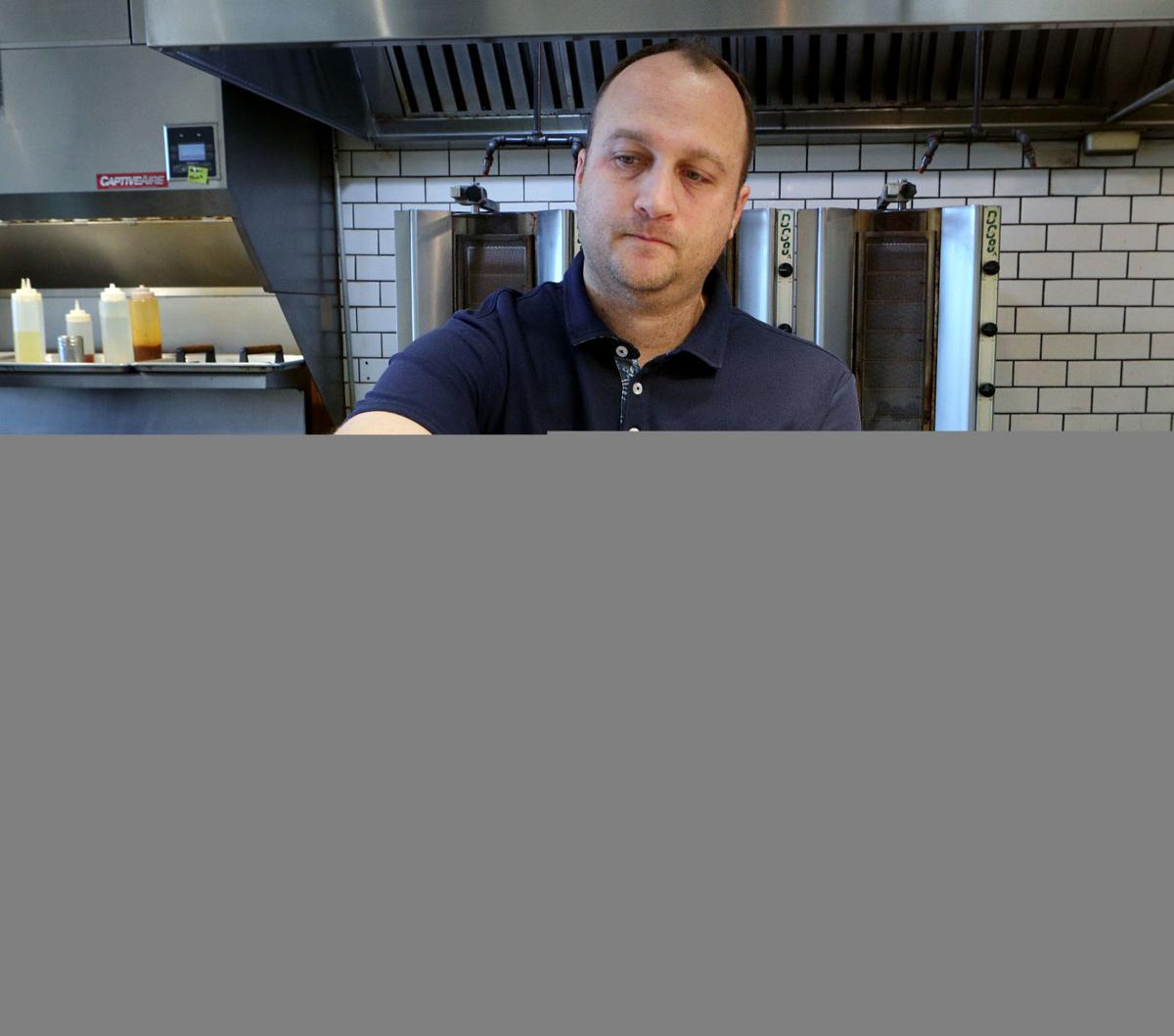 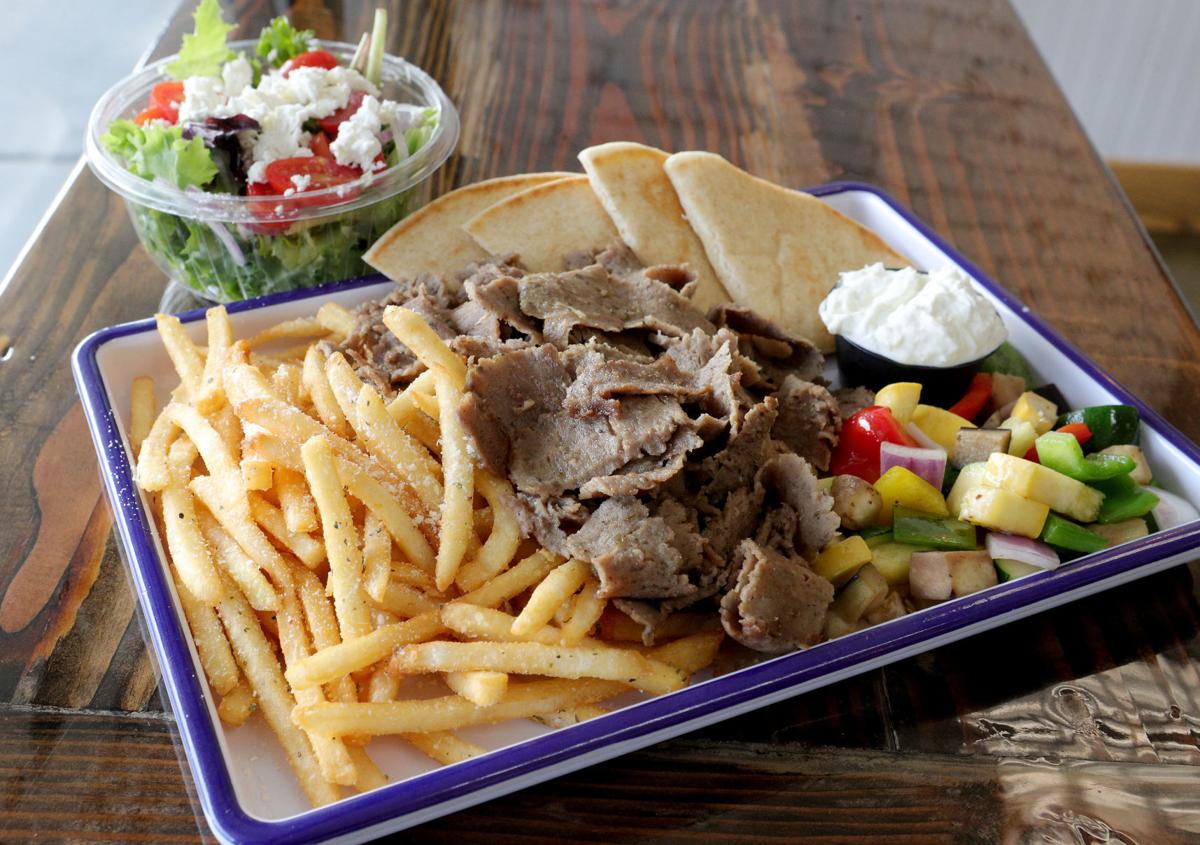 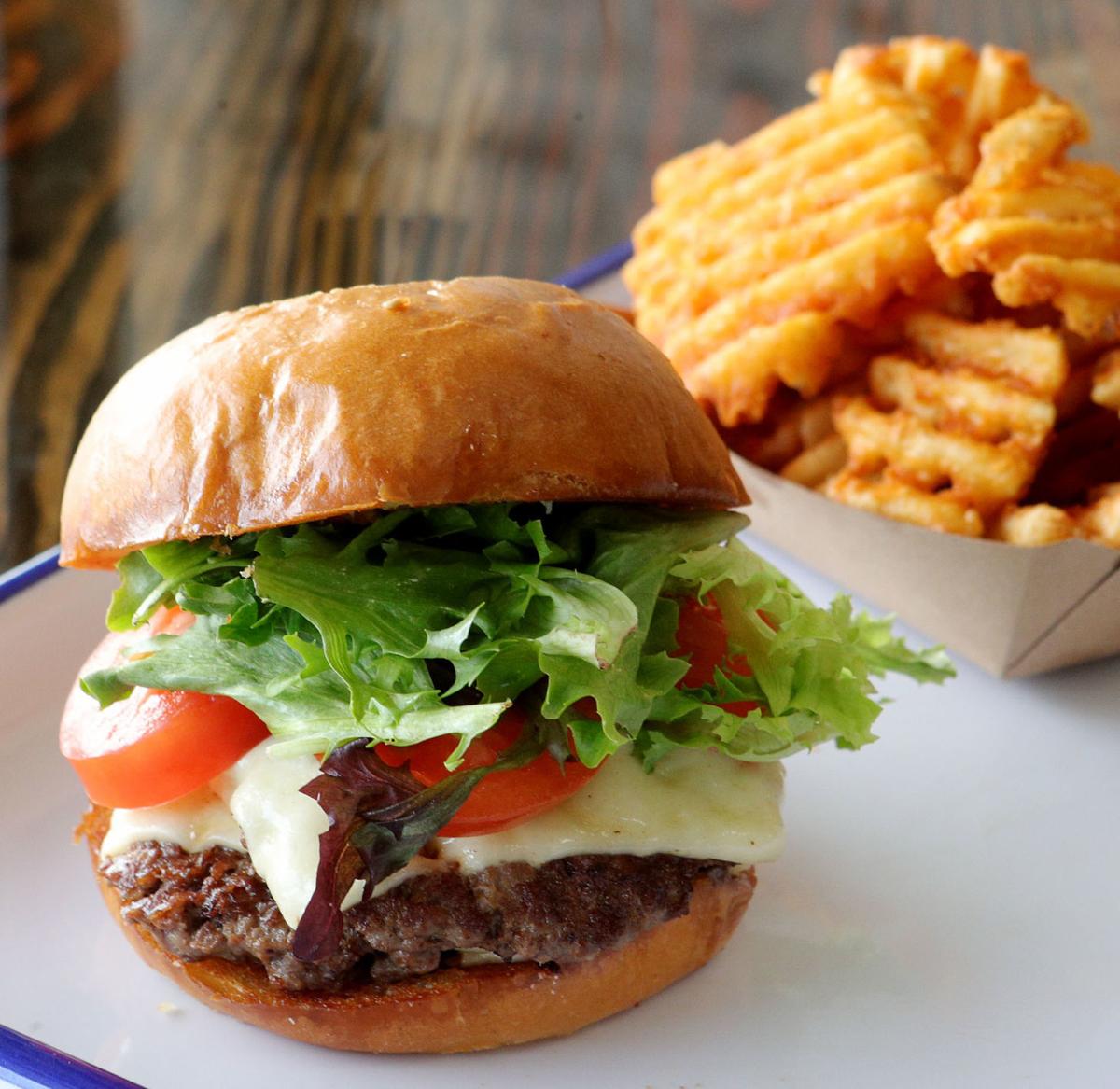 Whether it’s a salad or a cheeseburger you crave, The OG has it all. 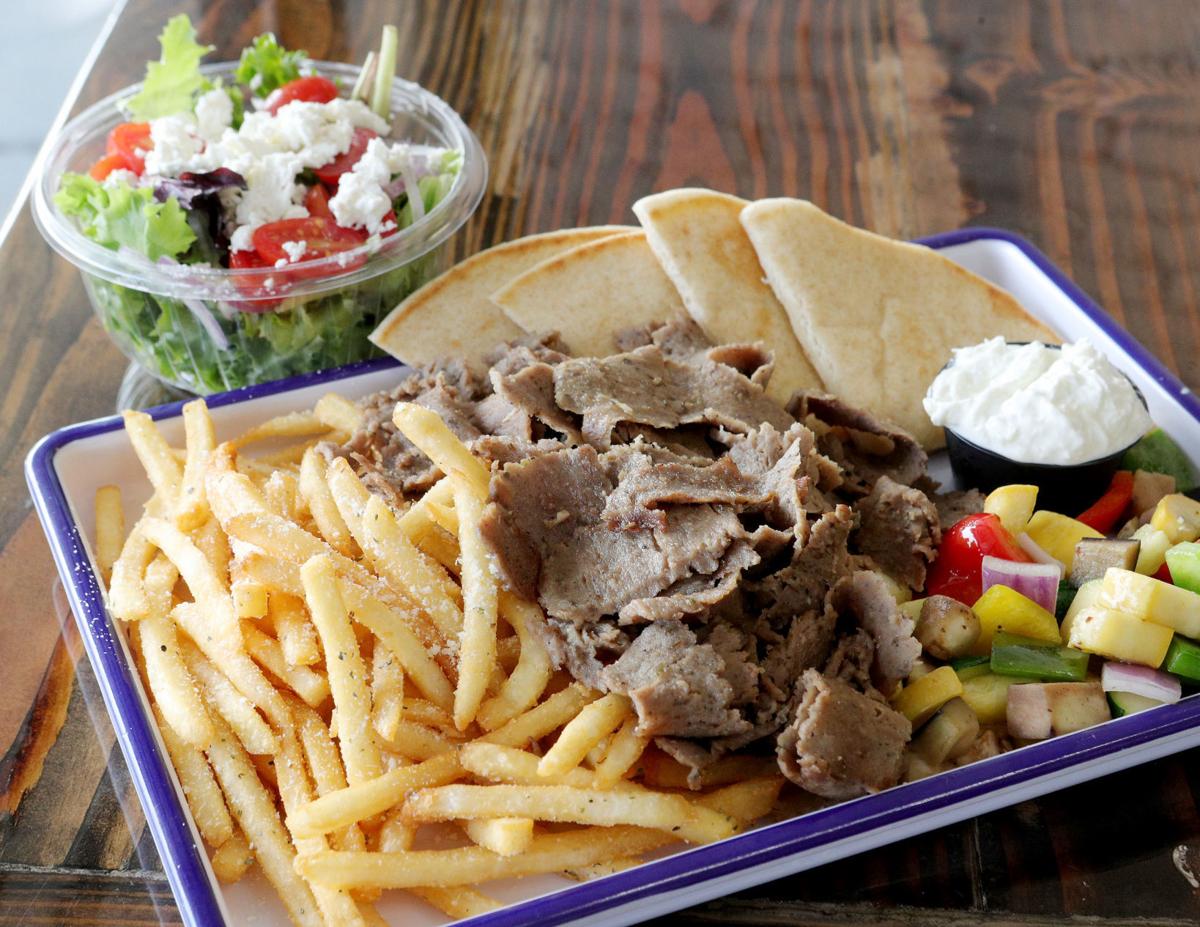 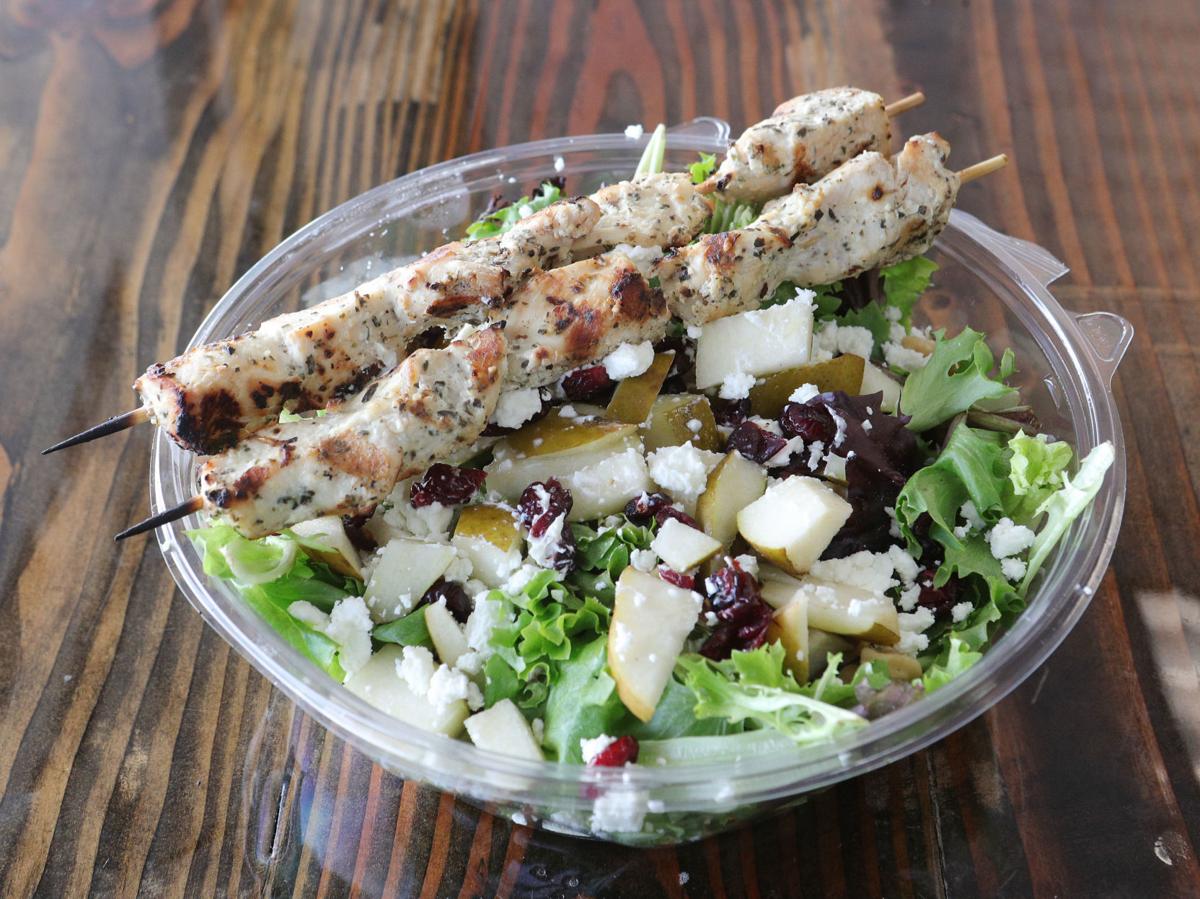 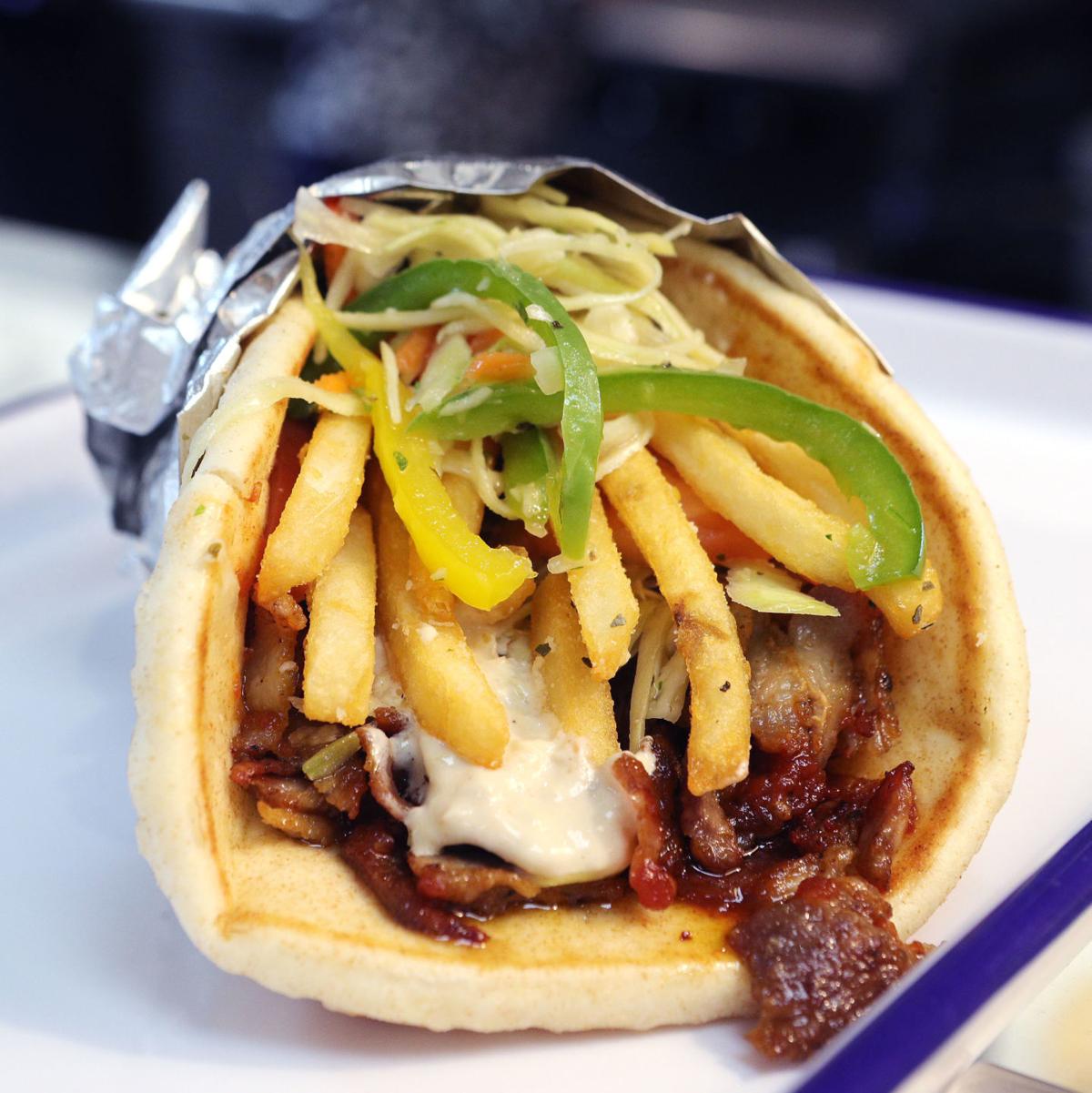 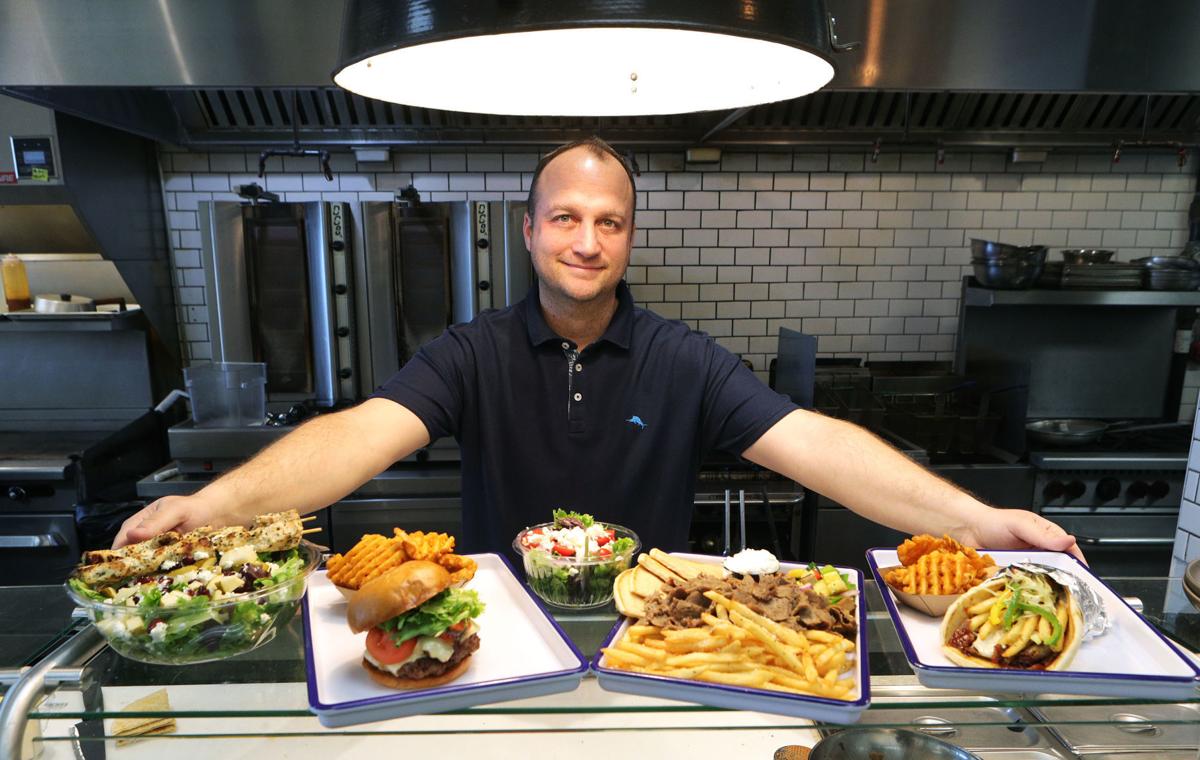 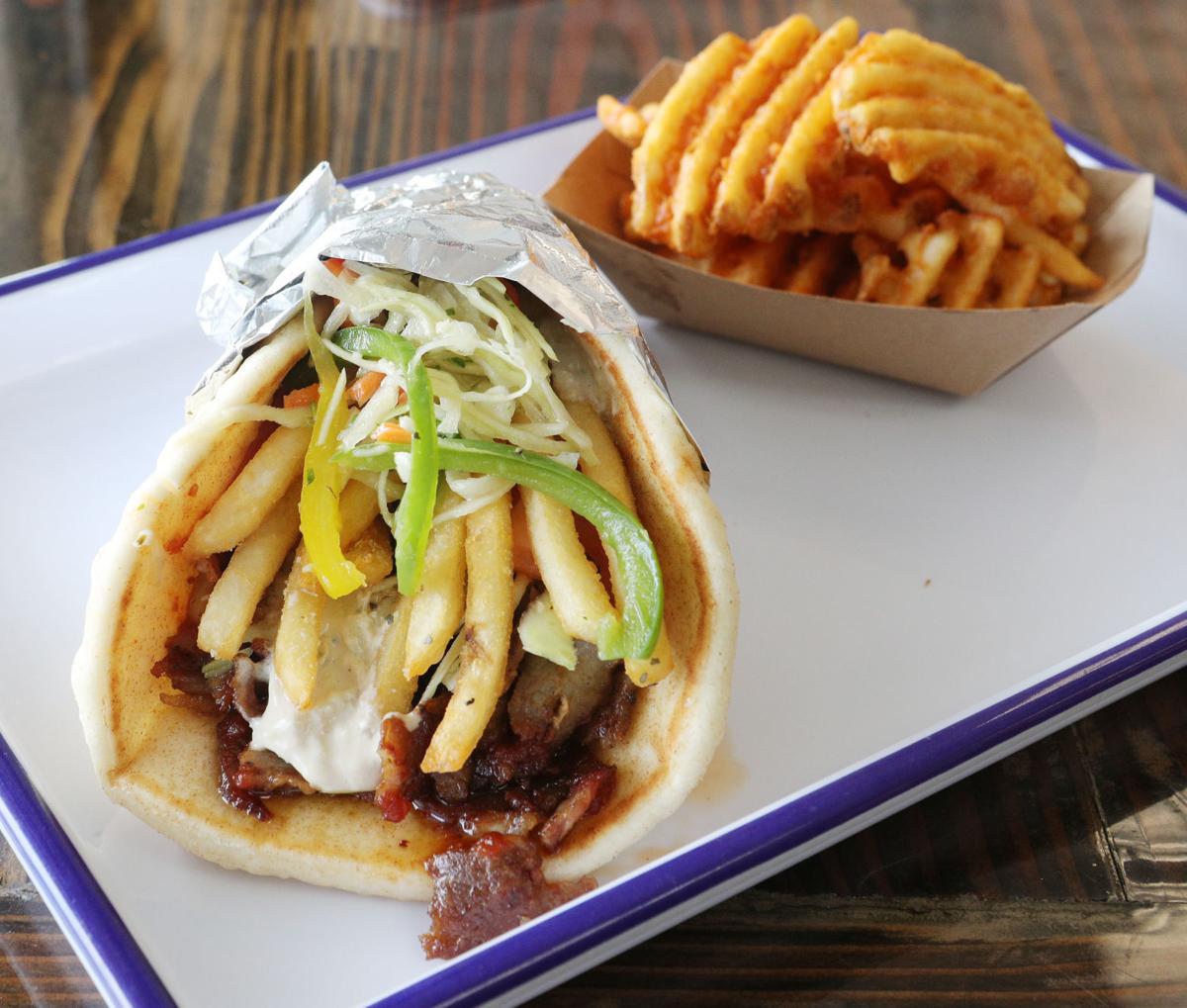 Nick Ballias, owner of The OG Original Greek in Somers Point, refined the menu to cater to what his customers want: quality food at afforadable prices.

Whether it’s a salad or a cheeseburger you crave, The OG has it all.

When Nick Ballias opened The OG — aka The Original Greek — in Somers Point, his aim was to offer area residents and visitors a healthy, inexpensive and, most importantly, unique culinary option to the typical pizza, pasta and Chinese offerings that overpopulate the area.

But like any good entrepreneur, the man who also owns the popular Wingcraft Kitchen & Beer Bar in Atlantic City has tweaked and, in some ways, reinvented The OG to fit the needs of the community even more than it already does.

“I really just looked at how customers were ordering and listened to what they were telling us and decided to simplify it and make it more of a fast-casual restaurant,” Ballias says. “We are right next to the ShopRite, so it’s a very fast-paced atmosphere, and there are a lot of people coming and going who are looking for great takeout food. So we designed the menu so it’s a little smaller and so we can focus and execute the items really well and quickly without sacrificing quality.”

Finding quality food done quickly at these prices is very difficult on the mainland, but The OG succeeds in every way. Yes, the menu is a little smaller, but all of the favorites remain, from their famous dips to the best burgers on the mainland to fresh salads and their top-selling gyros.

And while The OG always rooted itself in Ballias’ Greek heritage with American influences, the new Original Greek can be considered modern Greek American street food at its finest. In fact, you won’t find another place like it in South Jersey.

Ballias’ success at Wingcraft is all over the menu at The OG starting with its burgers that feature a special blend from New York butcher Pat Lafrieda. Hands down the best burger you will find on the mainland, The 100% mixture of black angus short rib, brisket and beef will knock you over with its flavor and perfect fat content from its simple cheeseburger ($7.89 single, $9.99 double) with lettuce, tomato and secret sauce to its crispy onion burger ($1 more) with crispy fried onions, lettuce, tomato and sweet BBQ sauce.

“We had a lot more variations of burgers when we started, but we honed in on what people were ordering and focused on those,” Ballias says. “Now we have toppings that people can order and create the burger any way they want it.”

Even the sweet and spicy sauce found on the pork gyro ($9.89) can be found on a Wingcraft shrimp dish. Here, it goes perfect with the tender, rotisserie Lafrieda pork, tomato, an Aegean slaw featuring peppers and onions, the OG’s new hybrid tzatziki remoulade and their signature pinch of French fries, which you will find on every gyro, as if you were roaming the streets eating in Greece.

Like Wingcraft, The OG’s chicken tenders and bites ($6.99 for six tenders, $8.99 for four tenders) rule thanks to the antibiotic- and hormone-free chicken and great choice of sauces. There’s even an amazing crispy chicken sandwich ($7.89) with lettuce, house-made pickles and secret sauce that will make you forget about Popeye’s very fast.

The gyros, of course, are the main attraction here, with the beef and lamb and grilled chicken skewer gyros (both $8.69) topping the charts thanks to the amazing tzatziki sauce recipe from Ballias’ mother.

“It’s the best,” Ballias boasts. “And it’s not just me saying it. Everyone who has it says it’s the best.”

This writer agrees. It’s the best. No doubt.

Other standout gyros (all $9.89) include the white truffle with rotisserie beef and lamb, a new Greek Po Boy with fried shrimp and Aegean slaw and a Greek meatball ($9.89) that is worth the visit alone.

“We used to only have it as a platter — and we still offer it as a platter ($13.89 with tomato, onion tzatziki, pita bread and choice of fries, rice or Greek salad) – but I started putting them together like a gyro, and for a while, it was all I was eating,” Ballias says. “They are addictive. So I put them on the menu as a gyro, and they are a big hit.”

Ballias also points out that all of the dips ($7.99 served with pita, $10.99 for any three) — including the tzatziki with its Greek yogurt and cucumber base, garlic hummus, sweet eggplant with onion and garlic, and spicy hummus with roasted red pepper and sriracha — are all his mom’s recipes.

Here’s a life hack: If you’re going to a party or event, order a party platter size of the Greek dips with pita, and you will be the hit of the party.

There’s a slew of great salads such as the pear and walnut ($9.89) with mixed greens, fresh pears, walnuts, dried cranberries and feta and balsamic vinaigrette; the goat cheese and vinaigrette ($9.89) with apples, walnuts and fig vinaigrette; and the Greek Salad ($8.89) a simple mixed green salad with tomatoes, red onion, olives, feta and The OG’s house dressing that made this fat boy into a salad lover.

Those plentiful healthy options are something Ballias says fills a void he saw in the area.

“Everything is done from scratch, in house,” Ballias says. “All of the sauces, all of the spreads, even the salad dressings. We don’t compromise on ingredients or quality, and freshness and value are our two top priorities. We take no shortcuts. When you start and end with the best ingredients, the best result is what you get.”

You might notice that Greek entrees like pastitsio are gone from the menu, but don’t fret. Ballias says he will soon begin offering nightly specials that will return some of the Greek favorites once a week, like pastitsio on Tuesdays and “maybe stuffed peppers or whatever on Wednesdays. We are working on it.”

So if you haven’t been to The OG, do yourself a favor and give it a try. You not only won’t regret it, but you will make it part of your everyday culinary routine.

“The concept has been massaged for the last two years, and I am really happy where it’s at right now,” Ballias says. “You won’t find quality food like this for the prices we offer. It’s modern Greek American street food prepared quickly and affordably without ever sacrificing quality.”

Between you and me: Want to make ordering really painless? The OG now offers online ordering. You can simply do this by going to the website or text OGREEK to 33733 to receive an immediate link to their online ordering system.

Do odds make a difference in craps?