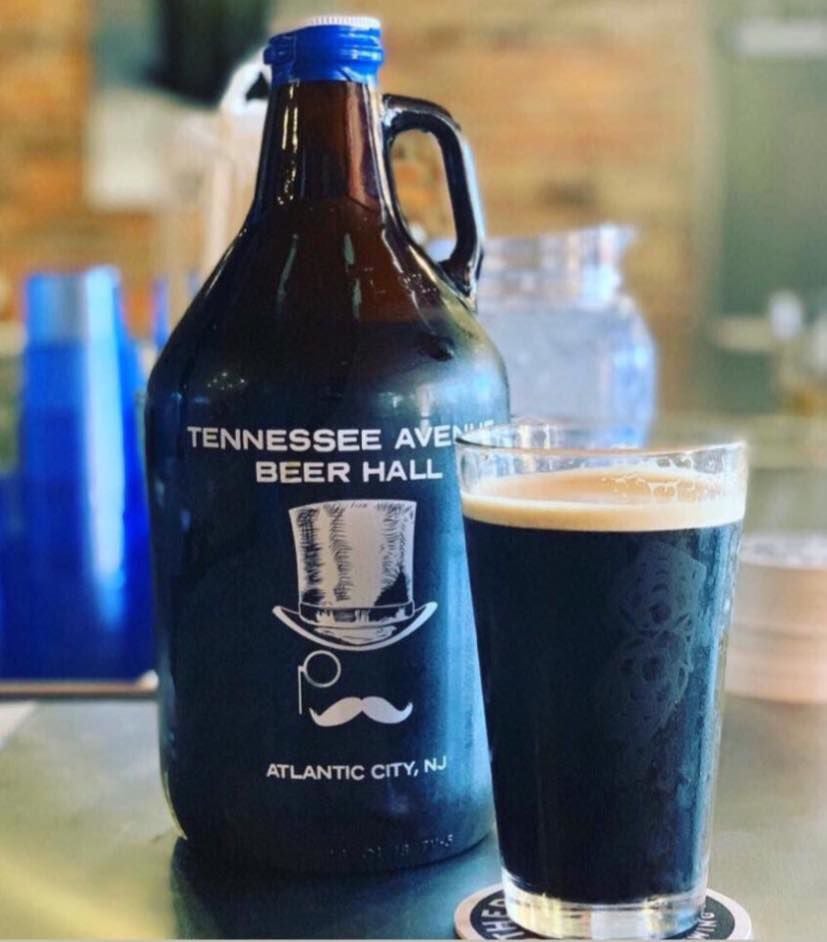 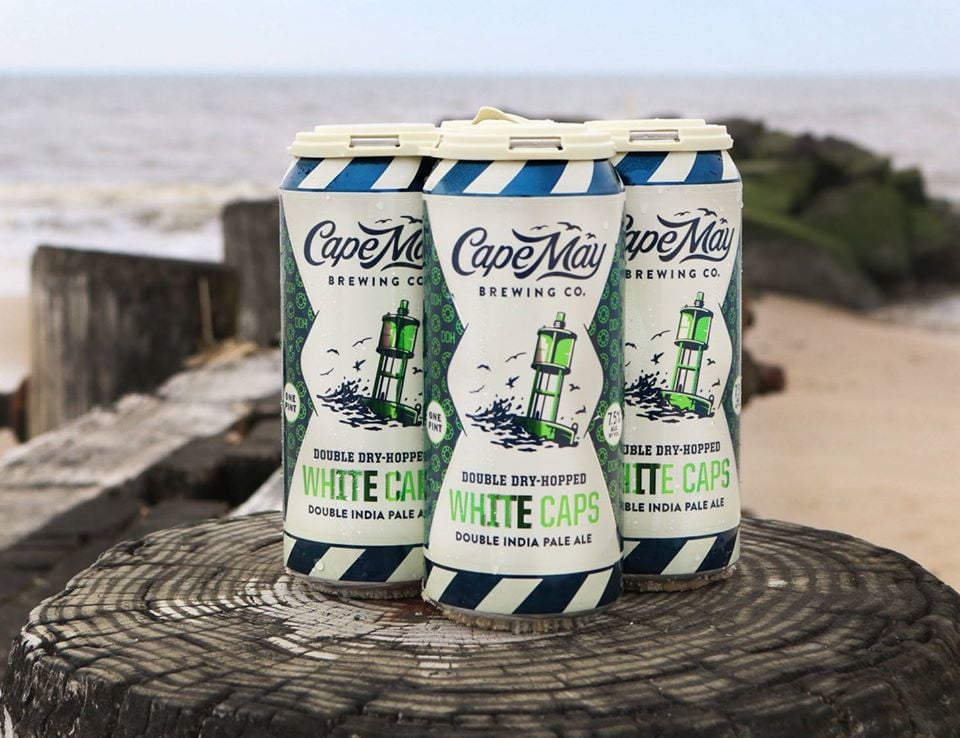 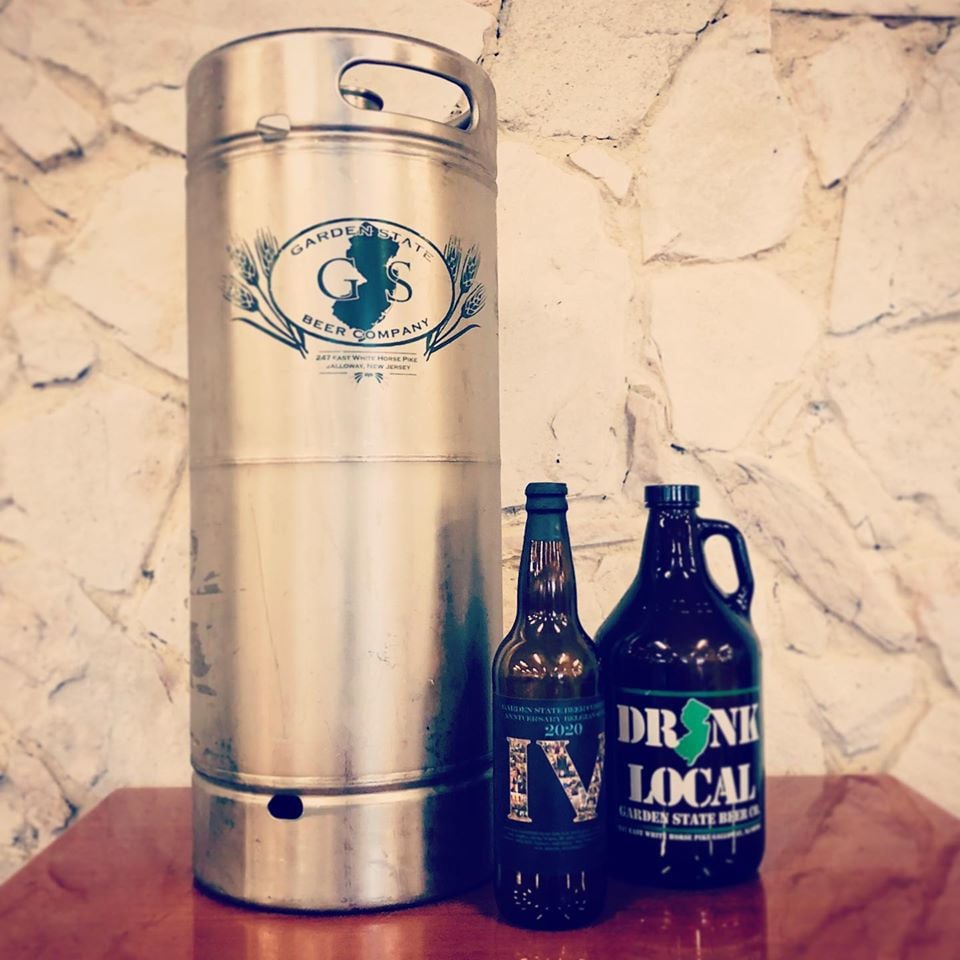 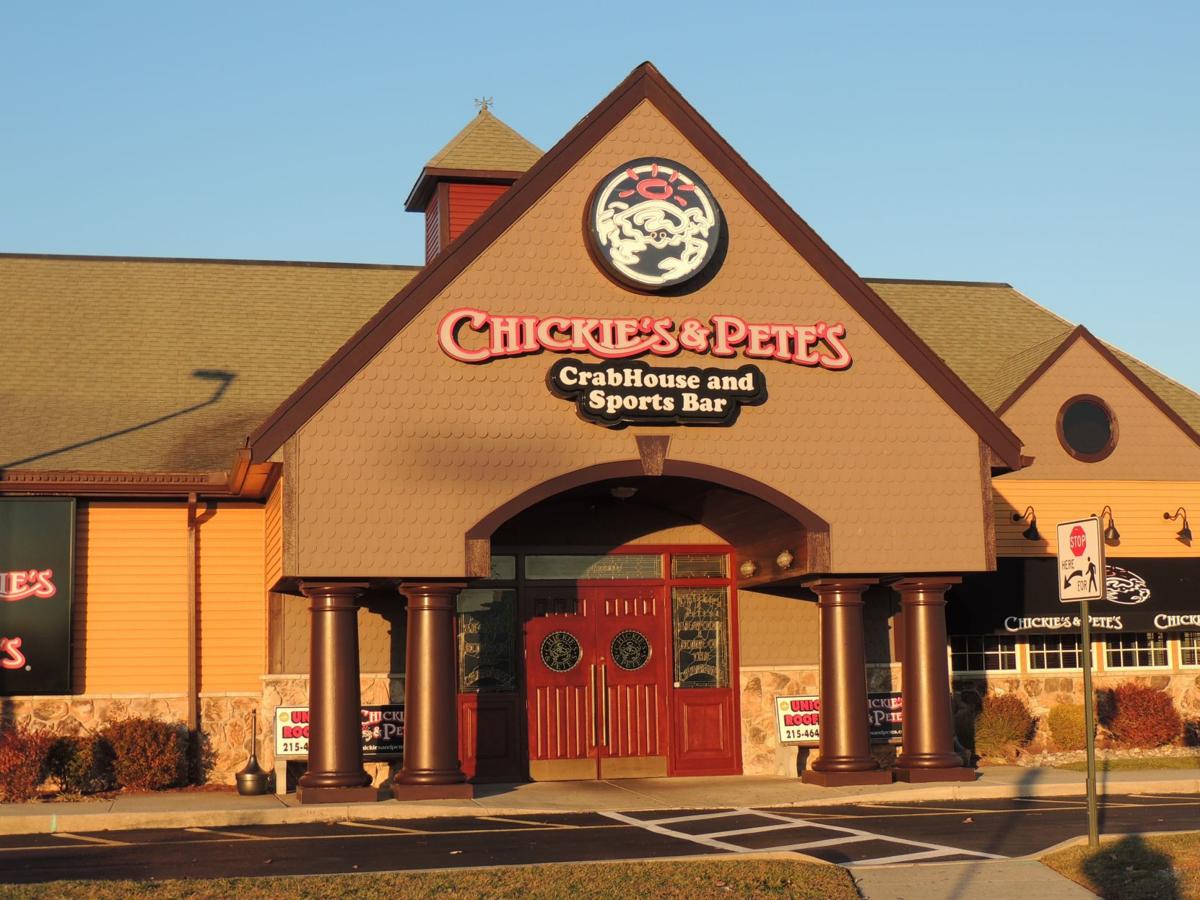 Head to the Black Cat for some great deals on beers to-go. 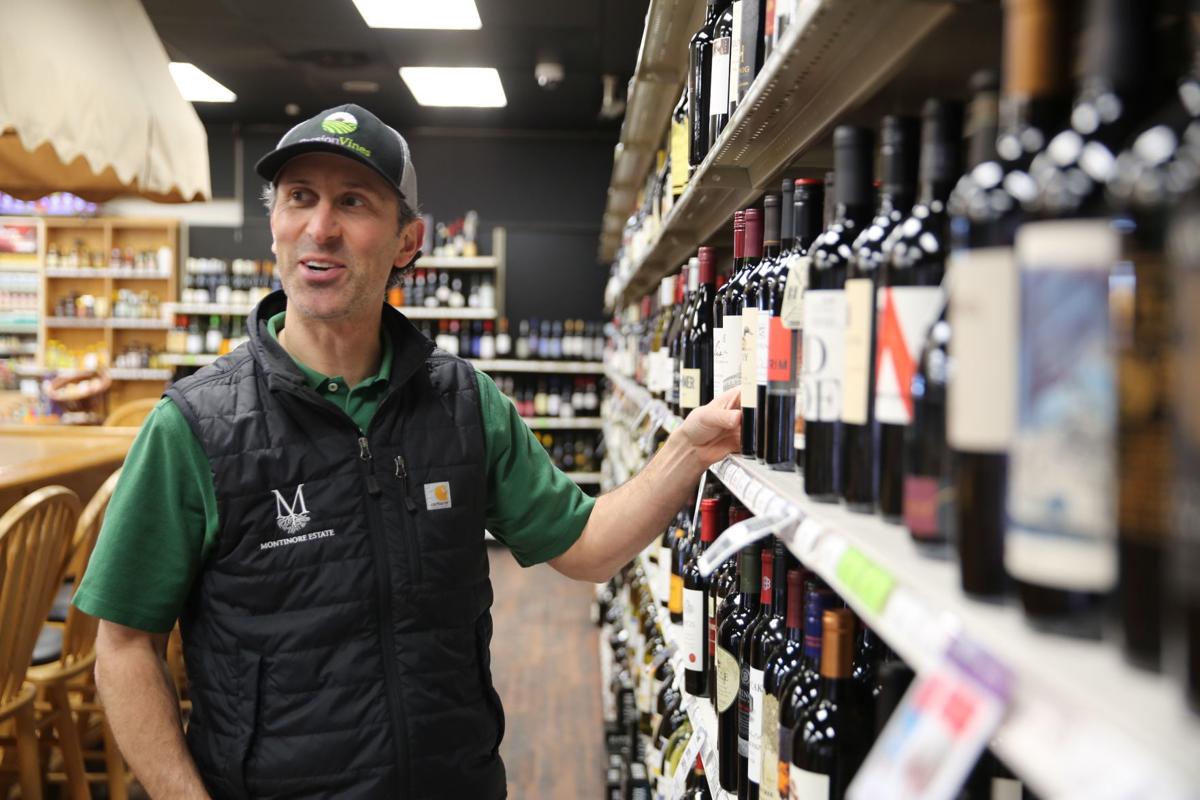 Head to the Black Cat for some great deals on beers to-go.

It was going to be incredible — two days, three sessions and more than 150 breweries. Live concerts from New Found Glory, Goldfinger and Against Me!, not to mention hordes and hordes of thirsty beer drinkers, all ready for a damn good time. Yup, the 2020 Atlantic City Beer & Music Festival was primed to be another blistering success, maybe the best one yet.

And then came the coronavirus.

In a matter of a few days, Atlantic City went from an entertainment and nightlife mecca to a town with nine dark casinos and an army of bars and restaurants unable to open their doors to the public in any traditional fashion. And along with the closures came mass cancellations of events and social gatherings. As a result, our beloved A.C. Beer & Music Fest has been sidelined for the time being, as South Jersey and the rest of the nation deals with the ongoing pandemic.

“Our whole thing is bringing people together, so it’s really tough” says Jon Henderson, the ringmaster behind Good Time Tricycle Productions, the production company that puts on the A.C Beer and Music Fest and a slew of other events in Atlantic City throughout the year.

“We hate to do it, but this is one of those situations where we have to just step aside and acknowledge that there are certain things we can control, and this is not one of them. But we know that come May … June … this should pass. People are going to want to go out. People will always go out and gather. This is a blip, a story to tell our grandkids. We’ve got a whole season to look forward to, we have just kind of picked it up and moved it,” Henderson says.

The good news is the A.C. Beer & Music Fest will go on, just not till Friday and Saturday, Aug. 7 and 8. As previously planned, there will be three sessions – one on Friday from 6 to 10 p.m. and two on Saturday, the first from noon to 4 p.m. and the second from 6 to 10 p.m. And yes, all three bands have signed on to play during the same slots they had originally been scheduled for.

“We got lucky,” Henderson says. Every band that we had originally booked said ‘we’re in!’ (when the new dates were proposed). When you think about it, it’s insane for it to work out so well when you consider how big the bands are and that everyone is trying to reschedule tours. We just got really lucky.”

And though the Atlantic City Beer & Music Fest is rescheduled, that still leaves South Jersey with the immediate issue of how and where to go about finding great beer while stuck indoors.

Socially speaking, things are dead when it comes to face-to-face fun. Folks are not going to be gathering for a while, but being cooped up at home for weeks (and potentially months) on end is going to be a heck of a lot more fun with a well-stocked beer fridge. Liquor stores are vital right now, and more and more of them are keeping up good stocks of craft beers. Places like Joe Canal’s in Egg Harbor Township, Passion Vines Wine & Spirit Company in Egg Harbor Township and Somers Point, Circle Liquor Store in Somers Point and White Horse Wine & Spirits in Absecon are packed with more beer options than you can dream of.

“Life at Passion Vines has been super intense,” says Michael Bray, owner of Passion Vines Wine & Spirit Company. “During this time beer sales have definitely increased, as the thought of being quarantined without it has caused people to stock up.” Though business has changed for Bray and many other business owners, it goes on nonetheless.

“We’ll keep doing what we’re doing as long as our team and community is safe,” he says.

Another fine option for suds is to hit up a beer bar or brewery. You can’t sit at the bar, but you can get what you need to bring the party home. With traditional operating thrown out the window, certain bars are opting to sell beer in six packs and cases. And some of these spots will be filling growlers and other containers with hard-to-find brews poured straight from the tap. Here are a few great spots offering options to go:

Tennessee Avenue Beer Hall has remained open since the coronavirus situation began. In addition to the incredible gastropub takeout menu, this Orange Loop favorite features more than 40 taps of craft beers for curbside pickup from 11 a.m. to 8 p.m. Tasty options include Zoe from Maine Beer Company, Sip of Sunshine from Lawson’s Finest Liquids and MC2 from Equilibrium Brewery. And they are available at a super price: You can have your 64-ounce growler filled for $15, (if you don’t have a growler, you can purchase one for $5). Bottles and cans are available as well, and you can mix and match till your heart’s content (four for $12). Tennessee Avenue Beer Hall is located at 133 S. Tennessee Ave. in Atlantic City. Go to TennesseeAvenueBeerHall.com.

Open daily from 3 to 8 p.m. this local brewery offers a variety of Jersey-made taps to indulge in. The brewery is offering growlers to be filled as well as sixtels (prices vary depending on which beer you choose). Some of the options here include Cream of Crop Cream Ale, Blue Jersey American Wheat, Leeds Point Wicked Porter, Galloway Golden and Nucky’s Imperial Double IPA among others. Their Belgian Quad is available in 22-ounce bombers as well. Garden State Beer Company is located at 247 E. White Horse Pike in Galloway. Go to GardenStateBeerCo.com.

A popular haven for beer lovers in South Jersey, the Chickie’s & Pete’s in Egg Harbor Township is now the lone option for the foreseeable future, as the other location in our area is inside the temporarily shuttered Tropicana Atlantic City. Luckily, EHT has stepped to the plate, offering a selection of beers to-go in six packs alongside their awesome food menu, which features everything from burgers and wings to their famous Crabfries from 11 a.m. to 8 p.m. daily. Call in your takeout order today. Chickie’s & Pete’s is located at 6055 E. Black Horse Pike in Egg Harbor Township. Go to ChickiesAndPetes.com.

Black Cat has been a beloved go-to spot for locals in the Absecon area for decades, and despite the pandemic they are managing to keep their doors open to the public for takeout. And that includes beer! While not a craft beer bar, the Black Cat offers classic old-school favorites such as Bud, Miller Lite Coors Light and Yuengling in six packs. But the drafts are where the really exciting options start. Bring in any container that has ounces marked on it and Black Cat will fill it with fresh draft beer at the incredible rate of just 7.5 cents per ounce. Yup, that means a gallon of beer for just $9.60. Premium brands like Sam Adams, Stella and Goose Island IPA can be had for just 14.5 cents per ounce. But you must supply the container. Black Cat Bar & Grill is located at 1 N. Shore Road in Absecon. Go to BlackCatBarAndGrill.com.

One of the most successful breweries in South Jersey’s booming craft brew scene, Cape May Brewing Co. is not only staying open for business during the pandemic, they are offering both pick-up and delivery options to those living in Cape May and Atlantic Counties. Folks can stock up on favorites from noon to 7 p.m. at their Brewtique or can opt to have the suds come to them via delivery by calling 609-849-9933. And just in case you needed another good excuse to call, Cape May Brewing Co. has just released a brand new brew this week called Double Dry-Hopped White Caps Double IPA. We haven’t had a chance to sample it yet, but word on the street is that it’s juicy, smooth and incredibly drinkable. Cape May Brewing Co. is located at 1288 Hornet Road in Cape May. Go to CapeMayBrewery.com for more info.

While the normal crowds are gone, the beers are as tasty as ever at these spots. But the tricky thing for many of these businesses is getting the word out that they are still selling beer to-go.

“Honestly, we hoped for more sales, but we are seeing some people order growlers from our 40 taps and mix and match our 100 bottles and cans, says Scott Cronick, owner of Tennessee Avenue Beer Hall in Atlantic City. “We cut our prices to help lure some people. Those who have ordered seem really appreciative that we are there for them. So we will keep pouring.”

And as long as they are pouring, we imagine folks will be sipping. No matter how dire the crisis may be, beer just makes people happy. And we all could use a bit of happiness right now.